The Catalan Fashion Week is a wrap, so no better time to look back at the best brands showcased at 080 Barcelona Fashion’s event.

Hosted from the 26th until the 29th of April, the event held digitally for the second time. It was the 27th total edition. After good results from the September catwalks, the Catalan fashion week returned to present the collections in fashion show film format.

There were a total of 22 designer brands and was fully streamed from the website 080barcelonafashion.cat.

080 Barcelona Fashion is the fashion platform of Catalonia and has definitely established itself as a benchmark in southern Europe. They take pride in committing to innovating, creativity and sustainability. With its diverse variety of brands and creators, they’ve been working on turning the Catalan Capital into a hub of talent and creativity. There is no other platform that fuses fashion with spaces of the city where it takes place. Which makes it even more special!

Now that we know what exactly the event is about, lets dig deeper into the two brands that caught our eye at TNC, during this special event.

The first brand is EÑAUT.

Created by Basque designer Eñaut Barruetabeña in 2018, the brand’s aesthetic is characterized by embracing minimalism, art and design to dress a modern man. 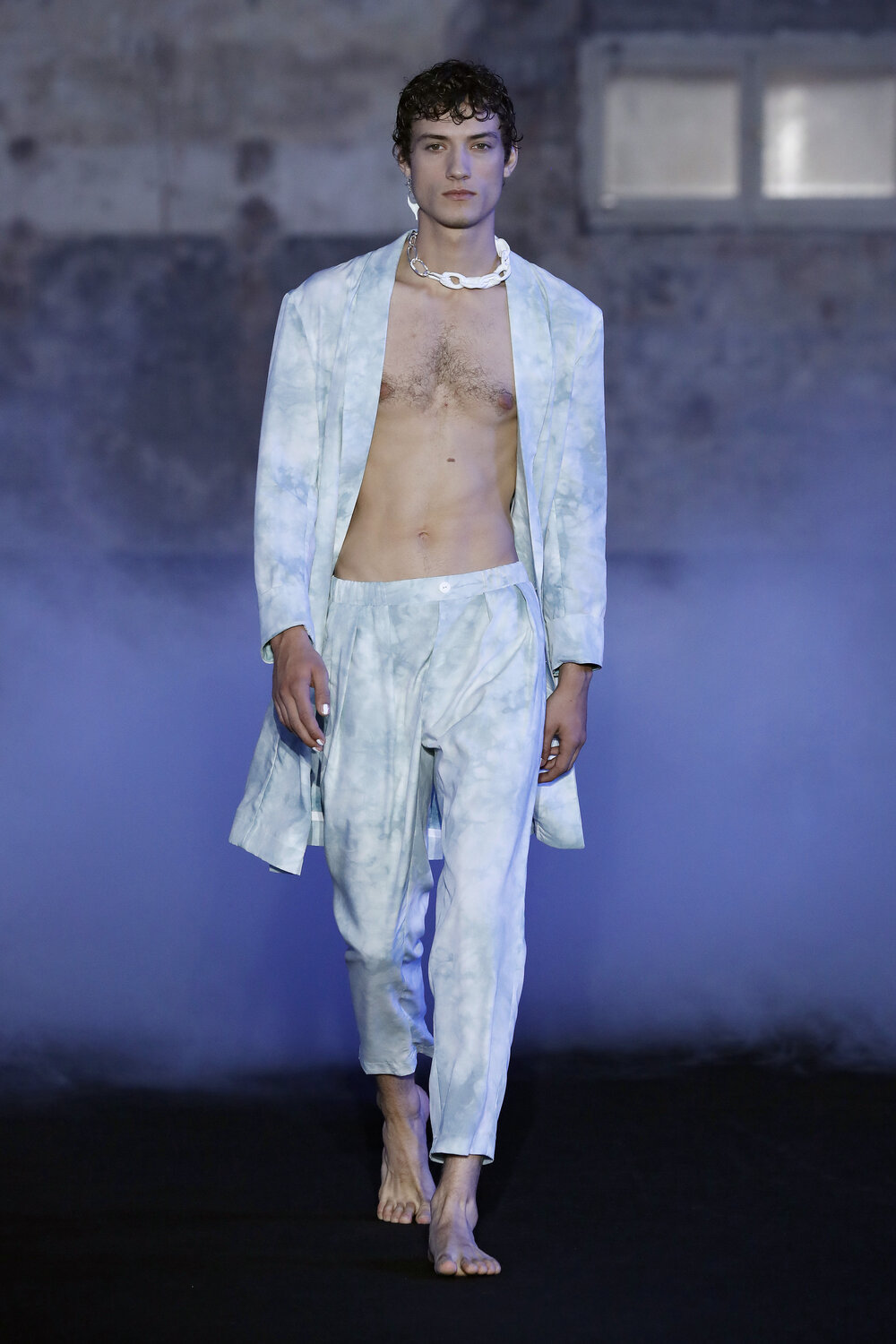 He made his debut at 080 Barcelona Fashion in June, 2019, presenting “Newfoundland”, which won the award for best emergent design collection.

The second brand that really caught our eye was LR3.

They’re a slow fashion brand, meaning they do their own thing. They don’t follow the system of fashion seasons. They want people to think of their clothes as timeless pieces, that never go out of style.

They don’t have genders, no trends, no sizes, no nothing. By transforming all negative aspects of the industry they created their own ethos.

Check out their video here.