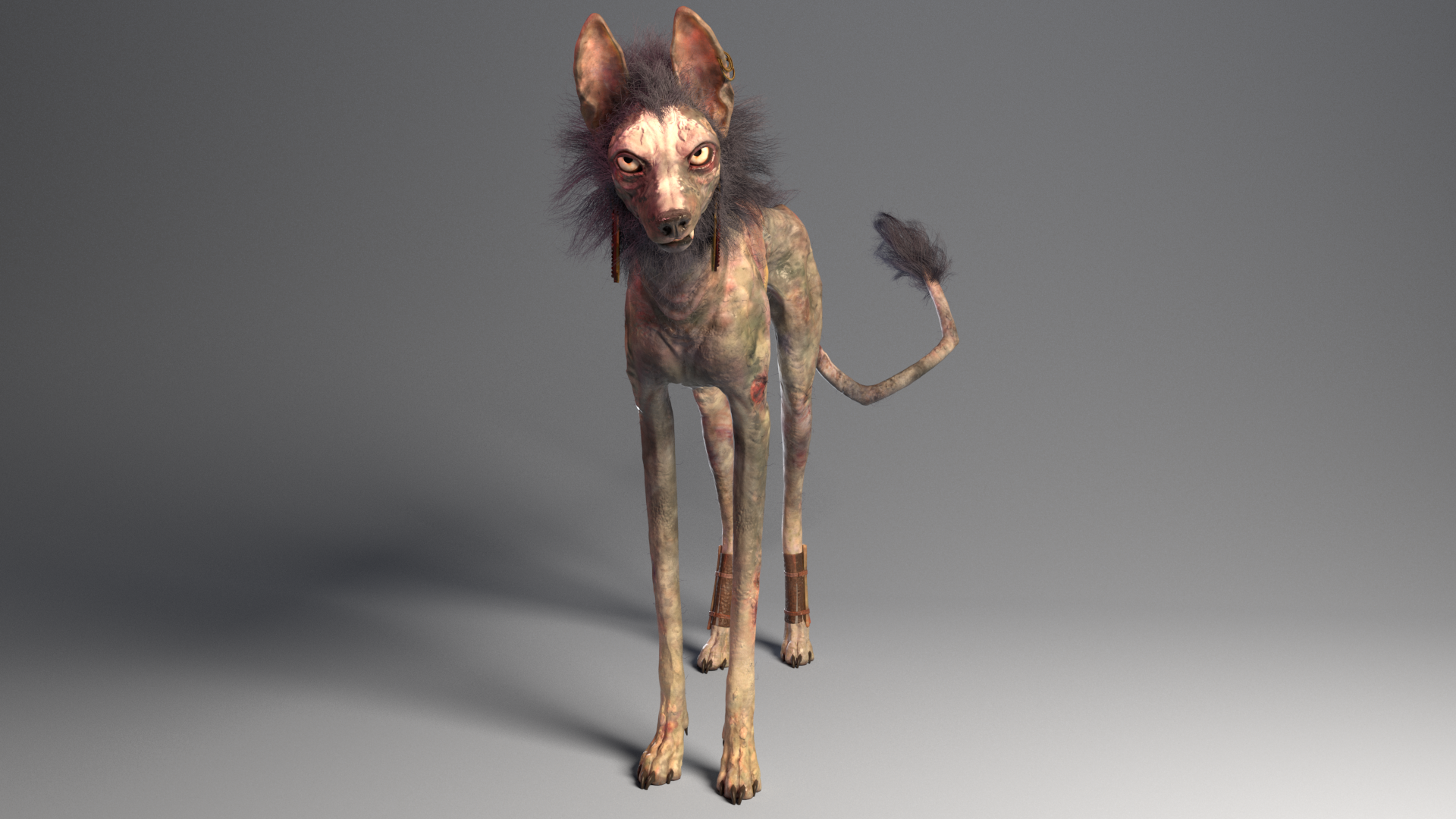 With summer now in full swing across the Northern Hemisphere, and the heat insidiously settling itself in for the next few months, it seems that the Dog Days are truly in sight.

‘Dog days’ refers to the hottest days of summer which, historically, were marked out by the heliacal rising of the star system Sirius — known colloquially as the ‘Dog Star’. Ancient greek astrology connected this period with chaotic upheaval — droughts, unbearable heat, lethargy, sudden thunderstorms, and, crucially, mad dogs.

But for graphic designer, Kheelk, it seems that every day is a Dog Day. Emaciated dog faces, 3D-rendered scenes of dogs in creepy bathrooms, and deformed canine caricatures make up much of her body of 3D work. 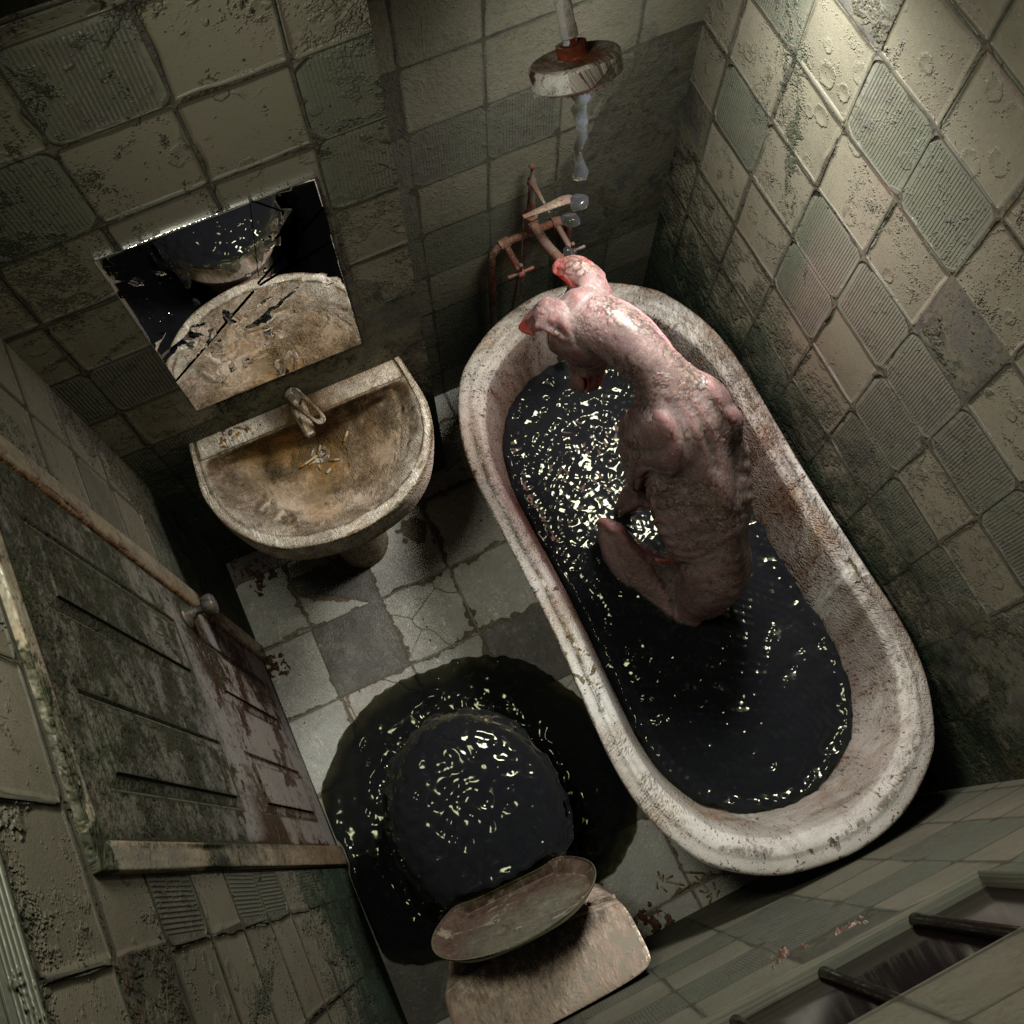 “I’ve always found animals to be more visually interesting than humans,” Kheelk, AKA Anka Reczynska, told us at TNC.

As well as their fascinating anatomy, Anka maintains dogs’ specific power in expressing sadness. Her detailed and often dark renditions hark back to videos she saw in her childhood of dogs being abused.

“It just impacted me emotionally so deeply that I started to express my own sadness though a dog’s form,” she told us, “seeing something innocent and pure, getting hurt by humans, we should know better…” 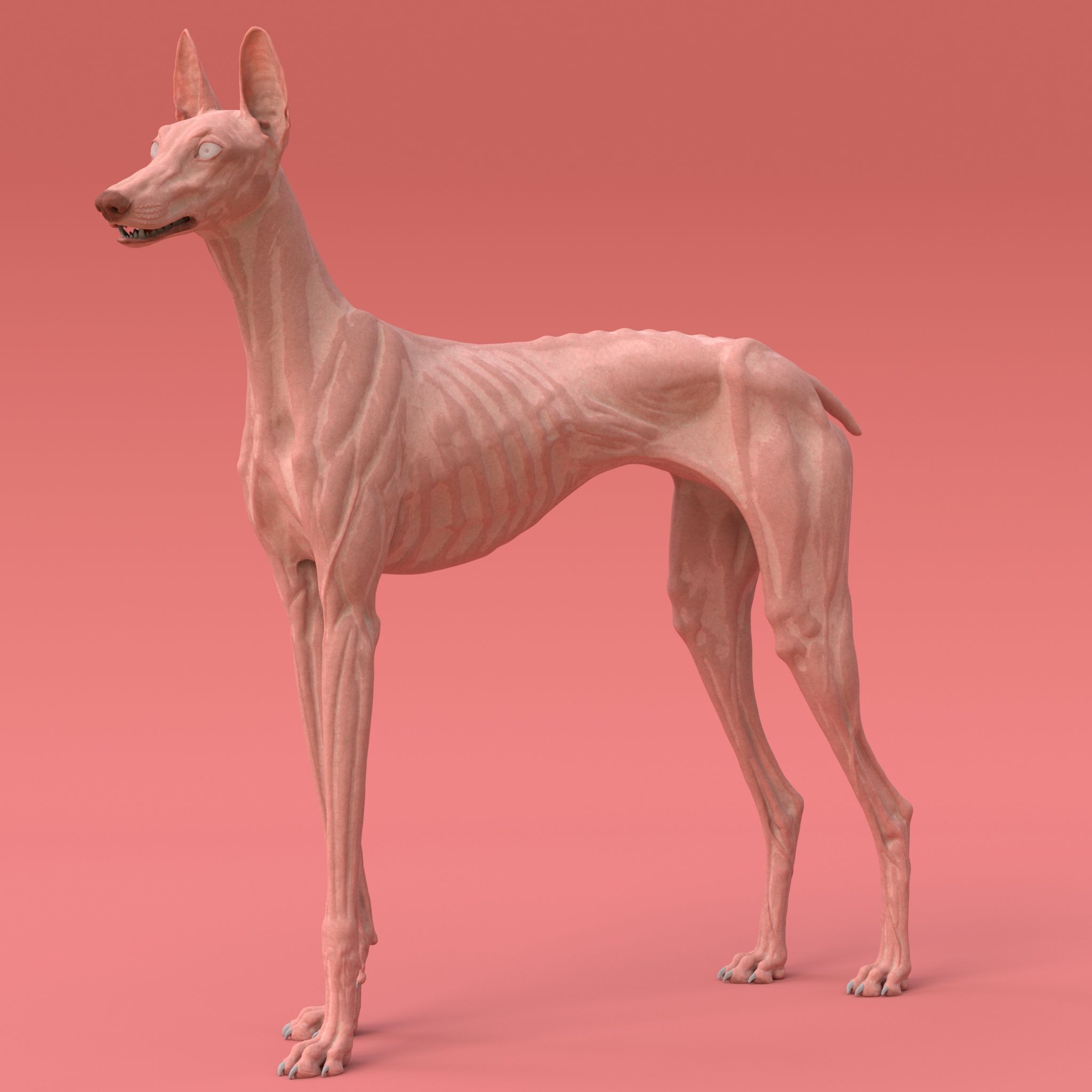 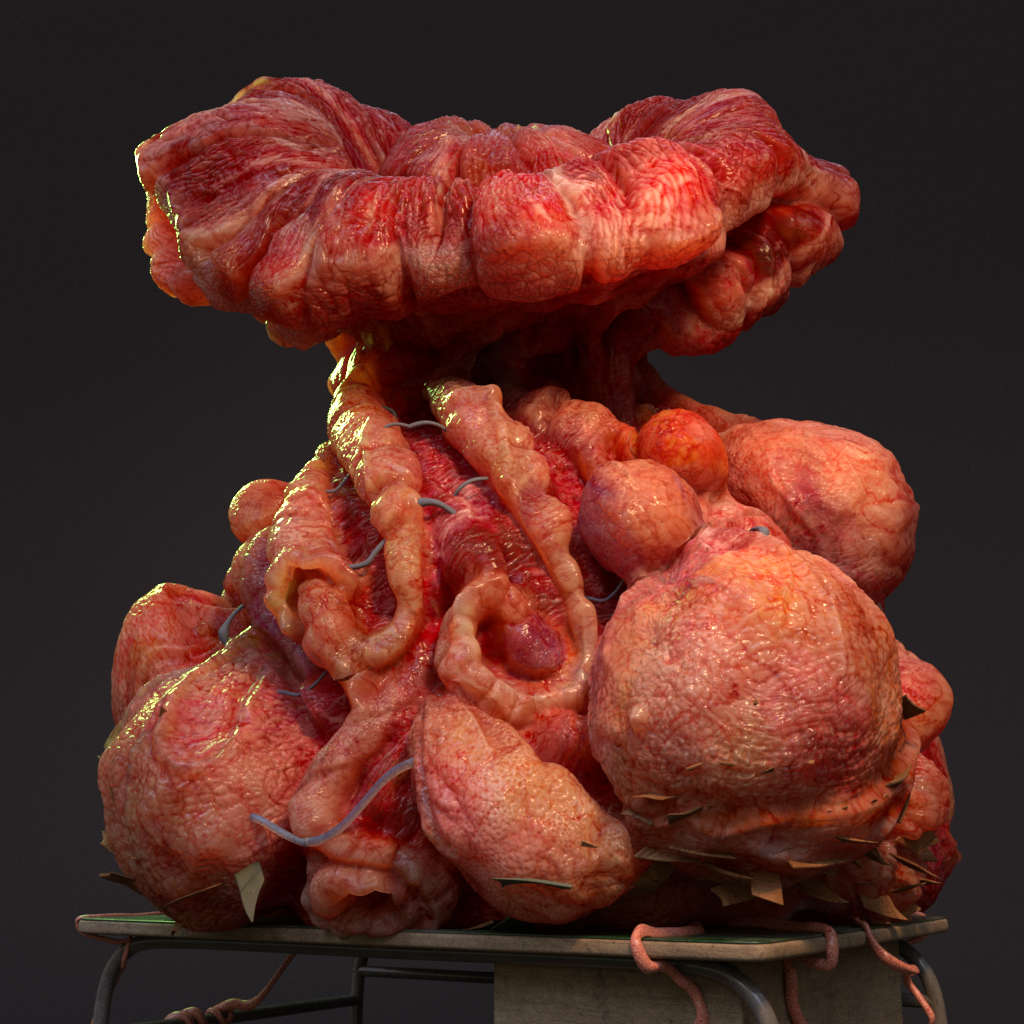 Generally, her work is imbued with a sense of the dark  — from the intimidating and the gross to the downright doomed. The untamed lethargy and wildness of Kheelk’s dogs situate her pieces in an infinite loop of Dog Days. But the designer’s process is anything but lethargic.

Her 3D animation of a dog in an overflowing bathtub of slime took “weeks and weeks of rendering.” The beguiling animation was inspired by an old piece she had laying about in her sketchbook of a dog stuck in a toilet.

With each new piece, Kheelk pushes herself to learn a new technique; “I always try something new so I decided to learn water simulation as well, hence the overflowing bathtub of slime.” And it’s the slowly overflowing toilet and filling-up bath full of gooey, reflective slime which makes this piece so captivating.

Like many artists, Anka’s process isn’t straightforward or linear. Her “constant productive flow” sees her jumping from project to protect, starting new things, and switching between styles until completed pieces make their way into her ever-expanding “little zoo” of animated creatures.

Anka’s graphic design career begun as all brilliant ones do — on Microsoft Paint, which she used for drawing and making collages as a child. At age 12, her father gifted her a drawing tablet and she got involved with online drawing groups, but learning to draw in this way didn’t suit her.

“I never really liked studying how to draw properly and it stressed me out so I didn’t see it as a viable career,” Anka told us over email. It was video games that lead to Anka’s interest in 3D, and subsequent enrolment in game design courses in Poland and The Animation Workshop in Denmark. 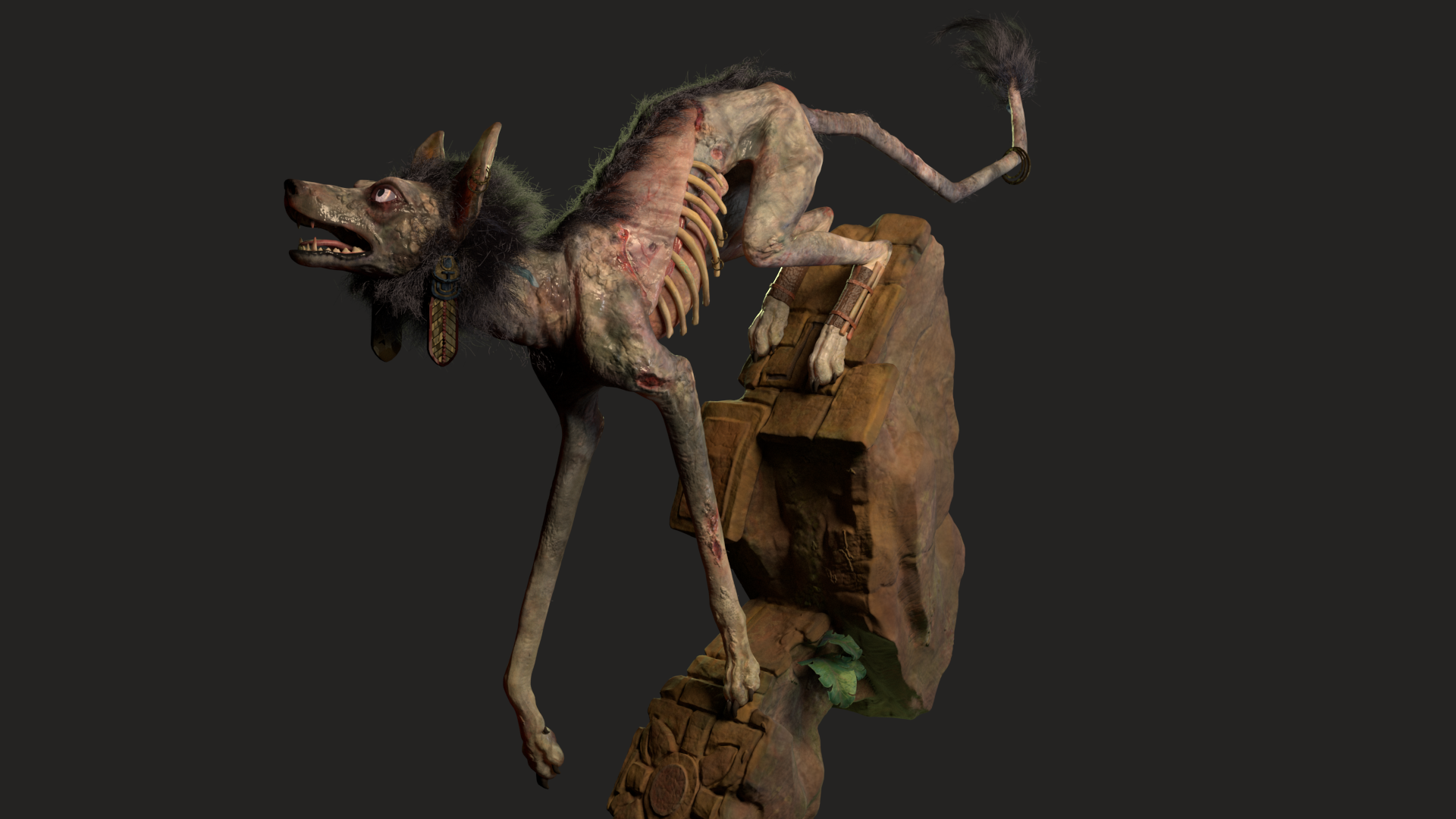 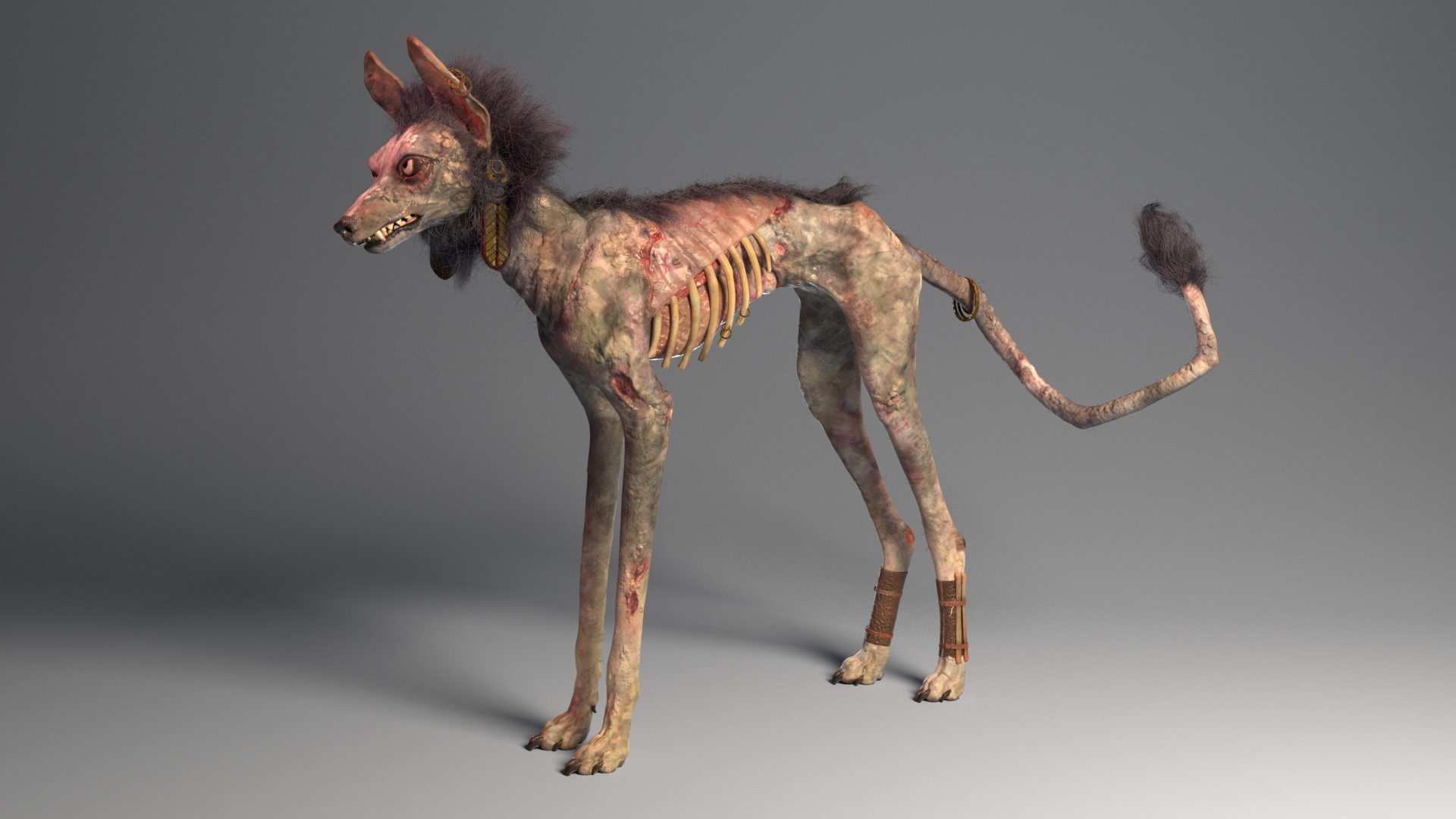 Learning the programmes came easily to Anka, who has always been good at “computer stuff”. Growing up with a “massive tech geek” for a father, and a progression of increasingly sophisticated graphic design tools, Anka settled naturally on 3D as a medium for creative expression. And the results are stunning and unsettling in equal parts.

“It’s a perfect marriage of technology and art,” she says, “I’m really passionate about it, it’s such an insanely diverse medium.”

With a “huge list” of projects in her head, Anka’s Dog Days are far from over. Big things are on the horizon— unpredictable storms, dogs bewitched by the heat, cooling off in bathtubs of slime, and an era of Kheelk. 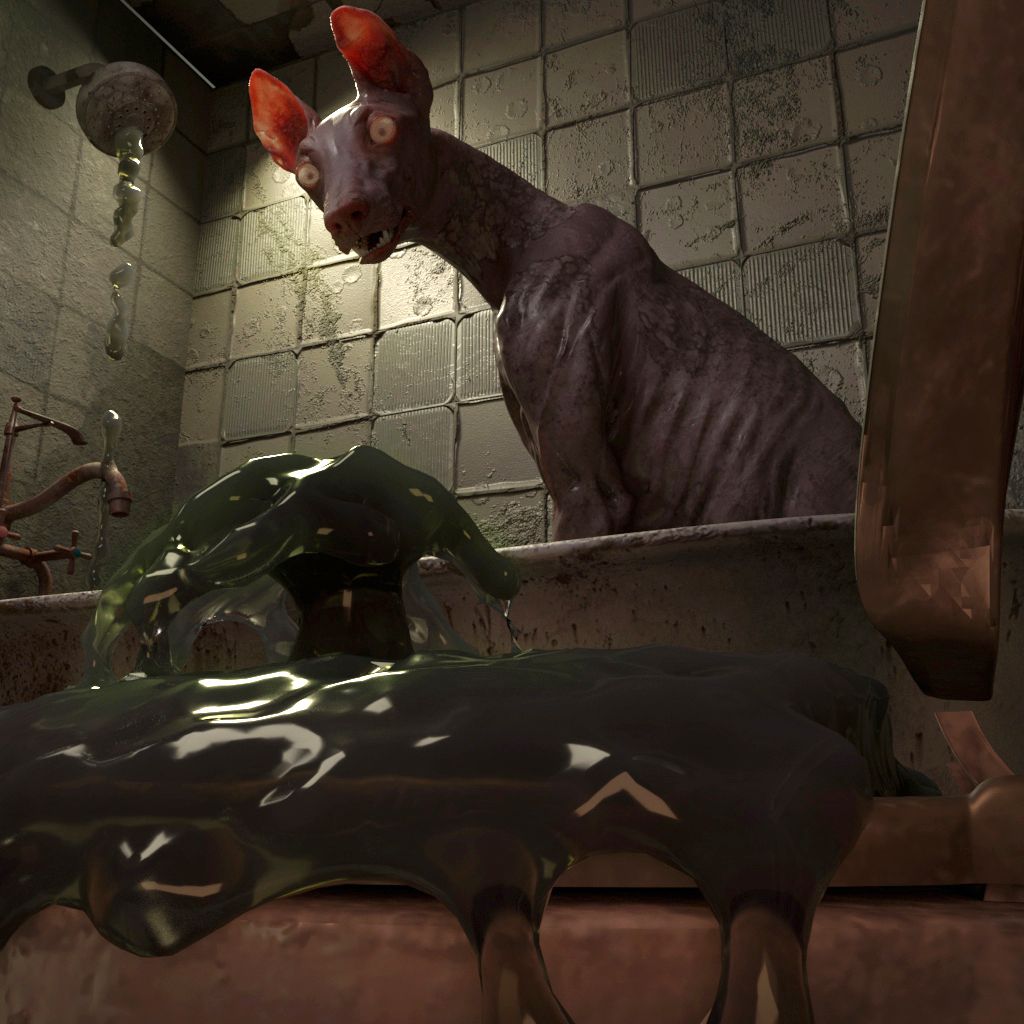 “There are always tons of things that I want to learn and do. I’m insatiable.”