Canada born, CSM graduate Paolina Russo sums up her brand philosophy in one phrase — “now you see me.” As a child growing up in suburban Canada, the designer describes a childhood of summers spent making art and watching animé in her room, and winters, taking part in snow sports.

Her relationship with clothing began when she realised that she didn’t want to look like others, but to define her own look. Once embarrassed about her big feet, she then realised that she could wear shoes that others couldn’t and decided to embrace her differences, eschewing her childhood shyness. Very, “now you see me,” right? 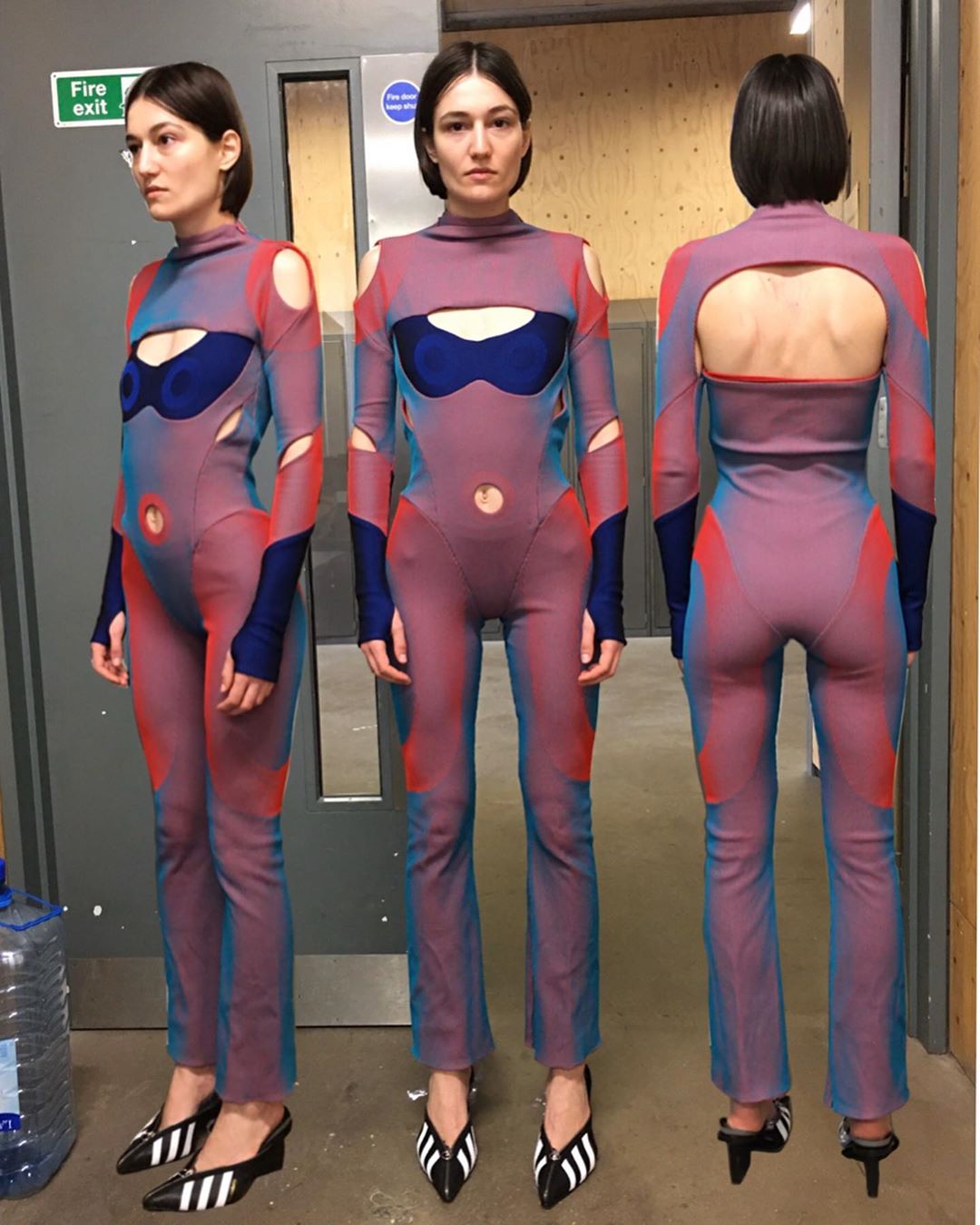 Russo’s flair and creativity have translated into three collections — each as colourful and unconventional as the next. The designer has also collaborated with Adidas Originals to create some of her most daring yet wearable pieces.

Her reflective illusion knit two-piece are some of the pieces in her Adidas Originals collaboration that have become most widely worn and synonymous with Paolina’s brand. The pieces, which mimic the illusory effect of holographic images, are a microcosm for the designer’s larger style and ethos — childish, boundless imagination meets with contemporary design practice and silhouettes. 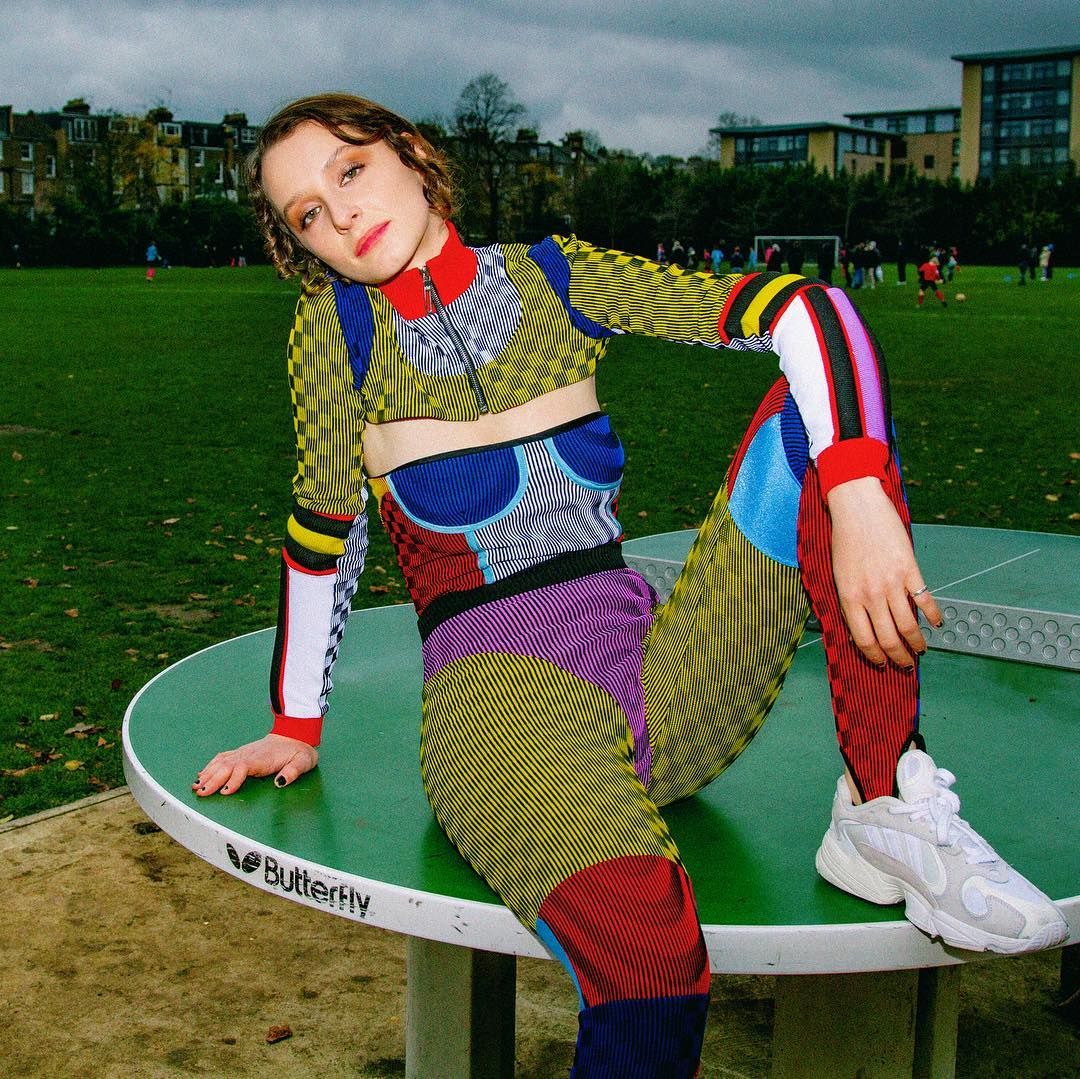 Her material choice veers towards the unconventional and the up-cycled. Her innovation has led to the use of old sporting equipment, worn-out trainers, and scrap yarns when assembling garments.

Her infamous Sneaker Corsets demonstrate Russo’s innovative up-cycling flair, as well as her knack for combining sportswear materials with thoughtful, feminine silhouettes, and have been worn by the likes of Rita Ora and Bella Hadid.

With her BA collection earring her the prestigious L’Oreal Professionnel Young Talent Award in 2018, and her second ever collection shown at Paris Fashion Week the following year, Paolina Russo’s career trajectory is set to mirror her boundless imagination and ambition.