Editor’s Pick: Queer Photography Matters, It Always Has, And It Always Will

Why is it that humanity has this sort of obsession with legacy? With that idea of what we will leave behind once we die, what we will be known for or how “people” will remember us (whoever those “people” maybe)? Why did cavemen paint walls with scenes of their lives? Why did emperors immortalize themselves in stone? Why did we erect statues of soldiers, both fallen and victorious?

Historians would say that they were simply a valuable contribution to history, something to be passed on to future generations so that they will know what truly happened. Taking us back to that whole legacy thing again. Some would say these records of the past matter so that those very future generations won’t repeat the same mistakes of their ancestors… And of course, we all know how well that works out, ahem.

Anyway, getting back to the matter at hand, perhaps there’s a sort of narcissistic element to all of this. One can hardly look at a ridiculously large portrait of a monarch at any point in history and not think there was a pretty big ego involved. The same thing might happen when you open someone’s Instagram and it’s full of selfies.

Today most of us immortalize anything and everything in our lives and share it on social media. Maybe it has to do that we seek out representations of life that resonate with us to not feel alone, to feel part of society.

Although at times a blatant ableist form of narcissism, photography has long been a tool that gives visibility to the invisible, voice to the voiceless, and documented the truths of those who saw their right to existence denied. And today, we are specifically talking about queer photography.

Why? Because we want to, that’s why. And because it matters, it always has, and probably always will. 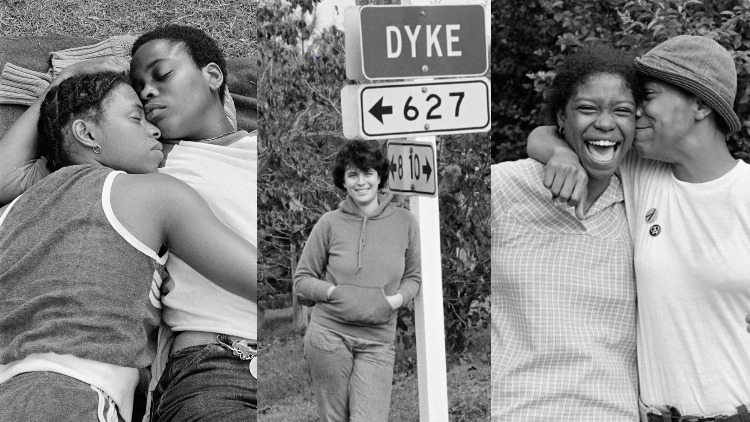 Truth is, we owe it to to the valiant photographers who stepped up to capture what no one else would. Knowing that at that present time, their art would not be embraced easily, if at all. And yet they were able to see the value in it. Scratch that, not just the value, the importance of it. The fact that these lives, the existence of queer communities needed to be captured for posterity. So that future generations knew that queer people, as well as other marginalized communities, have always existed, they were simply denied visibility. Who knows if back then, queer photographers were aware of the ramifications of their work.

Photographers such as Joan.E.Biren, known as JEB, began photographing lesbians in 1971 to strengthen the liberation movement. At a time when it was impossible to find authentic representations of lesbian relationships, JEB began to collate a collection of black and white portraits of lesbians in their everyday lives. These were revolutionary.

You can’t build a movement without being seen. – JEB

There are of course examples of photographers who, despite not being queer themselves, contributed to the queer struggle. Diane Arbus took it upon herself to lay her photography at the disposition of those who needed representation throughout her career during the 40s up until her death in the 70s. Being one of the first photographers who breached that distance between subject and photographer. Humanizing her subjects, rather than objectifying them.

However, up until recently queer narratives have been largely exploited and distorted when presented through non-queer lenses. 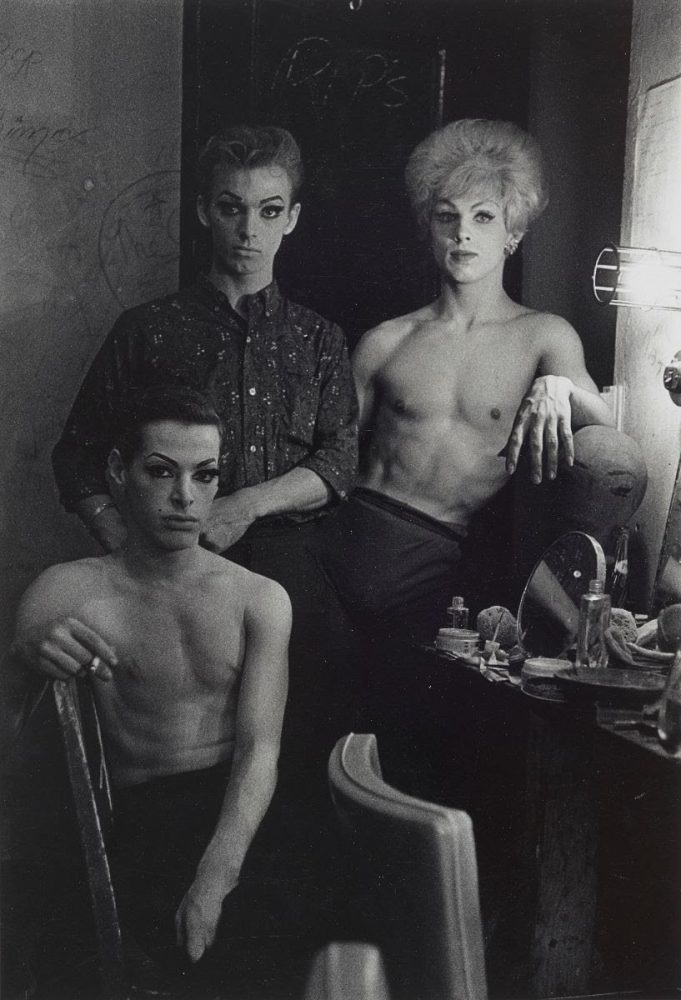 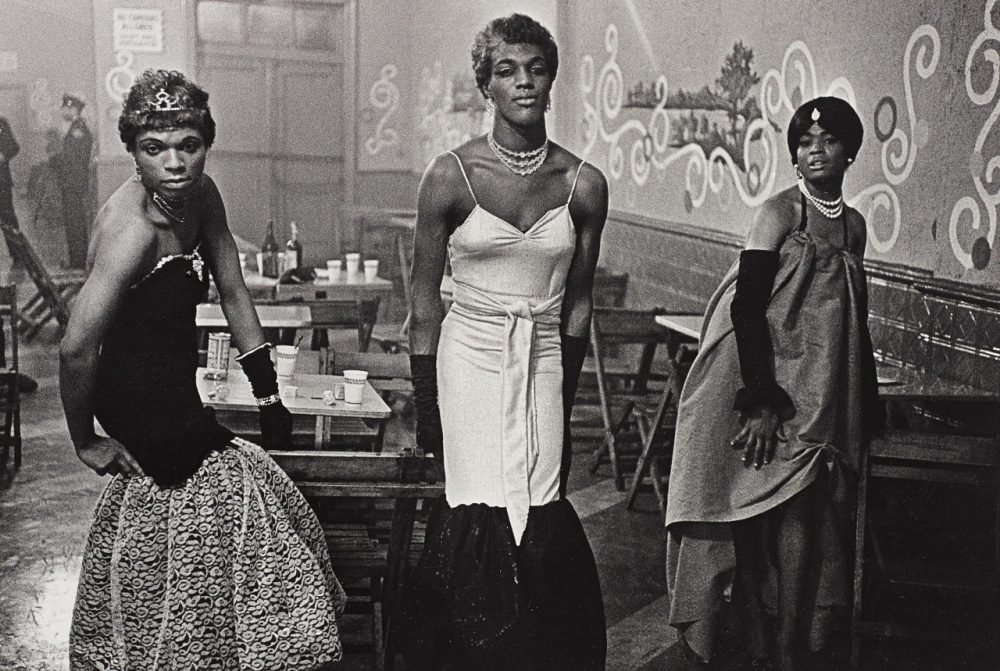 Why We Need Queer Photography Through The Queer Lens

When one questions the validity or importance of queer photography through the queer lens, perhaps they should open their eyes a little bit and realise that for the most part, accurate queer history was recorded by queer photographers (and other queer artists). You can’t gauge the reality of queer history on the accounts of non-queer sources, purely and simply because these sources were biased, discriminatory, and ignorant. Chances are you will find more information on conversion therapy than on loving LGBTQI+ couples and family life.

Without historical representations of mundane queer life, people may still believe that ridiculously stupid notion that queer people do not belong in “normal” society, or that they do not deserve the same rights as any other human beings.

Slowly but surely this is beginning to change. Nevertheless, learning from queer communities from queer lenses is still very much necessary.

Quite simply and frankly, no one can tell queer stories better and more accurately than queer people. We may feel like nowadays there are queer stories that make it front stage and centre, but representations are only just beginning to be half-decent, scratching the surface of being as visible as they deserve to be at best. Queer realities viewed through non-queer lenses have time and time again been distorted to fit stereotypes of narratives that served purposes that did not benefit the queer community. Rather, they serve the purpose of entertaining others, while keeping a marginalized community oppressed. 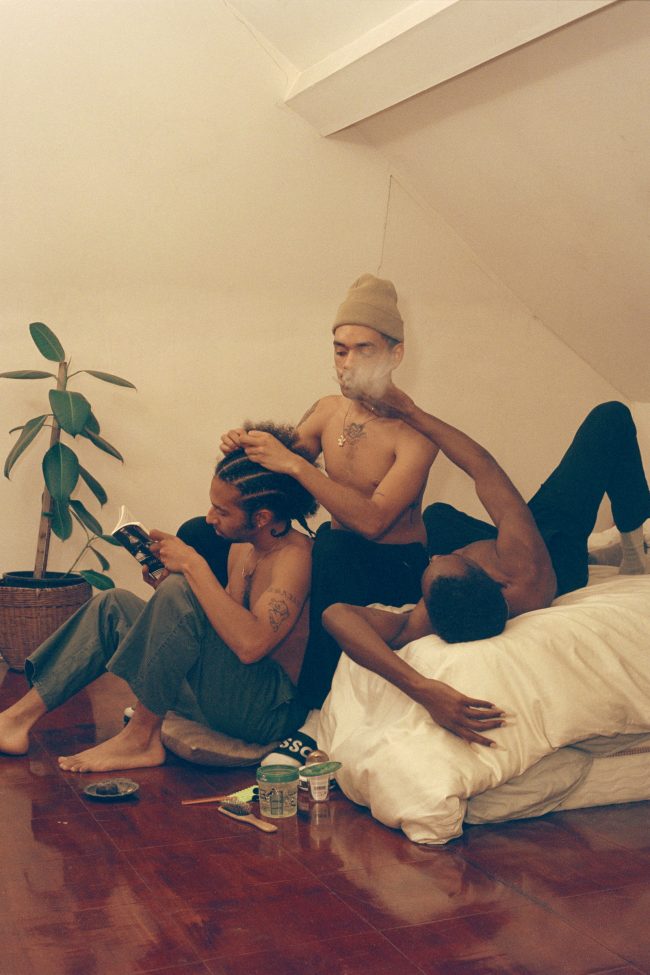 One of the wonderful outcomes of social media and the way in which the internet has become the new world stage nowadays – not that we aren’t aware of its detrimental effects too, but let’s park that for another time – is the fact that artists no longer depend on external platforms to showcase their art. This doesn’t render those external platforms useless, meaningless, or without power, granted getting your photo of national geographic will still have more impact than posting it on your blog. Nevertheless, this fact does circumvent in part the censorship imposed on queer photographers throughout centuries. Not being welcomed, to put it mildly, into spaces and platforms that could amplify their message and visibility.

It also circumvents the geographical limitations an artist might encounter. Particularly in countries where LGBTQI+ people are condemned, and even criminalized, having online access to a queer audience (in the case of photographers) and queer representation and art (in the case of audiences) can be considered a lifeline.

Thank You Social Media, We’re Ready For The Next Step 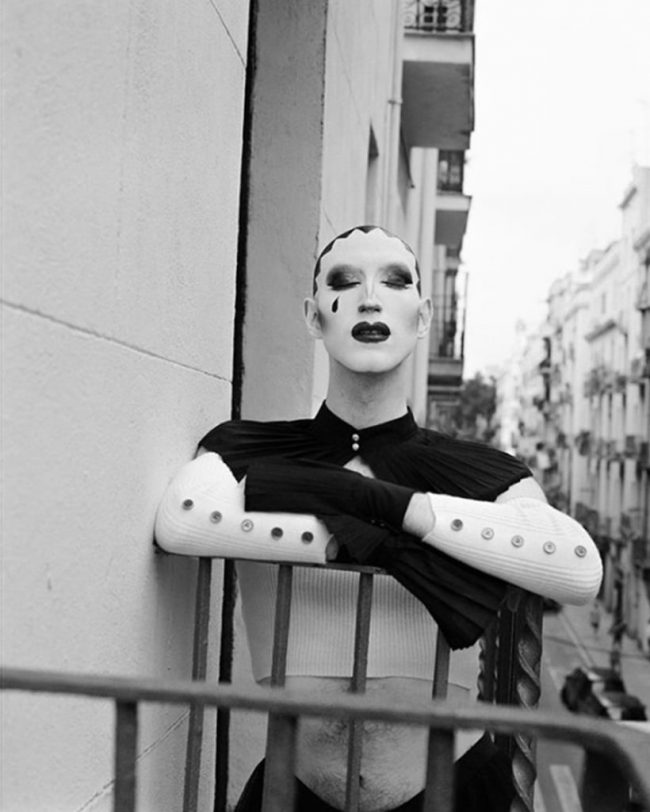 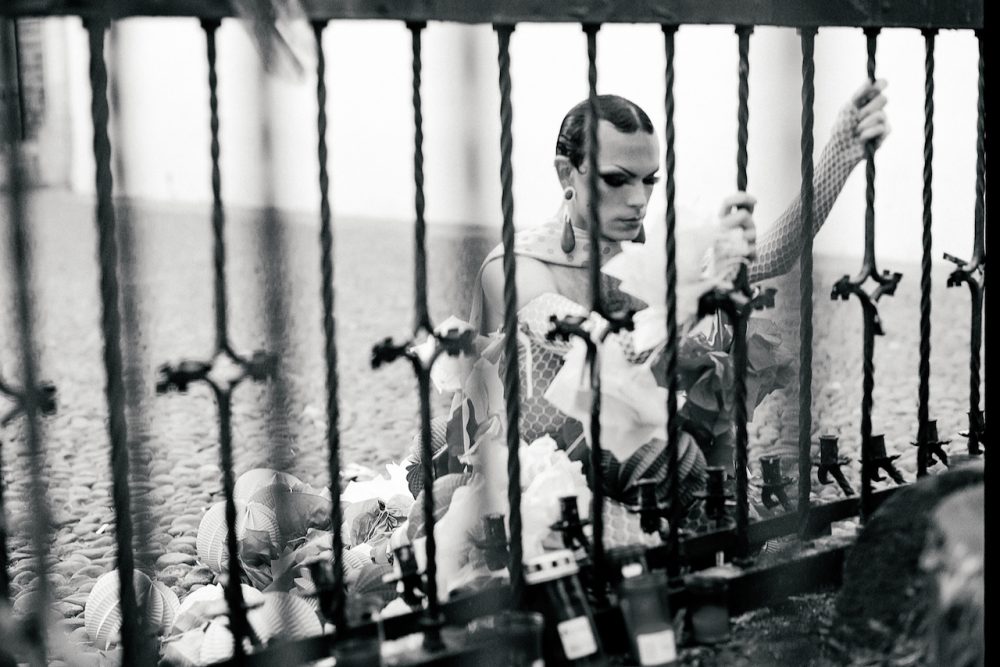 Photographers such as Isaac Flores, see photography not only as an art form and a tool for self-expression but also as a key resource for activism. Artivism if you will. Through his lens, he captures the struggle of the queer community nowadays, while simultaneously celebrating the beauty and artistry of these individuals.

Trans photographer Heather Glazzard, whose photographs capture the raw essence and humanity of the LGBTQI+ community, poignantly points out that while there has been an increasing amount of LGBTQI+ spaces popping up all over the internet, these have yet to be translated into physical spaces. Particularly with regards to POC and trans-inclusive spaces. Not only do they use their photography to amplify the visibility of these communities, but they also use their platform to defend several causes and promote other LGBTQI+ photographers via a Trans & Non-Binary Photographers Directory.

Hopefully thanks to the works of photographers such as Flores and Glazzard today, these realities will be able to safely occupy their due space in society, and not just on the screen or designated areas. 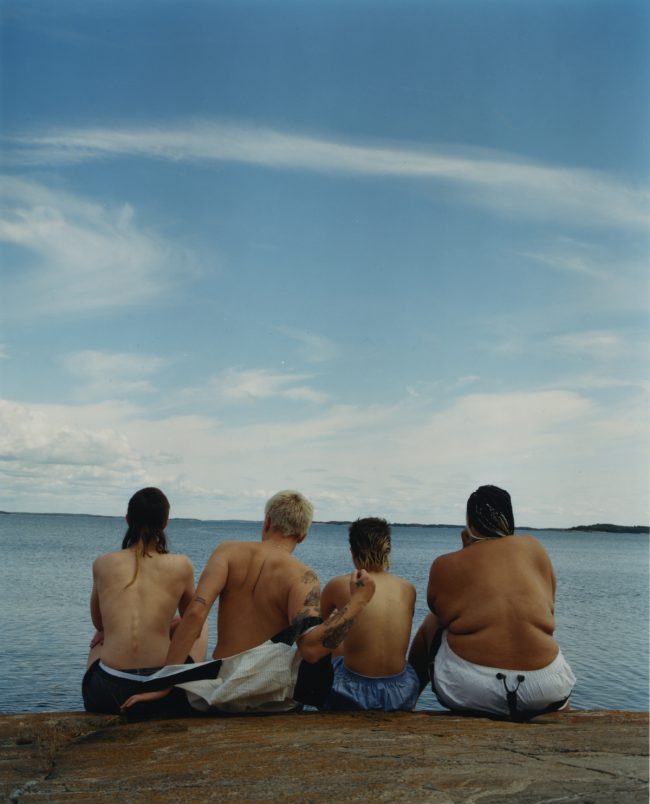 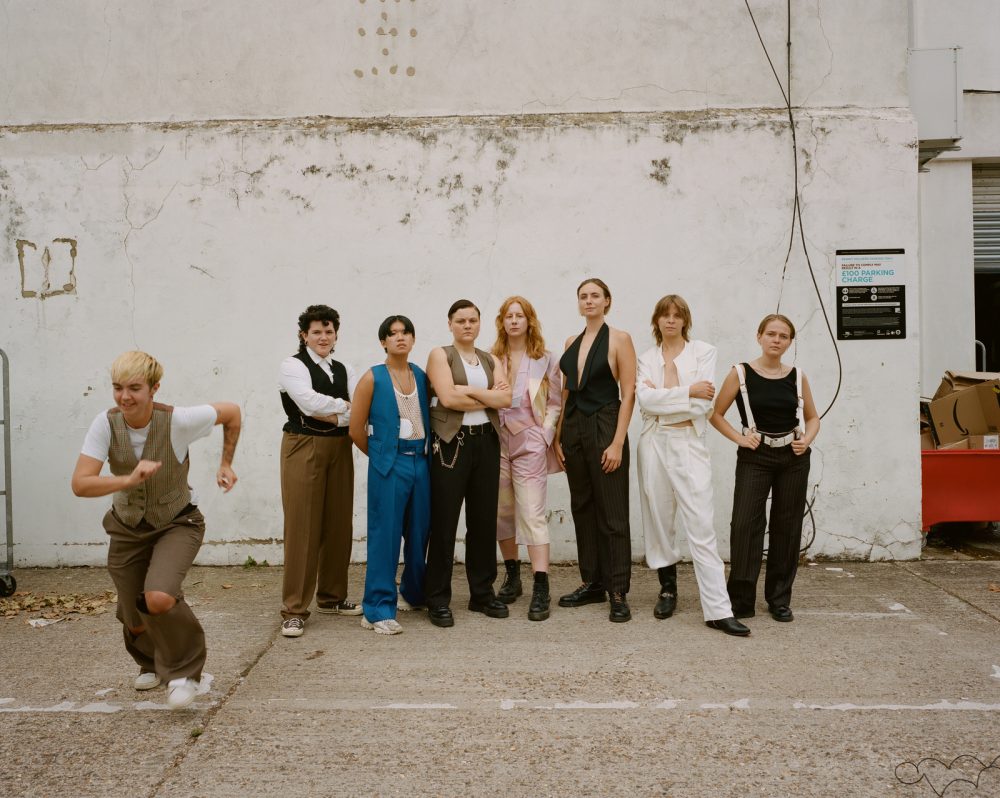 All in all, we’d have to agree that photography is a medium unlike any other when it comes to capturing society and setting a precedent for future generations. Queer photography has come a long way from being shamed into obscurity. It is only just beginning to step into the limelight under the correct representation, and yet it still has a long way to go.