Exactly forty days ago The Next Cartel released its very first NFT Streetwear collection, TC2171. What can we say, we were just blown away by how well received it was. Having sold out many pieces, some of the items almost running out of stock in the first 48 hours, the urge to release something else was fervent to say the least.

We know what you’re thinking and yes… That’s exactly what we mean. We have a surprise for you! But first, let’s get situated once more:

The year is 2171 and Amsterdam as we know it is totally submerged in water. As a new geographic silhouette graces the city, and superstructures rise high above the sea level, a new cultural climate rules the neighbourhoods of Amsterdam. Life in the new city exists both above and below the water surface, and the challenging conditions have bred a necessity for uniquely functional styles, in order to guarantee the survival of its inhabitants in both worlds.

Now during TNC’s TC2171 drop last month you were introduced to some iconic pieces such as the Rubber Diver Headpiece, the Multiverse Pants, or the stunning Next 3.0 Jacket. We dropped almost everything you would need to thrive in Amsterdam in the year 2171. There was one thing that was missing, and now it’s here.

The Deep Sea Sneaker is multifunctional style footwear made out of recycled rubber fins with a vegan leather interior and exterior. This exclusive drop will be available in three different colours. Only one item of each will be sold, for a price of 550 USD each.

First up, we have The Deep Sea Sneaker in black.

For those who prefer a more vibrant shoe, we have The Deep Sea Sneaker in orange/blue. 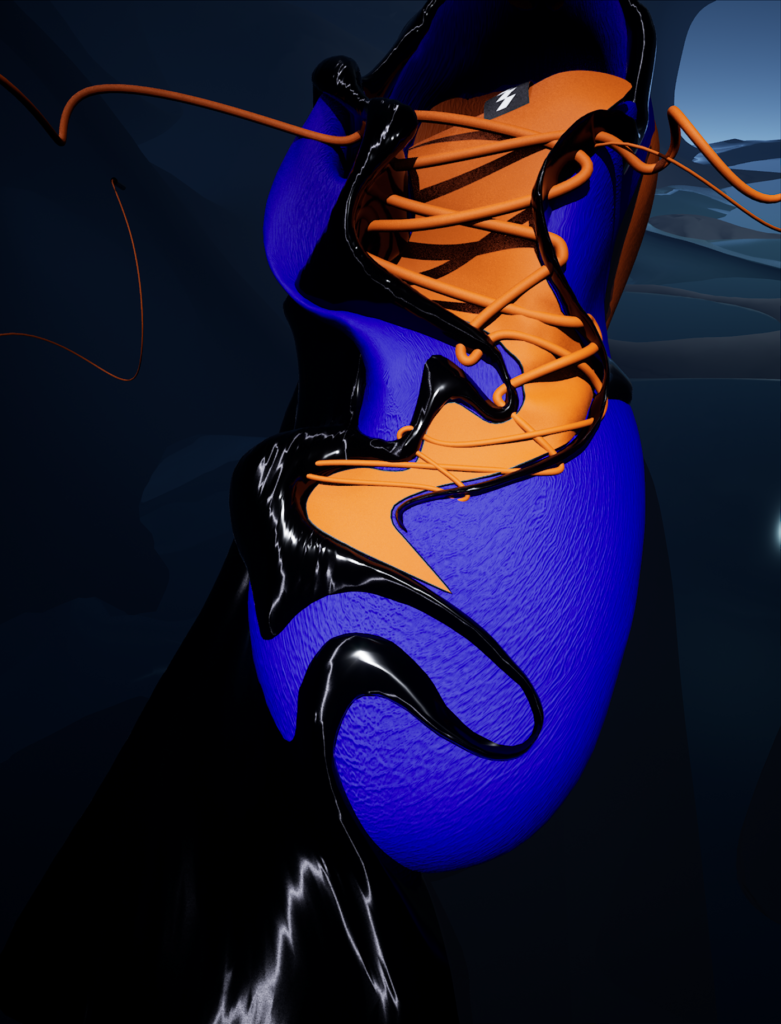 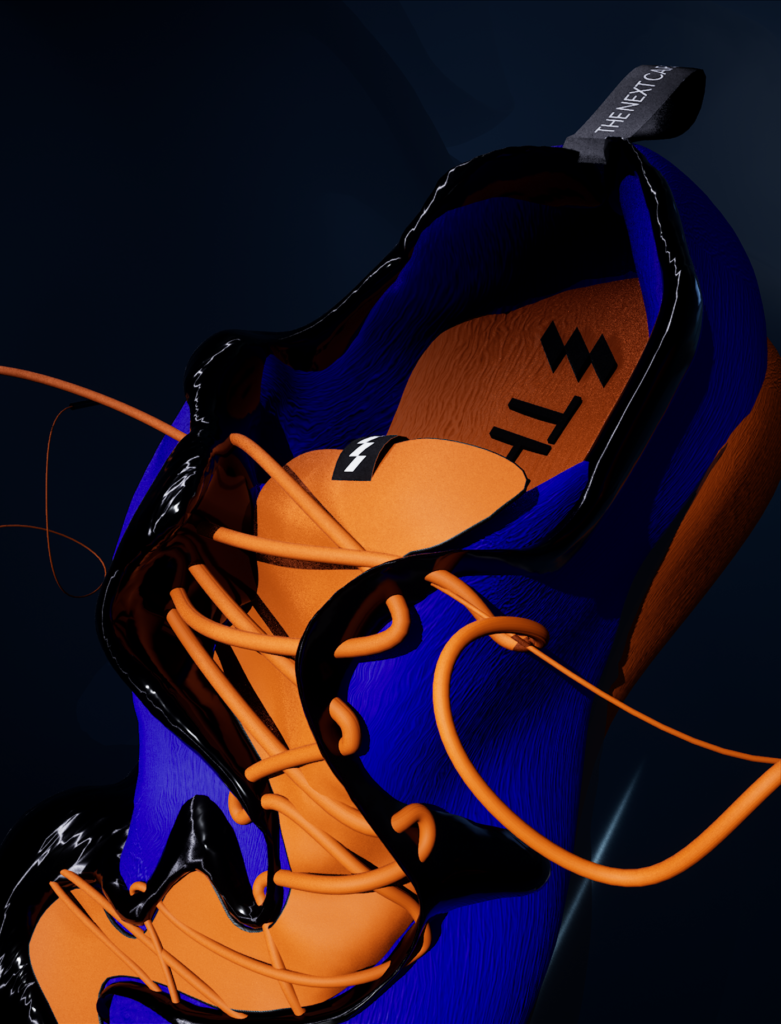 And if you’re looking for more of a midway point, we we have The Deep Sea Sneaker in grey. 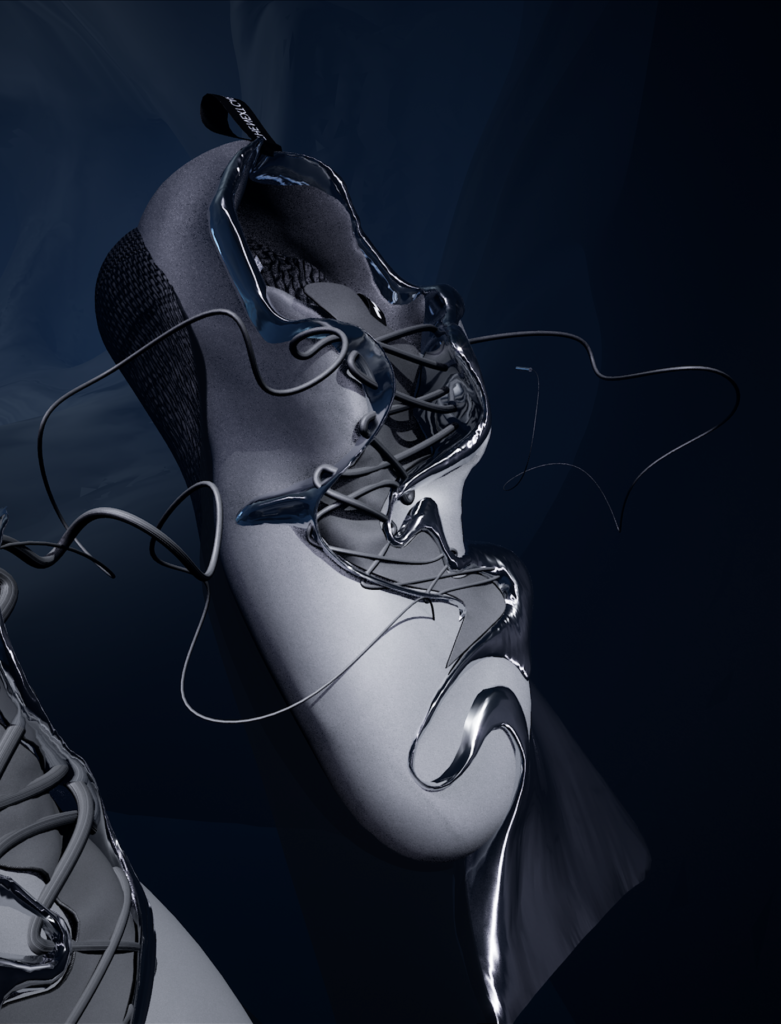 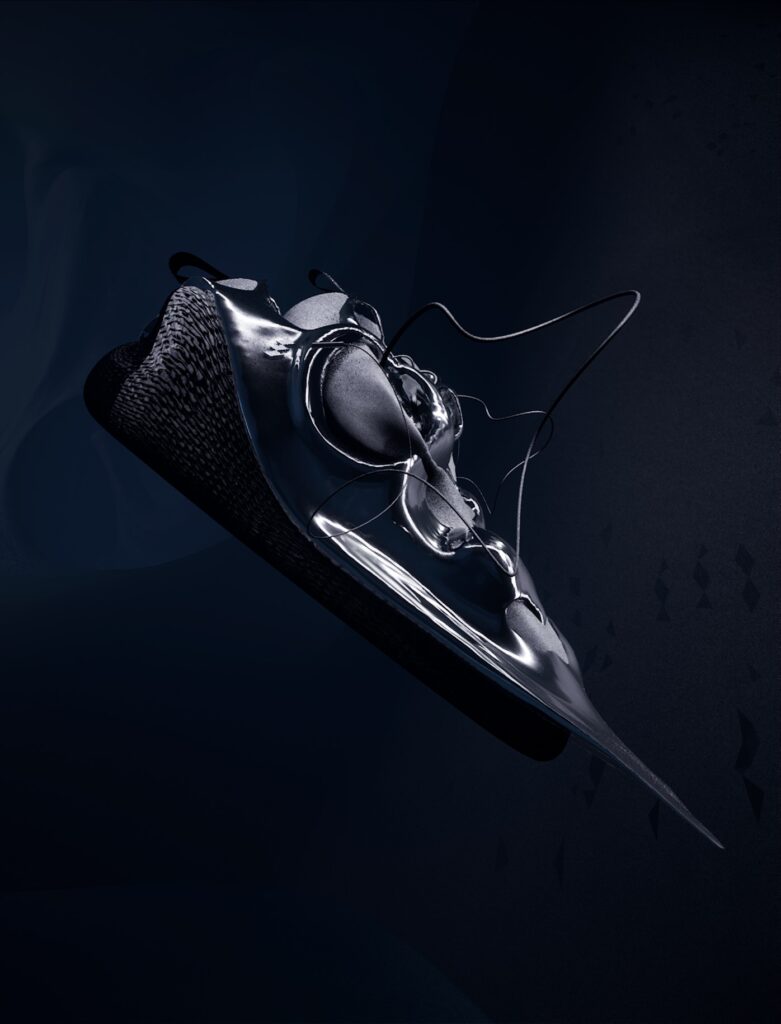 The Deep Sea Sneaker is being released on The Next Cartel’s NFT Store which you can access here. The drop uses the Flow as its blockchain as means of aligning with TNC’s sustainability values. Flow favours an environmentally friendly design via Proof-of-Stake, which consumes astoundingly less energy than blockchains which run on Proof-of-Work, such as Ethereum.

So… Will you be ready when it drops? With only three pairs, do you think you’ll be able to get your hand on one?