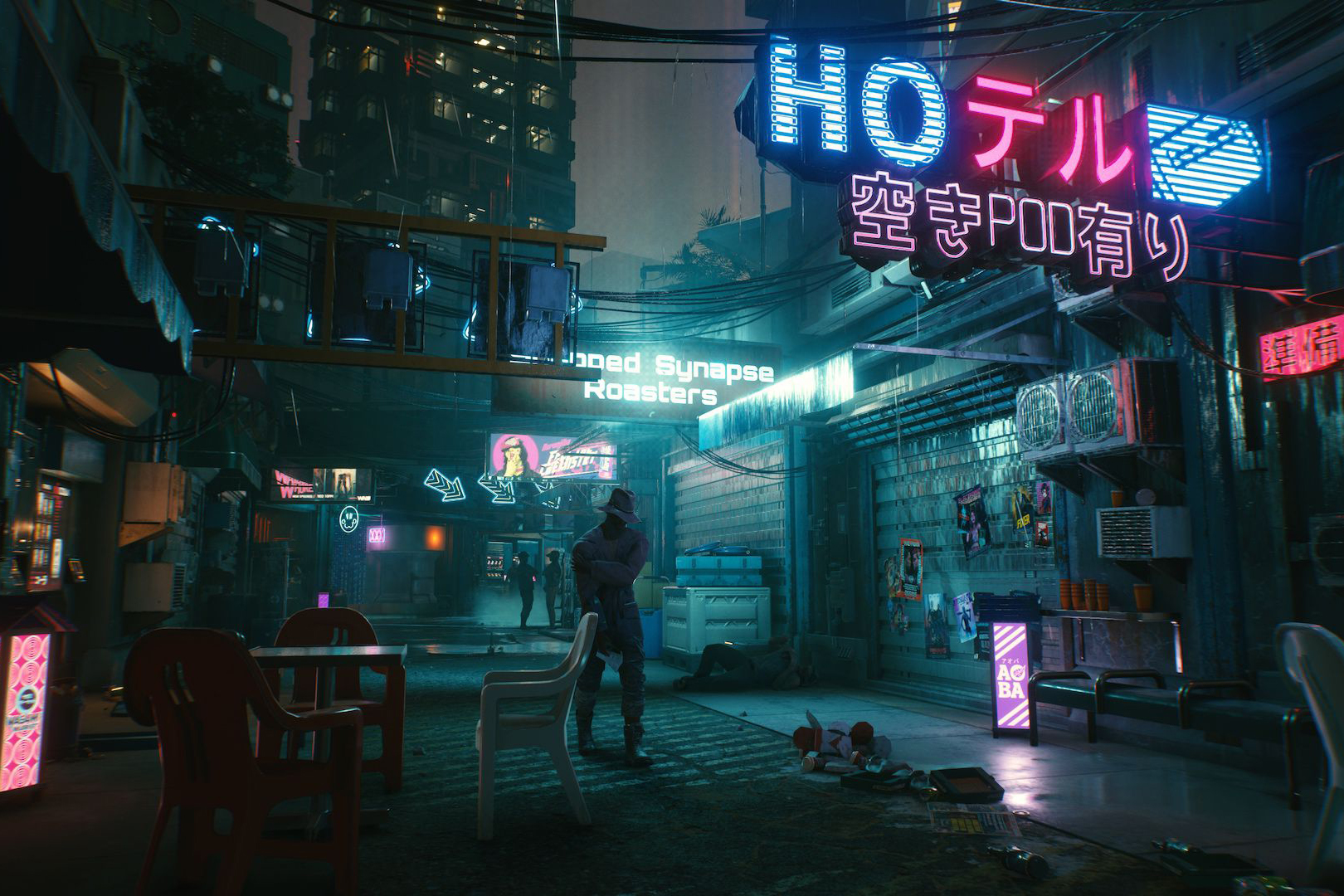 I walk toward the end of the tunnel, leaving behind me that smoky room. Reflected on scratched surfaces of giant buildings, flashing neon lights start tickling my eyes. I am finally in the street. It hasn’t been an easy job: no sense playing fair with those people. I gave them the implants and chips they wanted; but I had to be more than persuasive to get money back. Well, now it’s done.

I go out in the street. The Night City silently lays in that purple-blue glow; I can almost smell the toxic dust in the air. I breathe and I delve into a new mission in Cyberpunk 2077. Looking for the right words to portrait the game urban dystopia, Gibson description echoes in my mind:

‘It is that flat and spectral non-hour, awash in limbic tides, brainstem stirring fitfully, flashing inappropriate reptilian demands for sex, food, sedation, all of the above, and none really an option now.’

Cities in the Cyberpunk tradition are visionary, techno-futuristic worlds where oppression, visceral instincts, and embedded cyberware are the bread-and-butter of their citizens.

Ok, let’s make a step back in history. 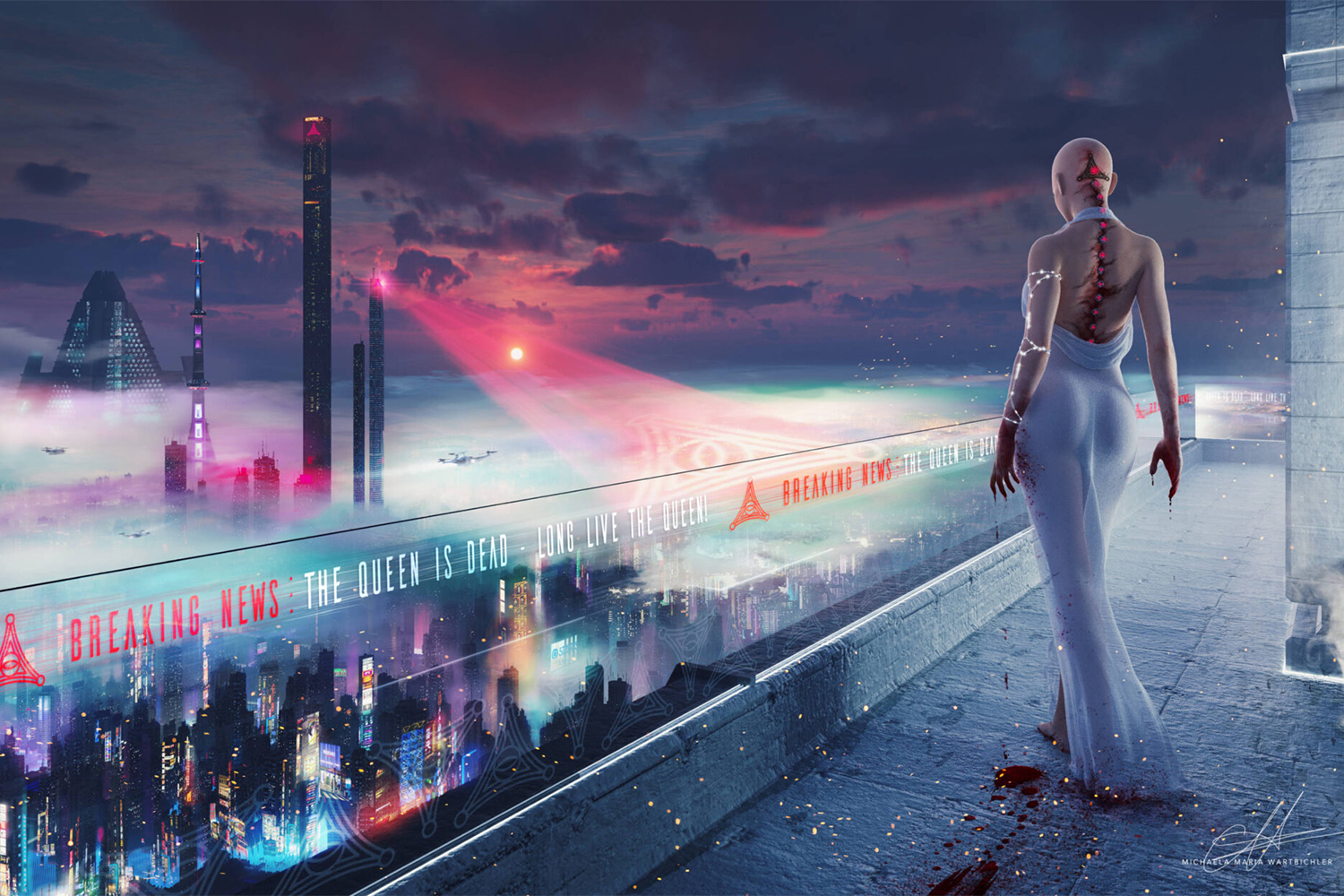 Cyberpunk is not a new concept. It was born as a subgenre of science fiction early in the 80s when William Gibson was releasing his novel Neuromancer, and Ridley Scott’s Blade Runner was bursting into the scene. The genre sets a dystopian, futuristic world, matching AI and Cybernetics technological advances with a radical decay in the social structure. Drawing from heavy punk and hacker countercultures, its rebellious stories have been painted in noir and splatter tones, across all creative sectors, from cinema to art, comics, fashion, advertising, architecture, and gaming. Along the years, from mere expressive subgenre, Cyberpunk has turned into an ever-changing subculture.

What has made it always relevant within contemporary discourse is the ubiquity of technology in its ‘high tech, low life’ DNA. Day by day, we are blurring the line between ‘human’ and ‘machine’, ‘natural’ and ‘virtual’. Our lives went digital, our bodies augmented, and the futuristic predictions depicted in the sci-fi novels have never been so close to reality. 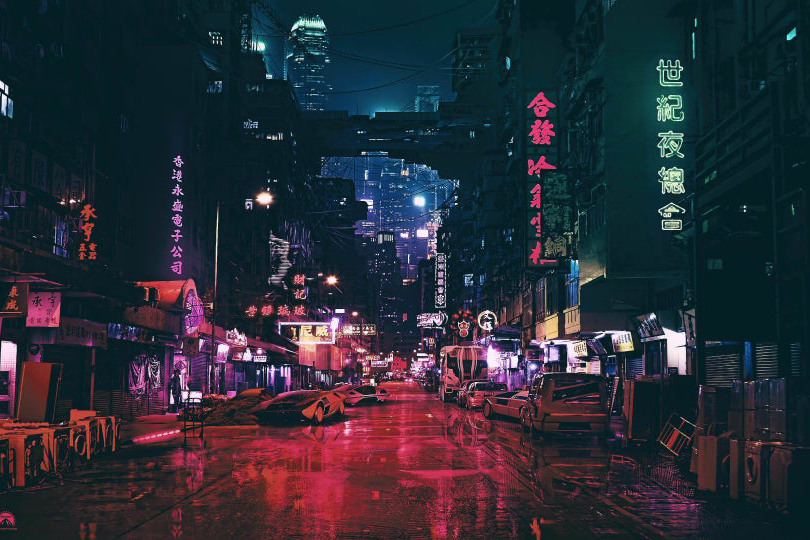 “By the late twentieth century, our time, a mythic time, we are all chimeras, theorized and fabricated hybrids of machine and organism—in short, cyborgs. The cyborg is our ontology; it gives us our politics.”

Prosthetics, medical implants, genetic modification, but also avatars and the online, parallel social life… How do they sound to you?

The line between reality and fiction has broken down; and it is not at the issue. Nor the fascinating possibilities open up by hybridization and the loss of any human innocence.

Rather, Cyberpunk has always represented a strong critique to capitalism and all its social asset. There is a common thread bounding the genre from the 80s to nowadays, running along with the Cold War and Globalization: the feeling that a collapse of the whole system is imminent. But there are some fails in its coherence. First of all, contemporary movies, games, and whatever cyborg-inspired item is produced by mainstream, multibillion-dollar companies, the quintessence of capitalism itself: the counterculture has been mercified and bastardized, with its aesthetics and meanings. 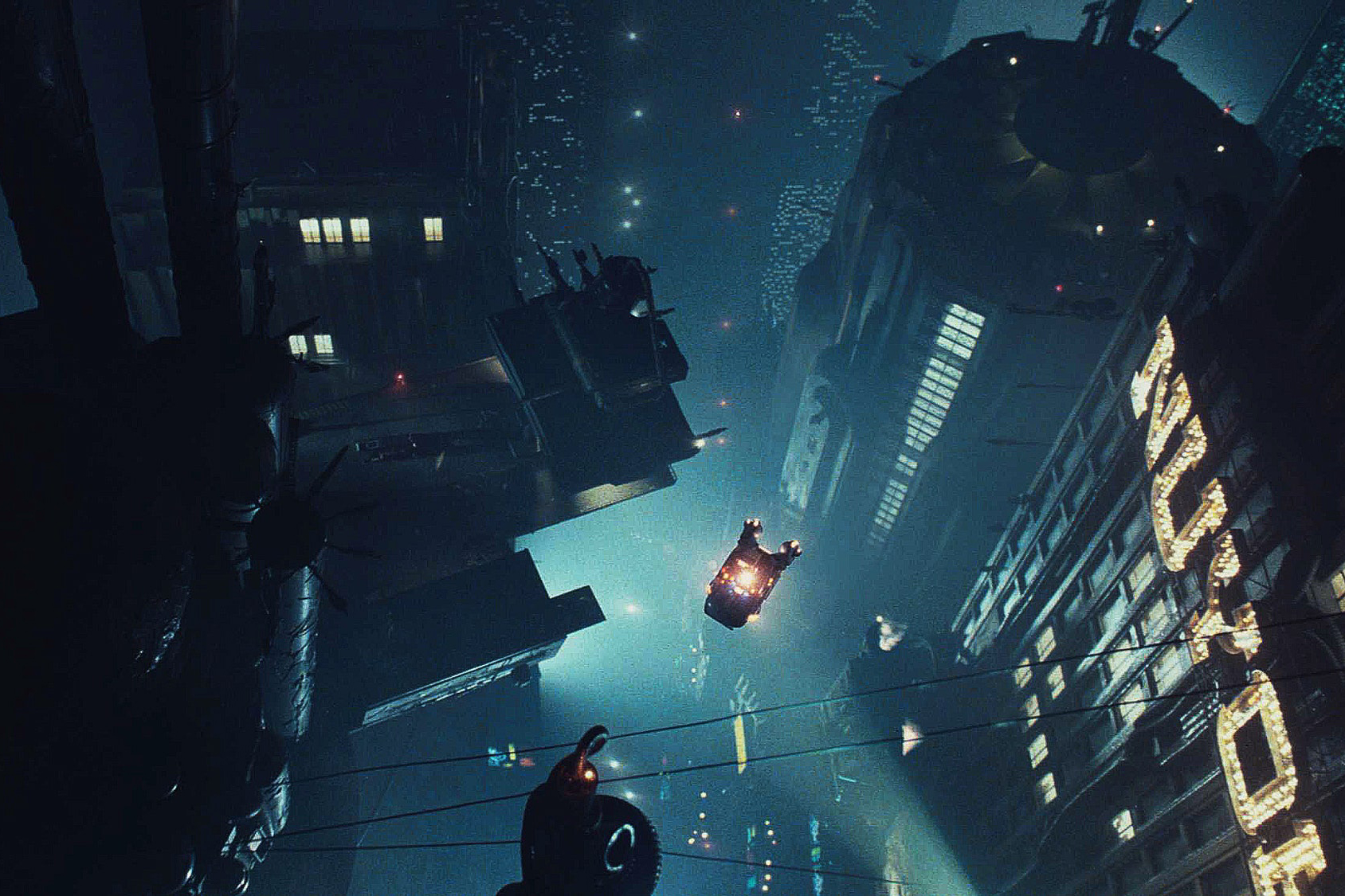 Another hot issue is the orientalist imprinting… Haven’t you noticed Japanese city signs and geisha’s holograms in many cyberpunk-inspired outcomes? Cyberpunk 2077, as well as Blade Runner 2049 – released in 2017 – Blade Runner or Neuromancer have something to share with orientalism in modern art: while sketching amazing portraits of a different culture, they justify subtle colonialism and western appropriation. Gibson himself drew inspiration from Tokyo, that during the 80s was experiencing an incredible, technological revolution, which resonated worldwide. But the social anxiety of the time connected to the Cold War and nuclear, and the rise of the Japanese economy, just added fuel to the fire, leading to western dystopic fear. Despite Cyberpunk is four decades old, it keeps such a western interpretation in its core vision. The results are upside down futures, where enemies are Asian megacorporations taking over the western culture.

‘The future is there… looking back at us. Trying to make sense of the fiction we will have become.”

Well…It seems that the future has been there for a while, negotiating the limits of fiction and reality. But probably, that’s just the beginning.