The fashion industry keeps getting bigger, and arguably better. Its relevance in society has increasingly infiltrated the majority of, if not all, demographics, we witness unprecedented growth in the market. Sure, the market took a hit during COVID, but for many, the global sanitary crisis dealt a deadly blow. Nevertheless, we seem to have reached the other side, back on track, with new brands popping up around every corner, under every rock. In the US alone, the value of luxury fashion is forecast to reach 278$ billion by 2031, a significant upsurge from the current 71$ billion.

While this does indeed translate into a positive prospect regarding the global fashion market, it undeniably exacerbates the entrenched competition within the industry. Moreover, as globalisation allows for trends to conquer the world within days, clothes have become much more than fabrics that cover one’s body for practical purposes. Consequently, brands need to become more than mere clothes sellers if they wish to thrive in this fast-paced, ever-changing industry. Innovation is key, standing out is a must, and boldness is a necessity.

Stand on firm ground: It’s easier to be brave if you have something solid to be brave about

Before even thinking about how to stand out, make sure you have your foundations covered! We are in the midst of the age of information, and cancel culture is alive and well. Everything happens so fast these days, that oftentimes people want to fly before they’ve even learned to walk. Build your brand conscientiously. Work hard and power through, feeding off your determination to reach your goals. Put in the hours, get over the dismay, accept your mistakes and learn from them. Take an opportunity when you see one and make the best out of it, but don’t rush and sacrifice quality and cohesiveness.

This way, you’ll be able to ensure that whatever it is that you do to stand out, it will be authentic and genuine. So that when the hate comes, – and it might, because bold, brave things often cause division – you will have solid ground to stand on. Some may not like what you do, and some may not consider it good, but it will always, always, be true, and real. And that’s what matters.

Be the brand you want to see in the world

You need to know who you are as a brand, your identity, and your story, and work from there. Once you’ve established your brand, try to work from the inside out, rather than observe the world and try to jump on trends. Particularly when it comes to moving into a new game or industry. What do we mean by this? Well, think along the lines of who you are as a brand, and what other aspects of “you” you be useful to others.

As we mentioned, a clothing brand is no longer simply a company that sells clothes. Or at least this is the case for a label that thrives and stands out. In fact, success often isn’t about the clothes at all. The same goes for most brands that sell products. What they’re truly selling our dear TNC readers… Is a lifestyle. They’re selling values, they’re selling a standpoint, they’re selling a concept. So figure out your concept. Embrace it, and infuse it into everything that you do. So long as you have a consistent brand identity and brand image, you can take that as far as you dare to.

Be brave, not reckless. Have a purpose.

Be brave yes, be bold yes, don’t be an idiot though. You want to be brave but not just for the mere shock factor. Being coherent and cohesive with your boldness and braveness, that’s what will earn you the respect and love from audiences and industry peers rather than a big ‘WOW’ moment that will then dissipate after your due 5 minutes of fame due to its inability to hold up and remain relevant as a result of its lacking foundation.

At the end of the day, it’s no good to be brave and bold if you aren’t able to communicate it in an impactful manner. Whatever it is you do, tell your story well. That will make all the difference.

Don’t allow what “should be” or “the way that things are” to dictate how you evolve as a brand. Find your own path, blaze your own trail. Of course, you will at times find that your path converges with that of others, but don’t let external factors be the ones to decide what your next step should be. That’s not to say that you shouldn’t learn about the ins and outs of the market. You definitely should, but only to make informed decisions, not to automatically follow-suit.

A brand should be like a person, and what they do should be a form of self-expression, it should have personality.

A great example of this is Nicholas Daley and his eponymous label. His designs feel like an extension of the designer himself, they radiate multiculturalism and an intrinsic sense of self. His path is his alone, he carved a space in the industry for himself, one that didn’t exist before him. The unlikely convergence of Scottish and Jamaican cultures, Daley’s own roots, make for utterly unique products. Regardless of whether you like them or not, you can’t deny the authenticity breathed into every garment, the unquestionable legitimacy for their existence. Each and every design represents Daley’s truth, and that speaks volumes about his braveness. Always remaining true to himself.

And it is precisely this truth and authenticity that permeates every single one of his shows, filled with music and joy, they have become more of an experience and less of a traditional fashion showcase. Such is the pivotal role of music in Daley’s creative process, that his collections are often released alongside carefully curated and crafted mixes.

Possibly one of the boldest examples throughout history, whose legacy remains as relevant now as it did when it originated, is Dapper Dan. The iconic persona in the hip hop industry in the 80s who began customizing absolutely everything with huge logos of luxury brands from his tiny shop in Harlem. Soon enough, anyone and everyone from the hip-hop scene dressed in his tailored garments.

Despite the disapproval of the brands whose logos he was essentially knocking off, Dapper Dan continued to make waves in the streetwear realm, becoming a legend of hip hop tailoring. He was, unfortunately, sued in 1992 by Fendi for copyright infringement. However, his legacy lives on. His boldness and capacity to remain brave in the face of threats and intimidation completely transformed the streetwear market, and his influence continues to be as relevant as ever today.

In fact, in 2018 Gucci released a jacket which many claimed was appropriated from one of Dapper’s designs. Imagine that, you get famous for stealing logos and designs from luxury giants, then make them your own to the point that in the future your design is the one that’s recognized. If that’s not the perfect example of how being brave can pay off, we don’t know what it is.

Brave is a value which is not only a brand value for us but also a value of our whole company philosophy. It is to remind us that we are able to act despite fear, dread and intimidation, be it from the market or from our mental limitations. I think being a brave brand is this, testing things, changing, shaping, and taking risks, without fear. After all, we are all in constant transformation. And often, a strong identity, success and great achievements come from that.
-Felipe Santibañez, Co-Founder and Creative Director of The Next Cartel 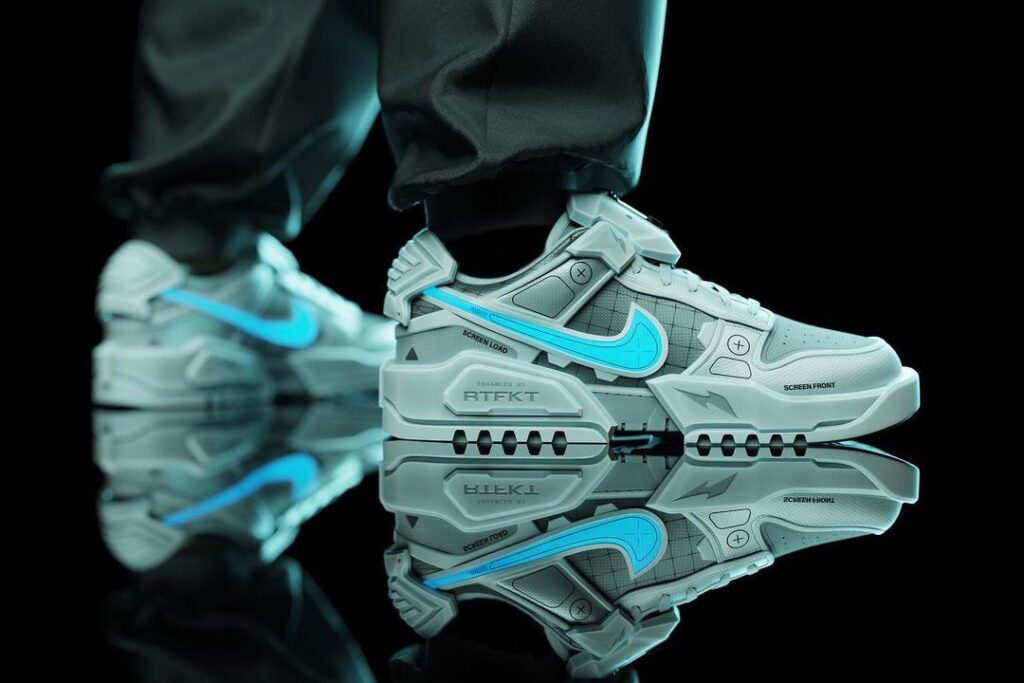 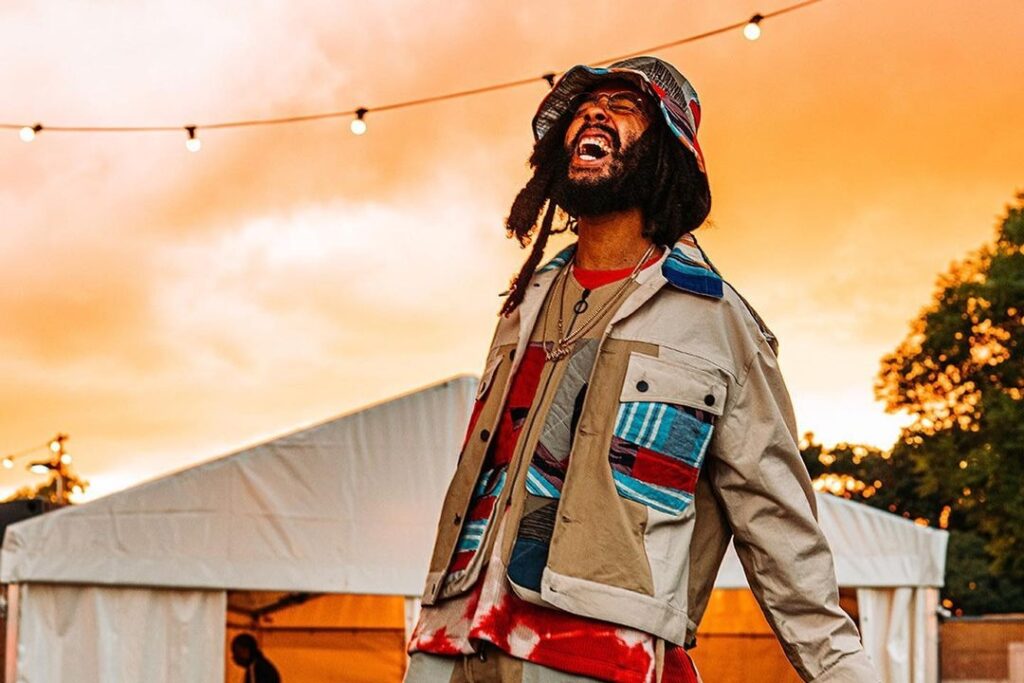 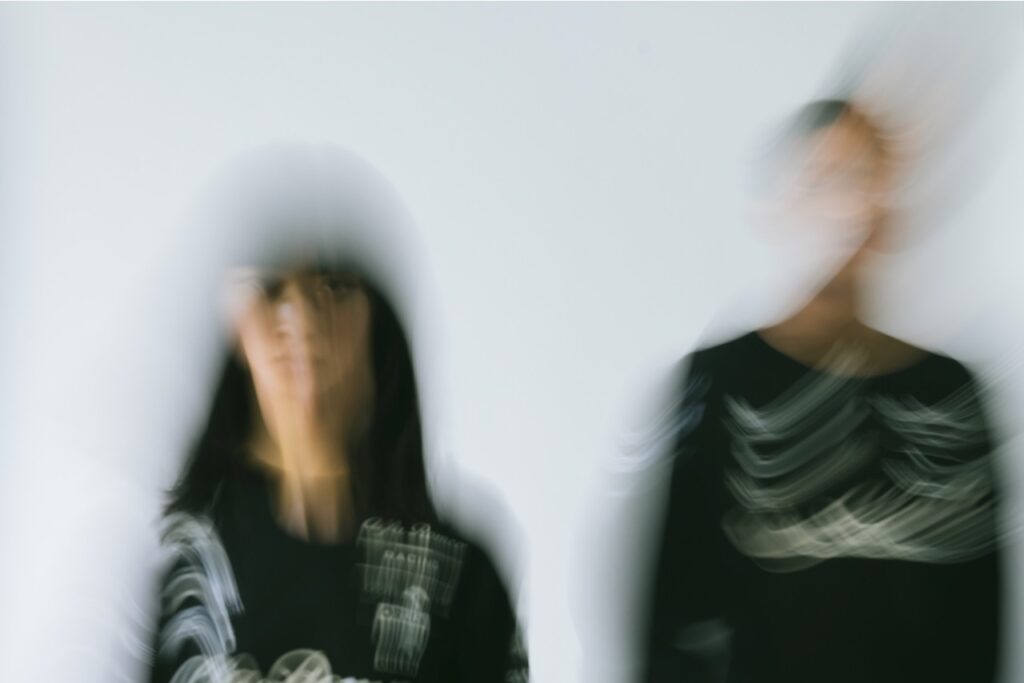 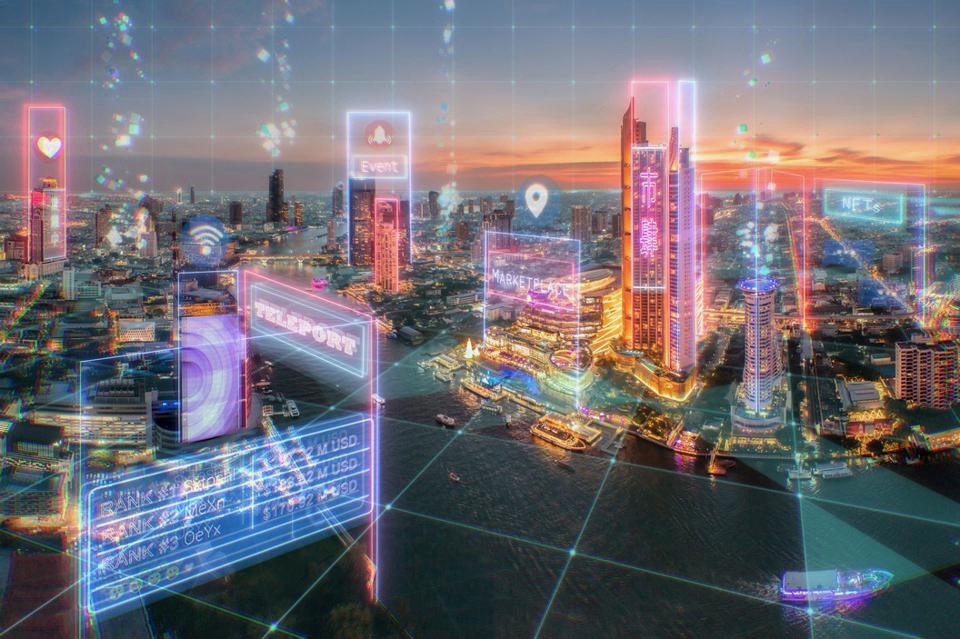 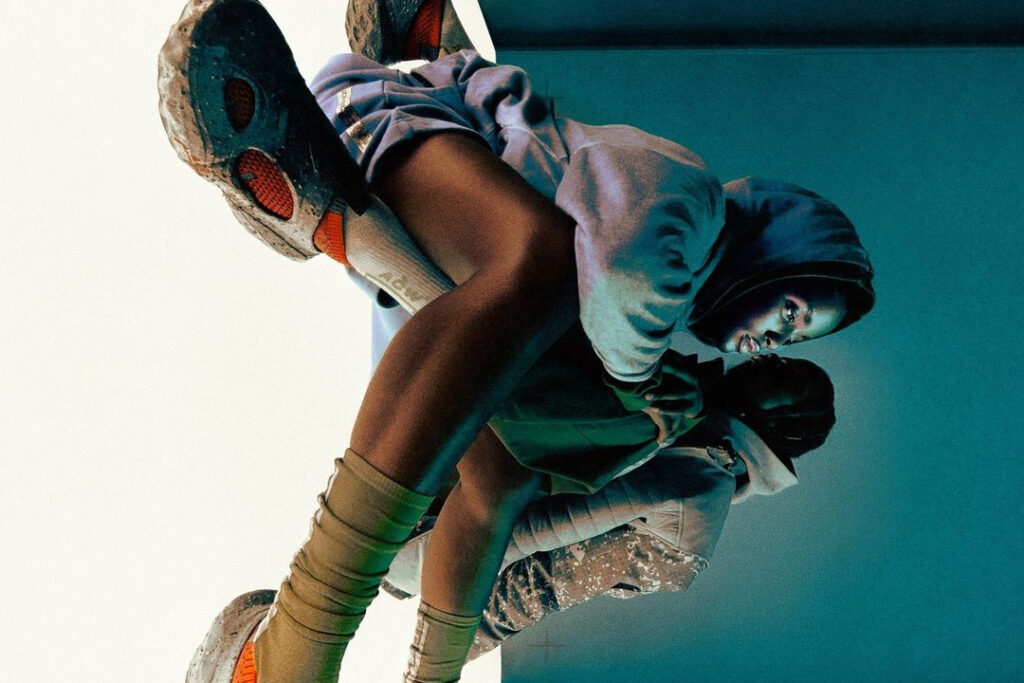 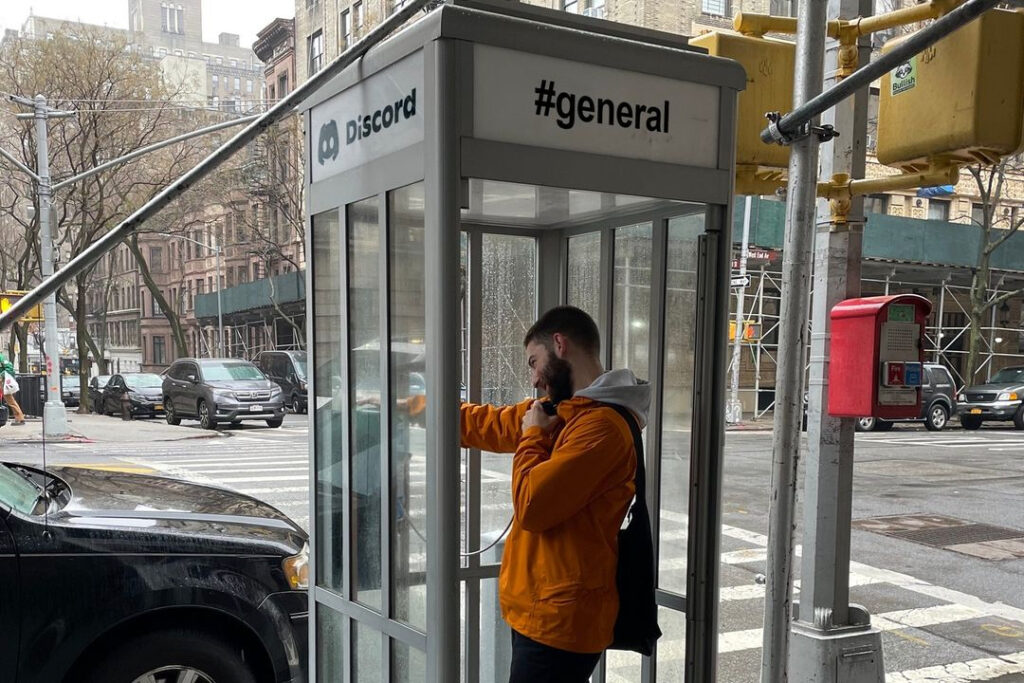 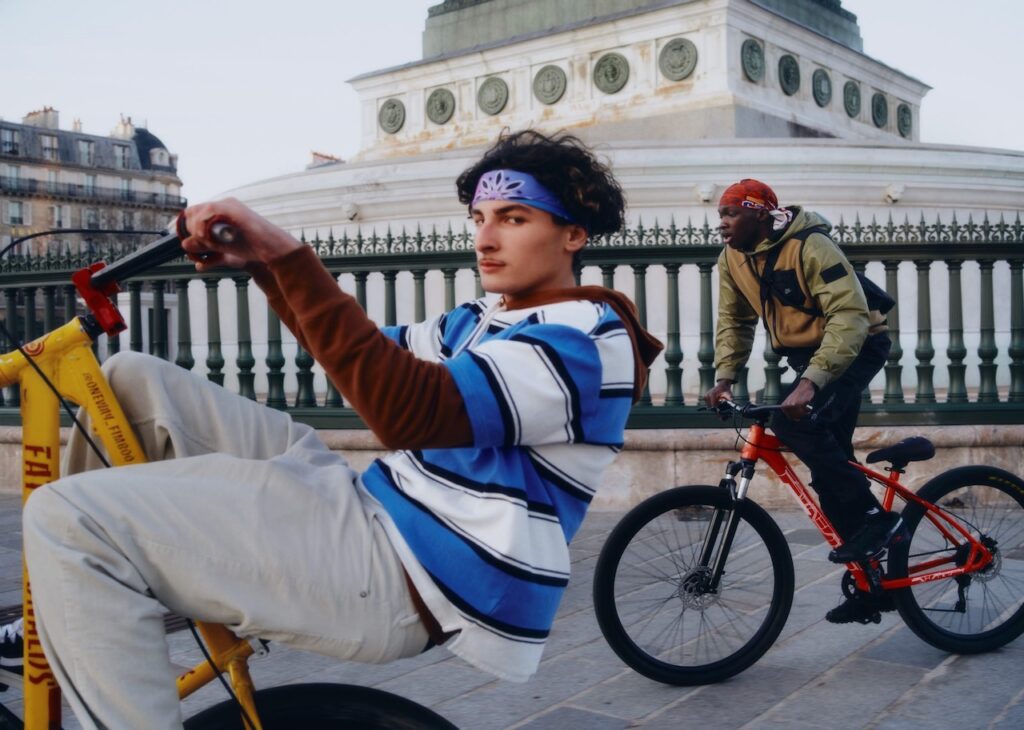 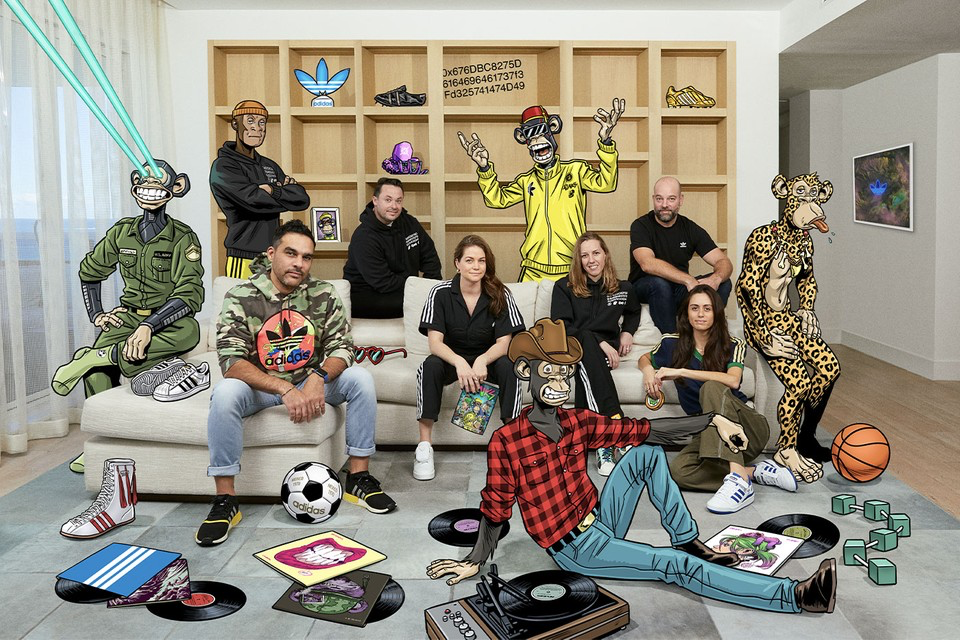 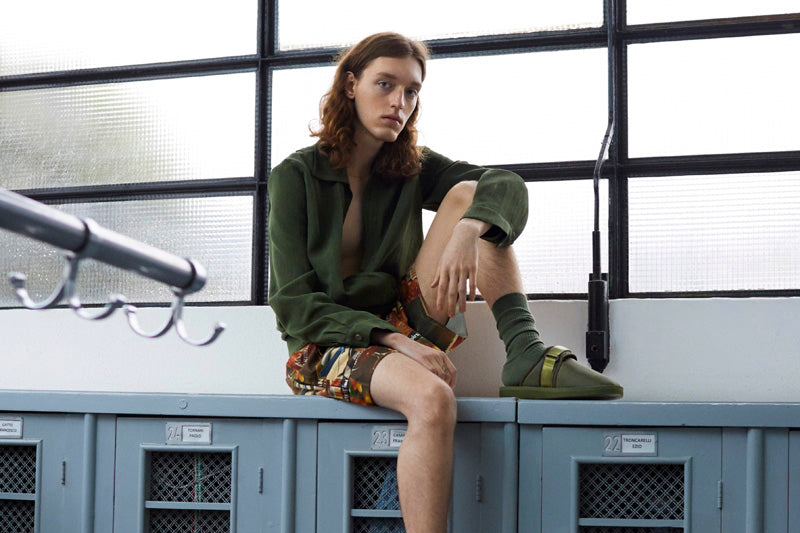