Have you ever felt the need to go to a place that doesn’t exist? Maybe something from a movie, or maybe a safe place somewhere in your own mind?

Thanks to Joe Mortell, you might be able to get a glimpse of it. Although not physically possibly technically speaking, Mortell he crafts such surreal social spaces, that almost feel like you’re there, that you can reach out and touch them. He does this by creating 3D artworks, and honestly, they’re amazing.

He now works for the New York Times, but over the last year he spent his time on a personal project in which he created this series of images and animations. These social environments that he designed are meant to feel very familiar, but also otherworldly at the same, which makes them so unique.

We weren’t the only who caught onto his work, social media had them blow up. Especially with travel curtailed and new locations limited to the imagination. People can see the scenes in different ways, managing to conjure up a vast array of feelings, almost as if turning them into memories, reveries perhaps, something that Mortell loves to hear. 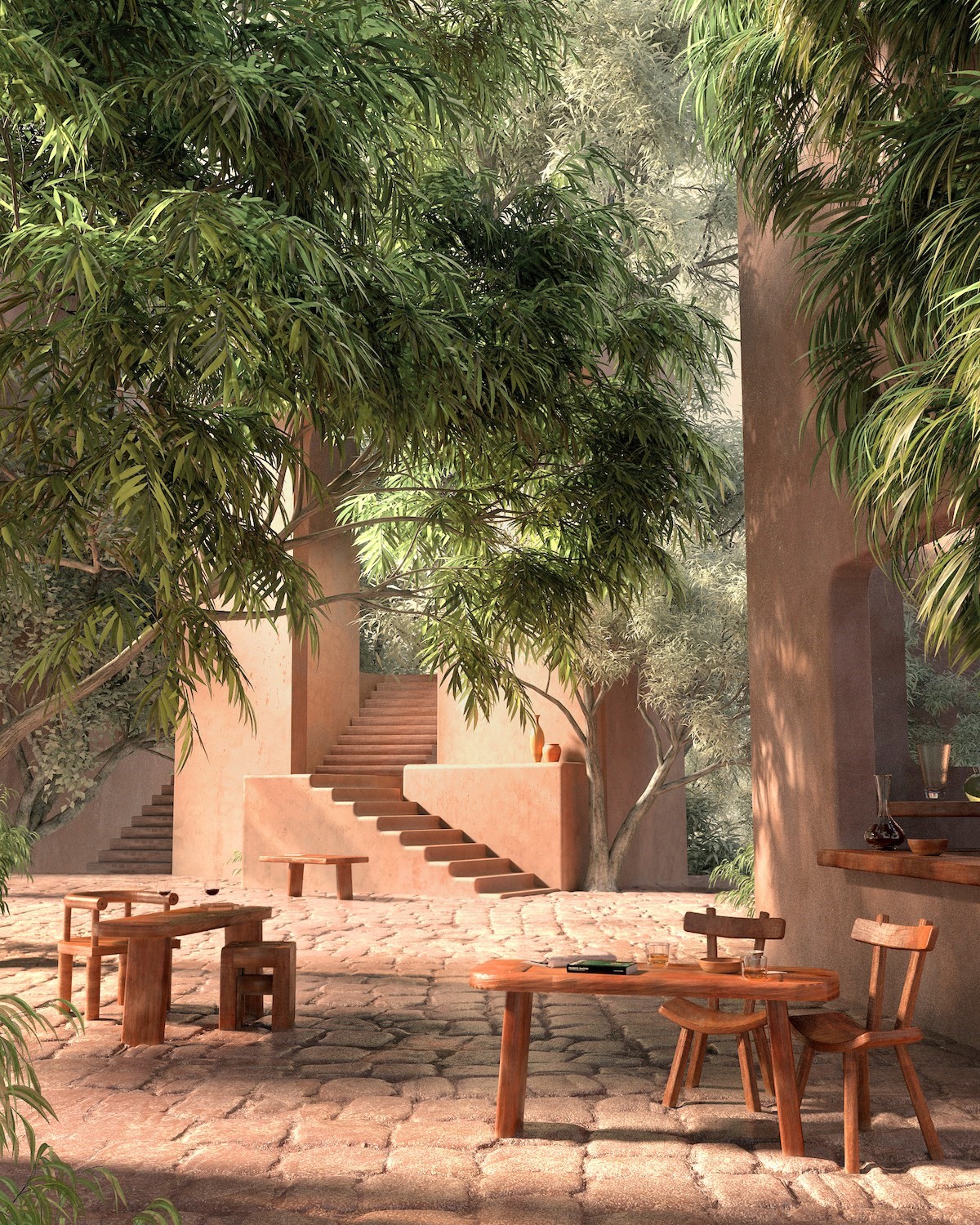 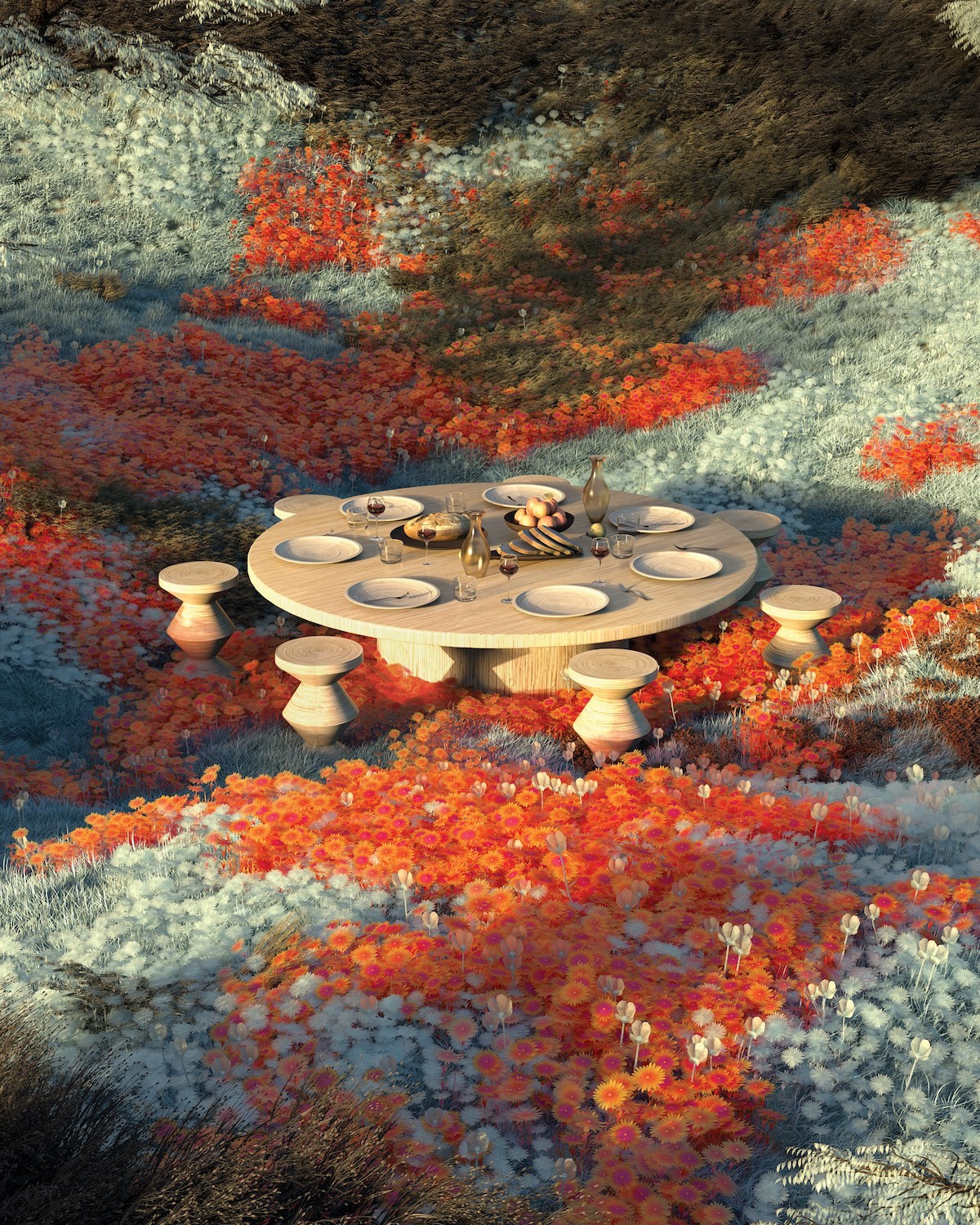 Mortell finds inspiration in a bunch of different fields. Vintage furniture, surreal backdrops, and thoughtful details are building blocks to each scene. But for these pieces, movies are a key trigger for new ideas. Eternal Sunshine of a Spotless Mind, Kubrick’s seminal 2001: A Space Odyssey are some examples of classic sci-fi’s he’s influenced by. But also, in order to make things more real or relatable he needs to strategically place a slipper, or an open magazine in order to add the realism of mundane life. That touch, that combination, that contrast, is precisely what draws the audience in.

The way Mortell’s work came to be what it is, was actually, as many things in the past year and a half, by being locked inside thanks to the pandemic. After all, who didn’t dream about relaxing in a lush jungle, or dining in the clouds will being trapped between four walls? As Joe himself said:

“I’ve noticed things in my living room appearing in my scenes that I didn’t plan on, the only things I’m looking at all day are the objects in my house. They make their way into my work without me knowing.”

Obviously, the goal for him isn’t to have people just look at his artworks on a tiny smartphone, but have them presented on a larger scale. And the ultimate goal, is to take this dream from the screen, and make it a physical, palpable, reality.

We personally cannot wait for this to come true, and be able to lose ourselves among the exquisite beauty of these dream-like places. Will we truly ever be able to experience them outside of the digital world? Or will we have to find a way into the screen? 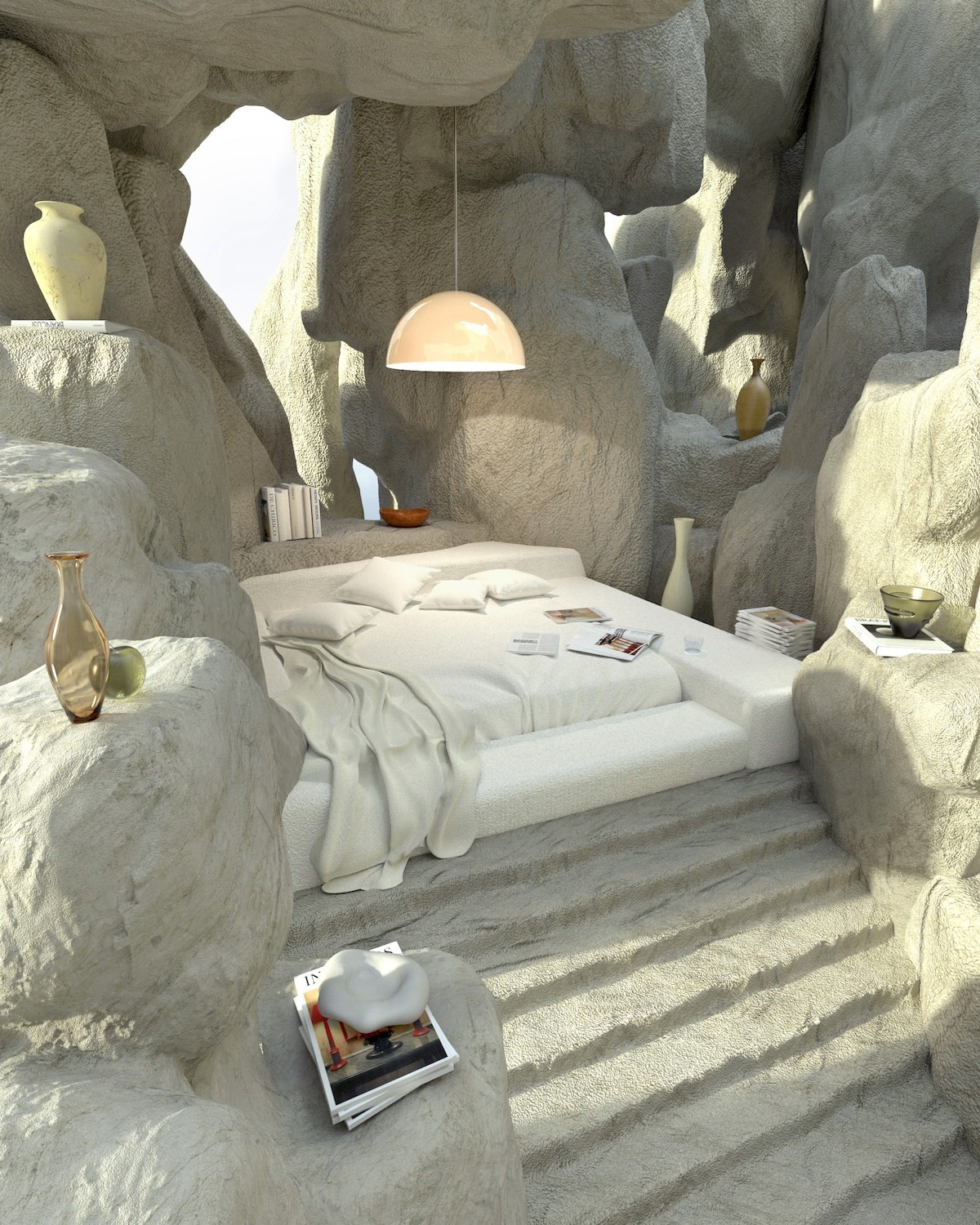 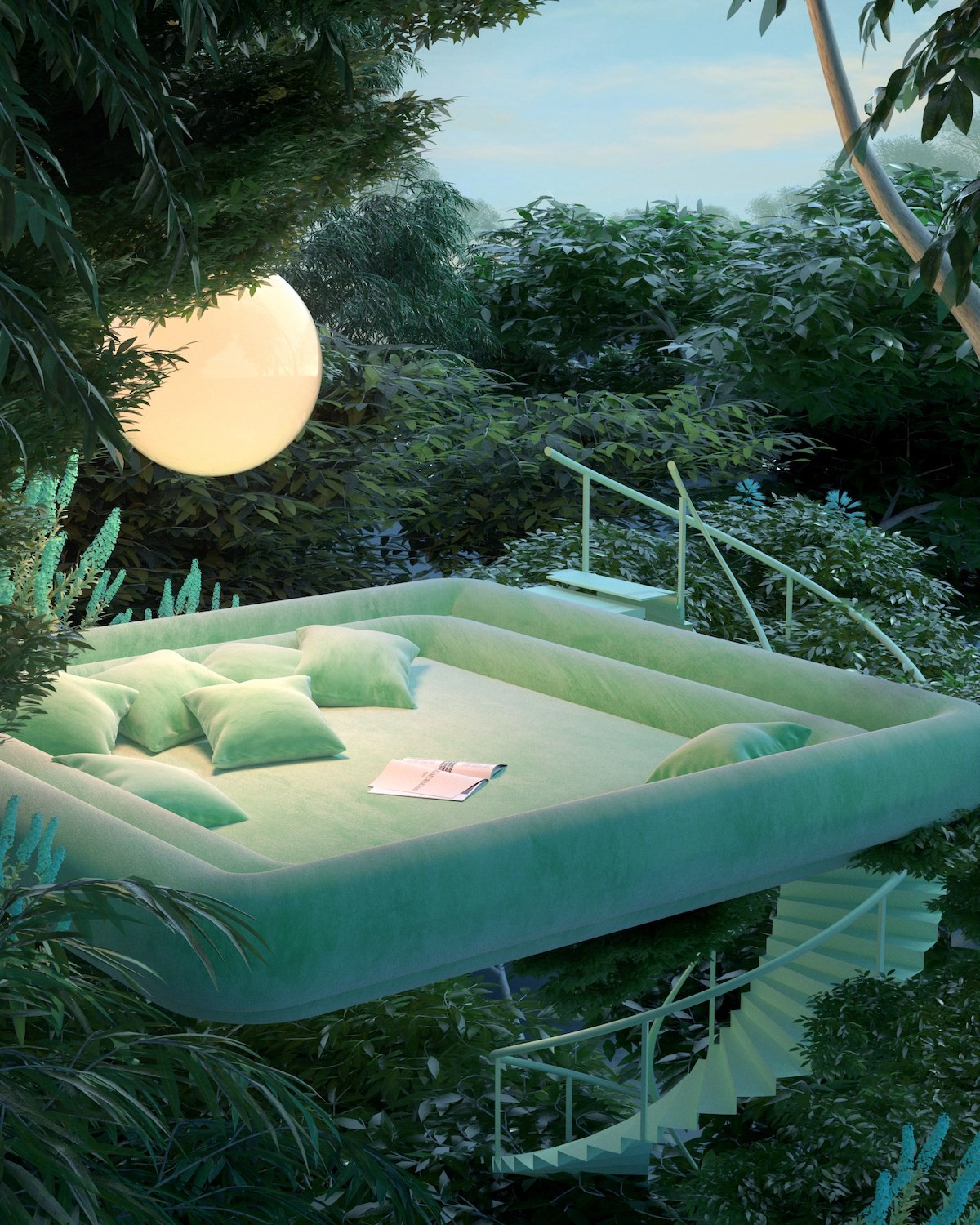