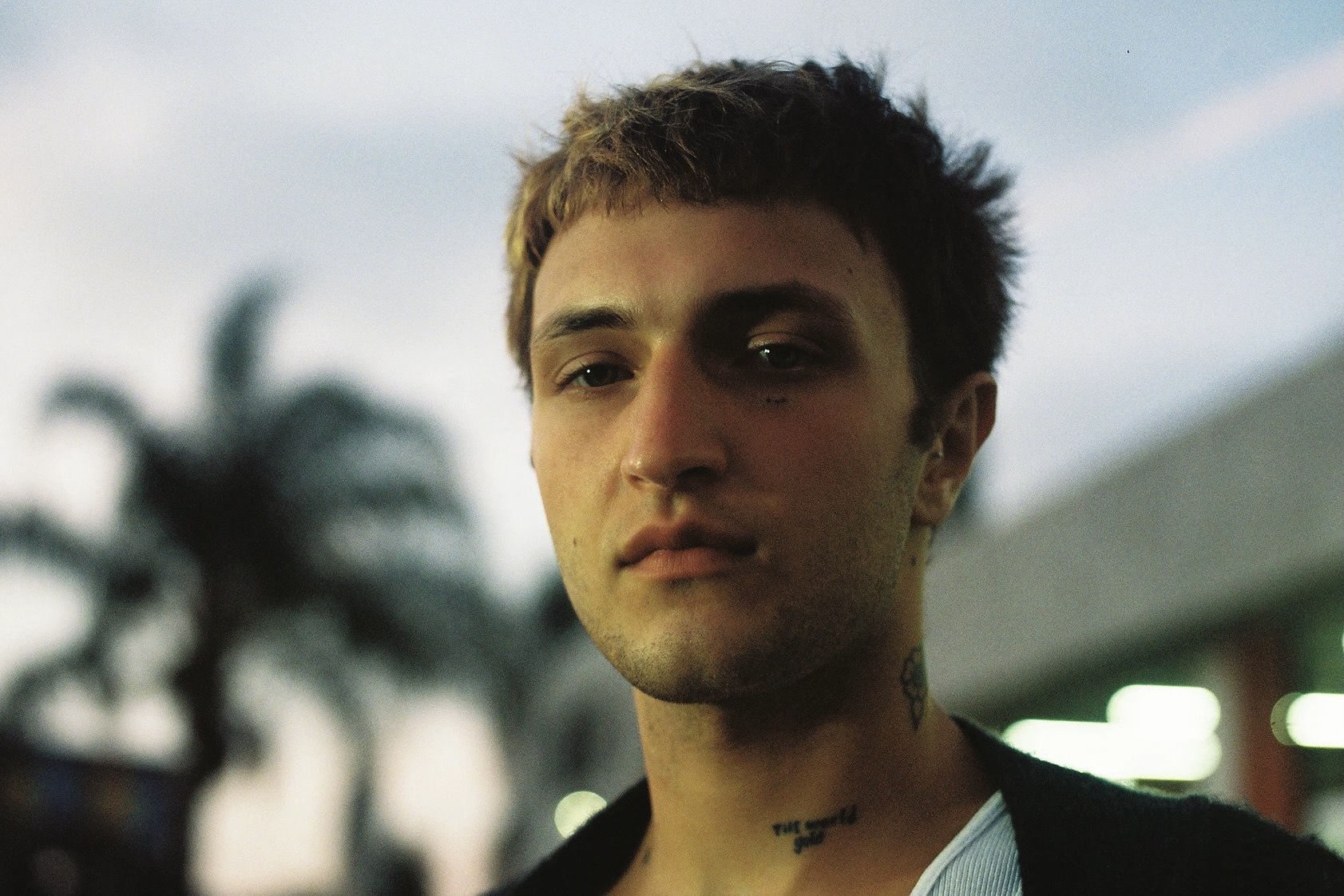 The Hadid family is one of many talents. Father Mohamed was an Olympic speed skater, mother Yolanda is a former model and reality TV fixture, and of couse Bella and Gigi are worldwide renown supermodels. As a 5th member of this family, we have Anwar Hadid. He’s known best for being a model, but also has dabbles in jewellery design, and now, produces music.

Even though he already entered the music industry back in 2019, when he released an album titled BLEACH he had made with some friends. What’s that? You hadn’t heard about his debut album before? Neither had we until recently, Anwar has kept his music projects pretty low-key.

BLEACH isn’t even streamable on most platforms except for Youtube, where you can find songs like KISS featuring Rube Boyy and collaborations with other artists as well. So if you’re wondering what Anwar is doing in the music industry, keep in mind that he’s already proven himself to be someone to watch out for in the past.

Earlier in 2021 he released a single called “OFF @ NIGHT”, which is more of a feisty rock song with electronic undercurrents, and plenty of autotune. Nonetheless, Anwar’s voice shines through as he sings about “getting lost” in a hazy night, dropping the single alongside a ’90s-esque music video.

The single was also given a huge platform with the help of his girlfriend, pop music’s queen-of-the-moment, Dua Lipa.

In an exclusive interview with I-D mag, Anwar opened up for the first time about his music career, after his latest single ‘4MyLove’, a slightly softer and more synth-led take on similar sounds, is poppier but by no means conventional.

Love and passion are the things that most influence his music. His inspiration being rooted in his happiness, which for the most part revolves around his girlfriend, his dog Dexter, his family, and his best friends, his bro’s.

“It’s important for me to feel like I’m growing. At least for me, I want to honour that and give it as much time and effort before I put it out. I don’t even know if I did that necessarily to the highest degree, but it was a stepping stone.”

At 21, it’s impossible to have everything figured out, so he’s got a lot of room to grow still and here at TNC, we are very excited to see what he’s got in store for us in the future!