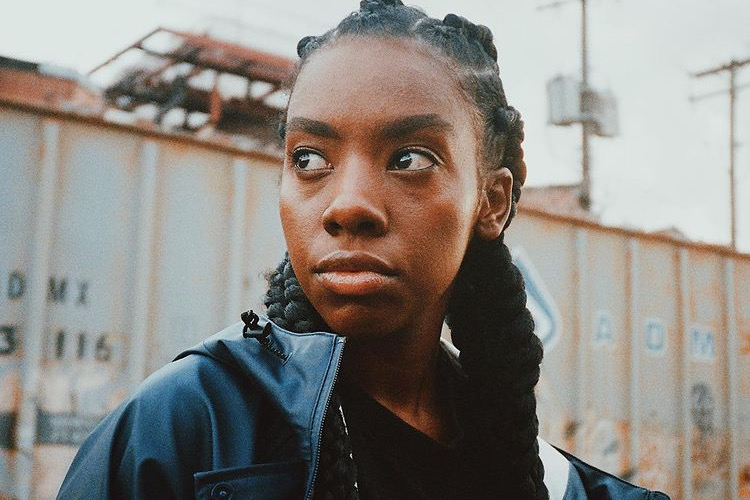 Dua Saleh spent most of their quarantine lockdown in an apartment in Minneapolis.

When leaving their house, masks are on and it is easier to be detached from any gender and stigmas. “It’s been kind of weird but kind of cool to wear a mask and have people think I’m a man in public. That’s not necessarily what I want, but it’s better than being automatically perceived as a woman”, the 25-year-old non-binary musician told WePresent in a recent interview.

Born in Sudan, Dua’s family was one of many that were forced out by the Second Sudanese Civil War.

After that, they started moving around the United States, but soon they settled in St Paul, Minnesota.

In the interview for WePresent, Dua recalls that all these changes made them more introverted. 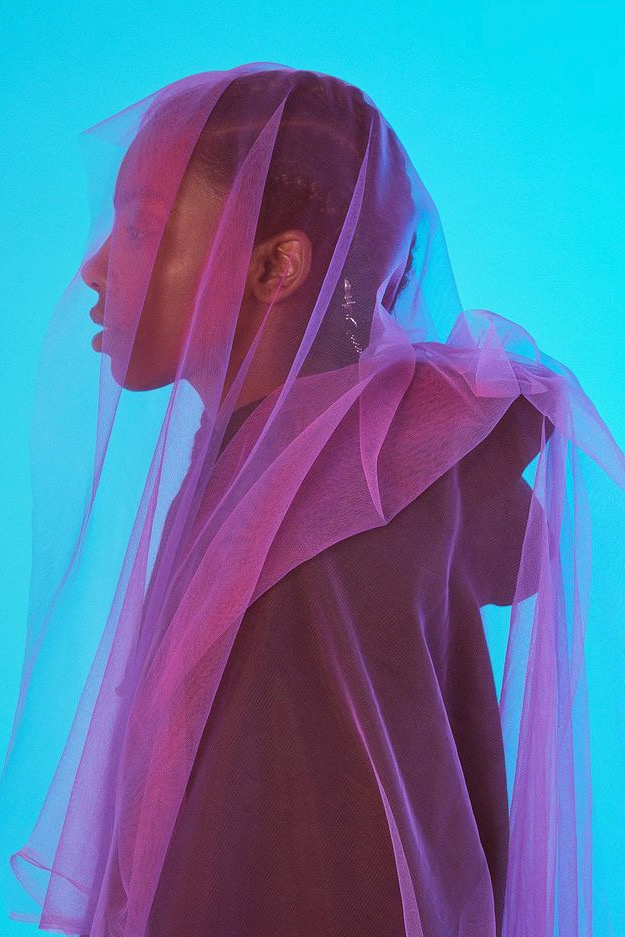 “When I was younger I had a lot of trouble connecting with people and so that led me to self-isolate a bit. I read a lot, I wrote a lot of poetry. I was also angry and having trouble expressing my queerness”.

Poetry was one of the coping mechanisms for the time. Living in Rondo, a historically Black neighbourhood, they got to see poetry slam events on a weekly basis, which inspired Dua in their work. 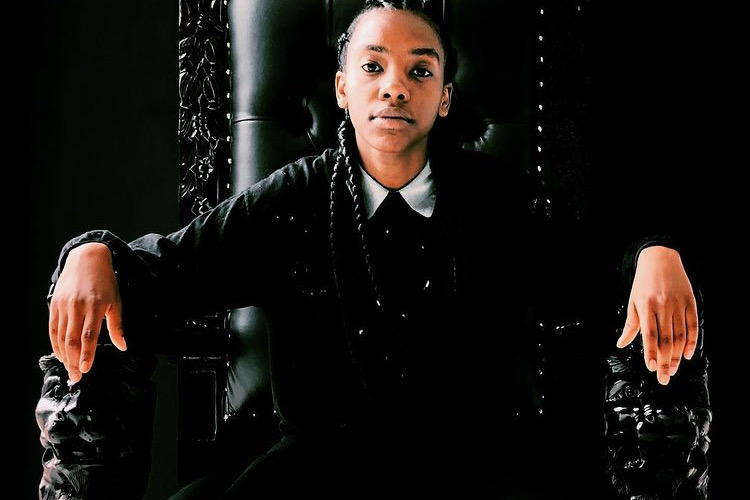 “Slam poetry is this Black art form that’s been co-opted by a lot of non-black people, so everybody knows that traditional style of hip-hop spoken word, but I saw it performed in a less generic way”, they tell WePresent. “Seeing it from people who were experiencing or have experienced domestic violence, or people who were literally still slinging rocks — it changes the context to have that natural element of people from my environment as the performers. It meant something to me.”

Around the age of 17, Dua took the stage themselves. “People liked my words, and they offered a lot of necessary critiques. I was always there and people knew me, so they held me”, they tell WePresent. 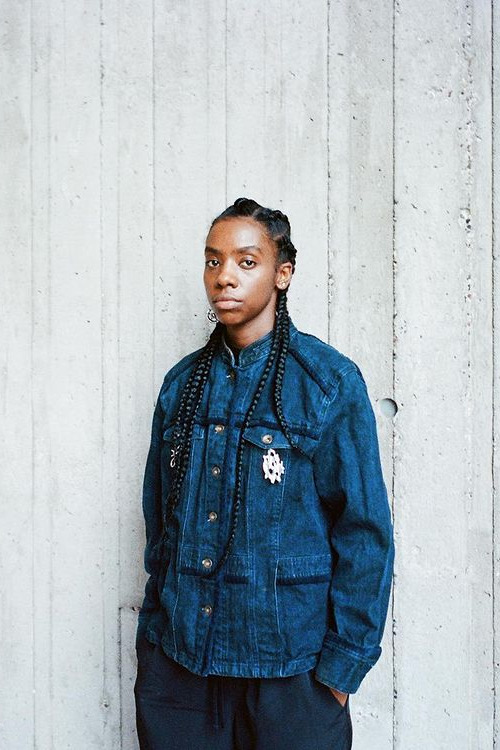 Dua started participating in poetry slams in a way to make some money and to start their career in music. Sometimes, they would sing just to see other people’s reaction.

Turns out that the rap was so good they started booking them for events where they would sing a capella at clubs. 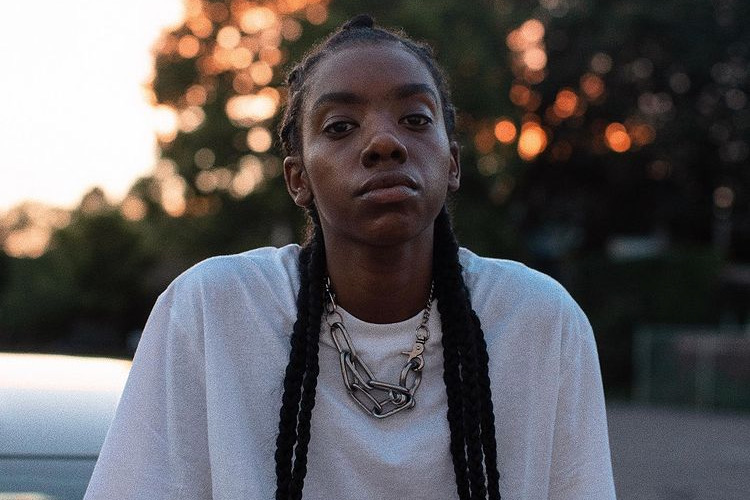 Their first EP, Nūr, was released in January 2019 and caught the ears of the queer community with “Sugar Mama”.

Their creative process is natural and aims to be fun, playing with musical software and beats. In some cases, like “Sugar Mama”, Dua admits they don’t really recall much, but it was basically writing about their first encounters with queerness. 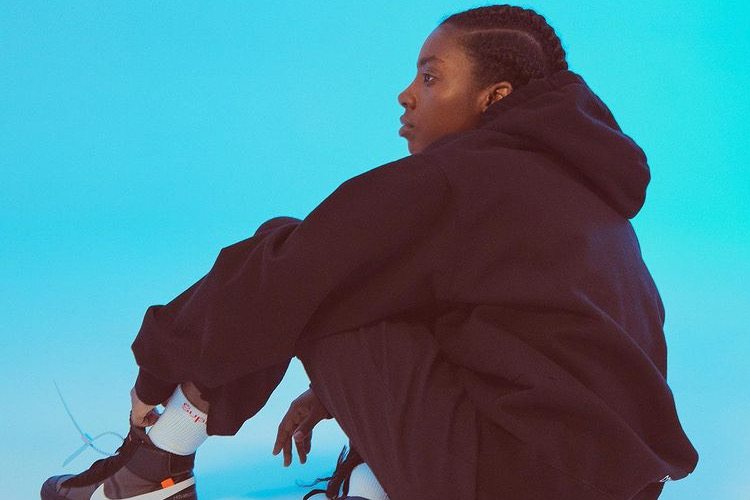 When watching Dua’s videos or live performances it’s hard to tell, but they admit that there’s a frightening feeling when being in front of people.

The workaround is to make a persona, like an alter-ego that is ready to go on stage.

When they turned 21, there was a turning point where they wanted to deal with their identity, simply tired of being “closeted”. “Just regular gay shit, I guess!”, they tell I-D.

It was in Minneapolis where they found a support net with queer and trans friends. Dua is always really vocal about how lucky they are to have a network that is inspiring and accepting.

The community is represented in their music and videoclips. 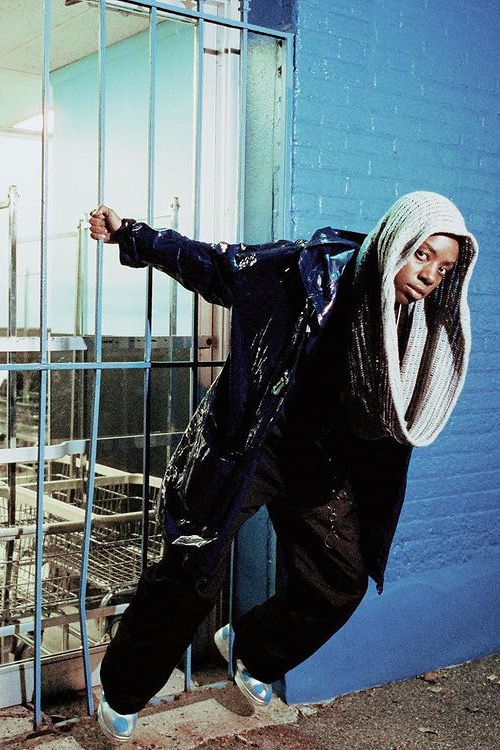 In June 2020 they released “Rosetta”, in honour of Sister Rosetta Tharpe, the American singer which Dua describes as one of their favourites.

The EP is a fictional love story between Rosetta and the pianist Marie Knight, who she toured with. 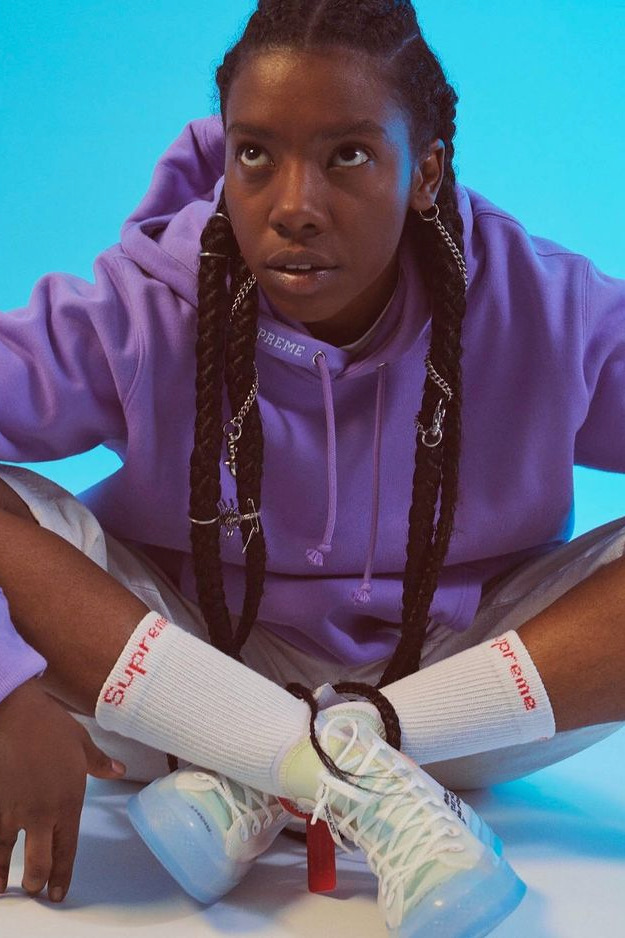 Dua is not only a voice for the LGBTQI+ community.

In 2019, they wrote a song called “body cast”, which was written before the tragic murder of George Floyd and a hymn to the Black Lives Matter movement.

The song mixes the recording of a Montana woman, Angela Whitehead, standing up to police attempting to enter her home in 2019 and their own feelings towards the numerous deaths of black people by the police.

Dua wants to make a difference and to make sure that everyone feels accepted, especially in the LGBTQI+ community.

The song “Smut”, where they partially sing in Arabic, is a play of words with pronouns and pre-existing associations.

“Even when I first started making music, I wrote some songs in Arabic. But this time was different, because of some of the words. Kandaka is a Nubian word for ‘queen’, but I kind of change it. I say kandaka, because it has political implications and is relevant to the riots that were happening in Sudan. It was one of the primary words that were trending amongst people calling for protest and resistance against the government, but I changed it to kundaka, which doesn’t mean anything — I’m implying it as a form of queerness, like queering language in some way. Arabic speakers will think it’s wrong, but I switch pronouns and genders in lyrics”, they told I-D. 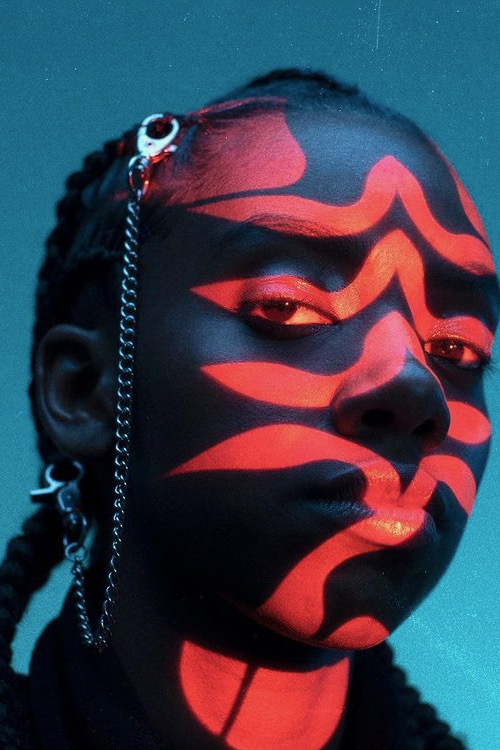 Gender is a topic that is always brought up to them in their interviews, which is not always an easy thing.

Due to the fact they are surrounded by so many allies and members of the queer community, stepping out of that “bubble”, it’s always difficult as on many occasions they are misgendered in publications or when talking to people.

Via Twitter, Dua have expressed that they deal with mental illness and they are pro-therapy. “Did y’all know all rappers are pro therapy? like every single one. Please seek it out!“, they tweeted recently. 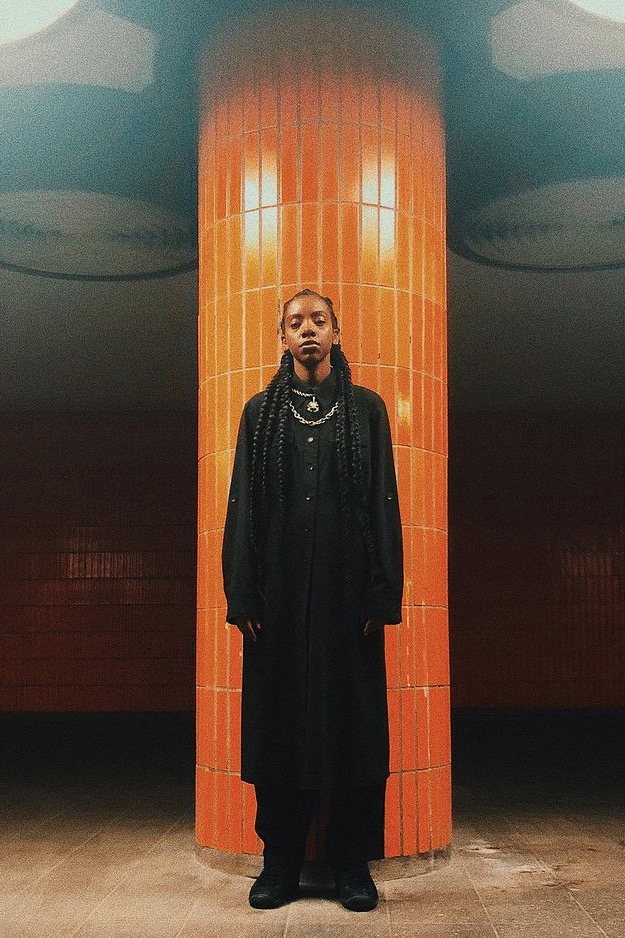 Despite the rise of LBGTQI+ community awareness, those situations inevitably happen and that is what Dua aims to change.

“People are so infatuated with transness and infatuated with the idea of nonbinary identity and non-gender specific existence. Two of the first people who tried to manage me, the first few questions they asked were about my genitals because they didn’t know if I was FTM [female-to-male] or MTF [male-to-female] and they were speculating a lot about sexuality. Before I was even thinking about resistance movements, there was already a level of fear I had of voyeurism. I even asked a writer, I won’t mention the publication, but I asked them if there was a way for me to make momentum as an artist just based on my music and not based on tokenization. They said, ‘I don’t think so’, and hearing that was terrifying”, they admitted to Paper. 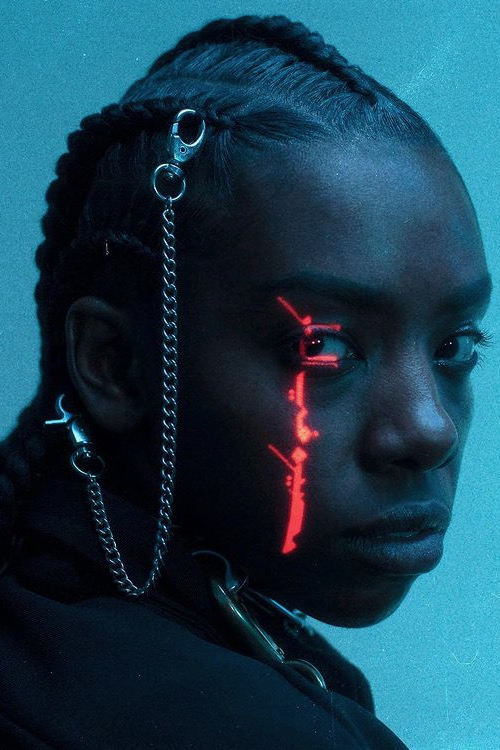 Currently living in Newport, South Wales, Dua have joined the cast of the Netflix show. They will be playing Cal, also a non-binary character.

“Cal is very resistant and rebellious and disestablishmentarian”, Saleh told The Face. “Cal’s resisting the status quo because the status quo is inherently violent to the students. It is harmful to their self-expression and their identities.”

With so many things lined up, the absence of live performances has been replaced by constant poetry and music writing and producing. “I’ve recorded a bunch of stuff with Psymun, Stint, and some other people. Also songs I’ve produced myself”, they tell The Face.

In the meantime, check out some of their awesome videos: