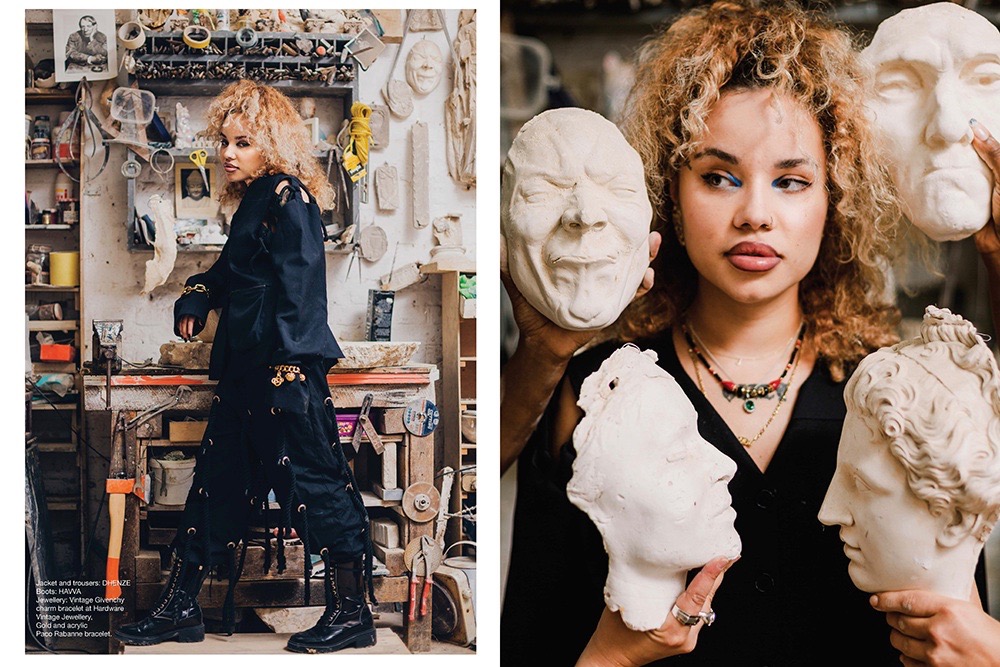 JGrrey’s music makes you want to gather your friends, pets and lovers together in a hazy, plant-filled room and dance and cry together all night. That’s the only way I can describe it.

Her music has been described as ‘neo-soul’, ‘club-ready’, silky, 2000s-inspired and Sade-esque. But the singer hates defining her personal style.

Despite this, JGrrey’s interviews often involve discussions of self-identity. When asked, on two occasions, to describe her music she replied “I hate describing my music” and “I don’t feel like I should ever have to.”

So she doesn’t like the question, and that seems fair enough. If I meet her, I won’t ask. When she doesn’t feel an interview question is worthwhile, her responses mirror Amy Winehouse’s ‘fed-up’ bemusement.

But, like Amy Winehouse, when JGrrey talks passionately, it’s enigmatic and engaging. Identity, more generally, is something she discussed candidly in her interview with DECENT Magazine, telling them “I think I have been going through an identity crisis my whole life.”

The ‘You’ and ‘Me’ tattoos on her face represent our constant self-interrogations and the universal desire to completely know ourselves. Being able to help people with her music and honest lyrics has helped her. Her realisation that “maybe my life has nothing to do with me and it’s all about […] what I can do for other people” put the breaks on her constant existential anxiety.

Unlike the existential and emotional complexity of her lyrics, her clothing style is often quite laid-back. Though she told ENFNTS TERRIBLES “as someone with an identity crisis, my aesthetic is always changing.”

She often wears baggy, colourful trousers with vests and adorns herself with jewelry;  from thick Cuban chains to dainty butterfly clips. Equally, she can be seen in short party dresses and fur coats. Colourful wigs and fleeky eye-makeup make for stunning looks during shoots.

When I saw JGrrey live in March 2019 at Hackney Creative Social Club, an intimate space filled with plants, I got a real sense of the cult following that her music and aesthetic has propagated. Gen Z friends and couples in baggy trousers, vests and bucket hats held each other, swaying sofly to the music.

They didn’t know exactly who they were. But neither did she. And she was killing it. Honestly, everyone there was in love with her.