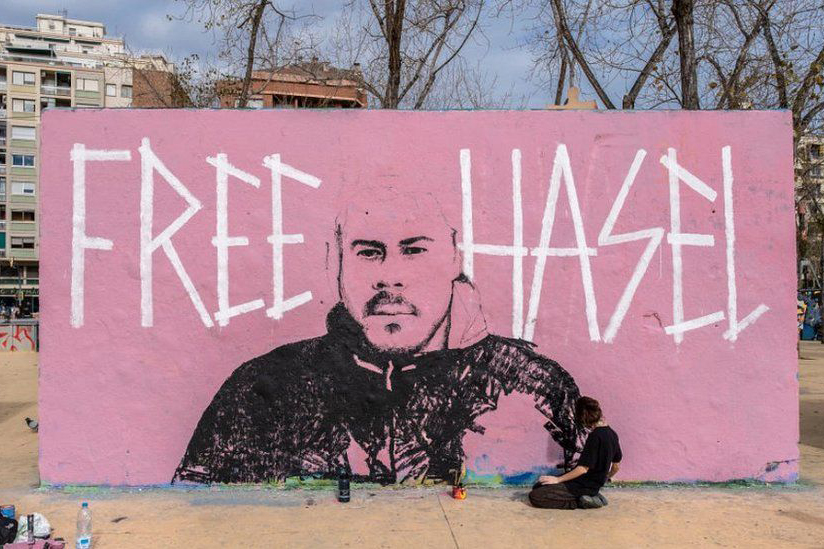 Catalan rapper Hasel (real name Pablo Rivadulla Duro) was convicted in 2018 for calling ex-king Juan Carlos a "thief" and a "mafia boss" as well as insulting the police in his songs and tweets. The rapper faces nine months in prison on a charge of glorifying terrorism and slandering the crown.

Hasel was due to turn himself in last week but he defied the order. Instead, he barricaded himself inside a Catalan university (Lleida University) to avoid the sentence. The rapper tweeted overnight that he would go to prison "with my head held high" if he was taken away. "We cannot allow them to dictate what we can say, what we can feel or what we can do," he tweeted, adding that he had chosen not to go into exile abroad, which is what another rapper named Valtònyc did in 2018. Valtònyc was sentenced to three-and-a-half-years in Spain, but he fled to Belgium, where a court decided not to extradite him. He remains wanted under a Spanish arrest warrant.

Pablo Hasel was eventually arrested Tuesday morning and taken to prison. That same night protests broke out in cities all across the country in support of the jailed rapper. In Barcelona thousands gathered, waving placards reading "Free Pablo" before the protests turned ugly as police charged and demonstrators set rubbish bins on fire.

The case of Hasel has reignited a debate about free speech in Spain.

“No one should be prosecuted for expressing their opinion on social media or for singing something offensive or shocking,” said Esteban Beltran, director of  Amnesty International Spain, in a statement issued just hours before Mr. Hassel’s arrest. “Expressions that do not explicitly and directly incite violence cannot be criminalized.” 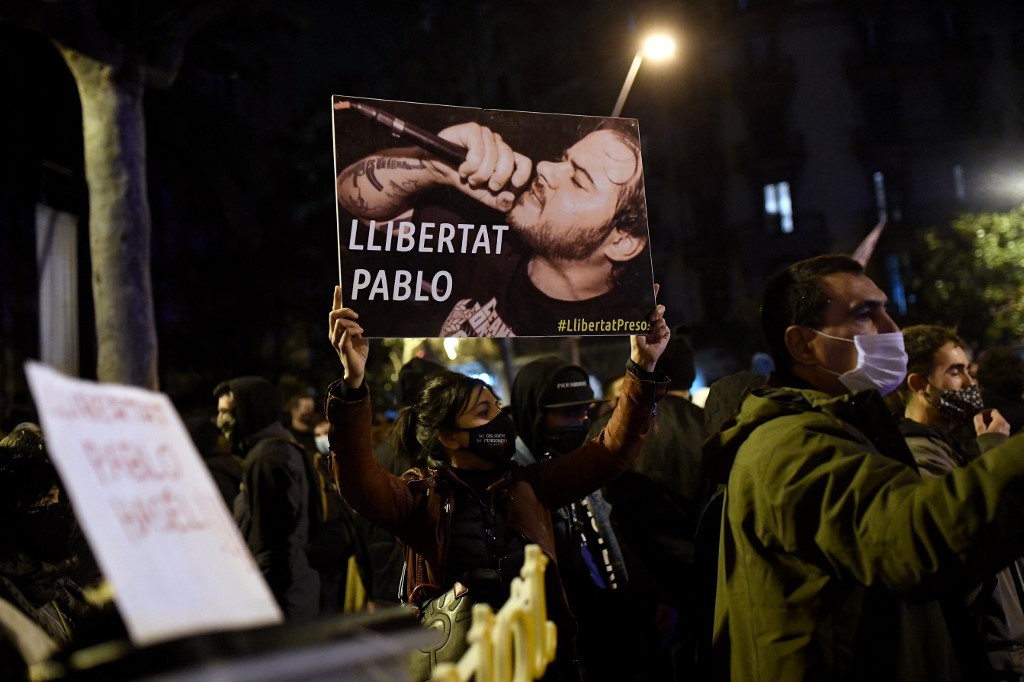 More than 200 artists, including film director Pedro Almodóvar and Hollywood star Javier Bardem, have signed a manifesto (alongside 100,000 other supporters) against the rapper's jail term, "We have come together to show support for Pablo, to demand his release and that these types of crimes – which curtail rights, not only freedom of expression but also ideological and artistic freedom – be removed from the penal code," said the petition which was published on Monday.