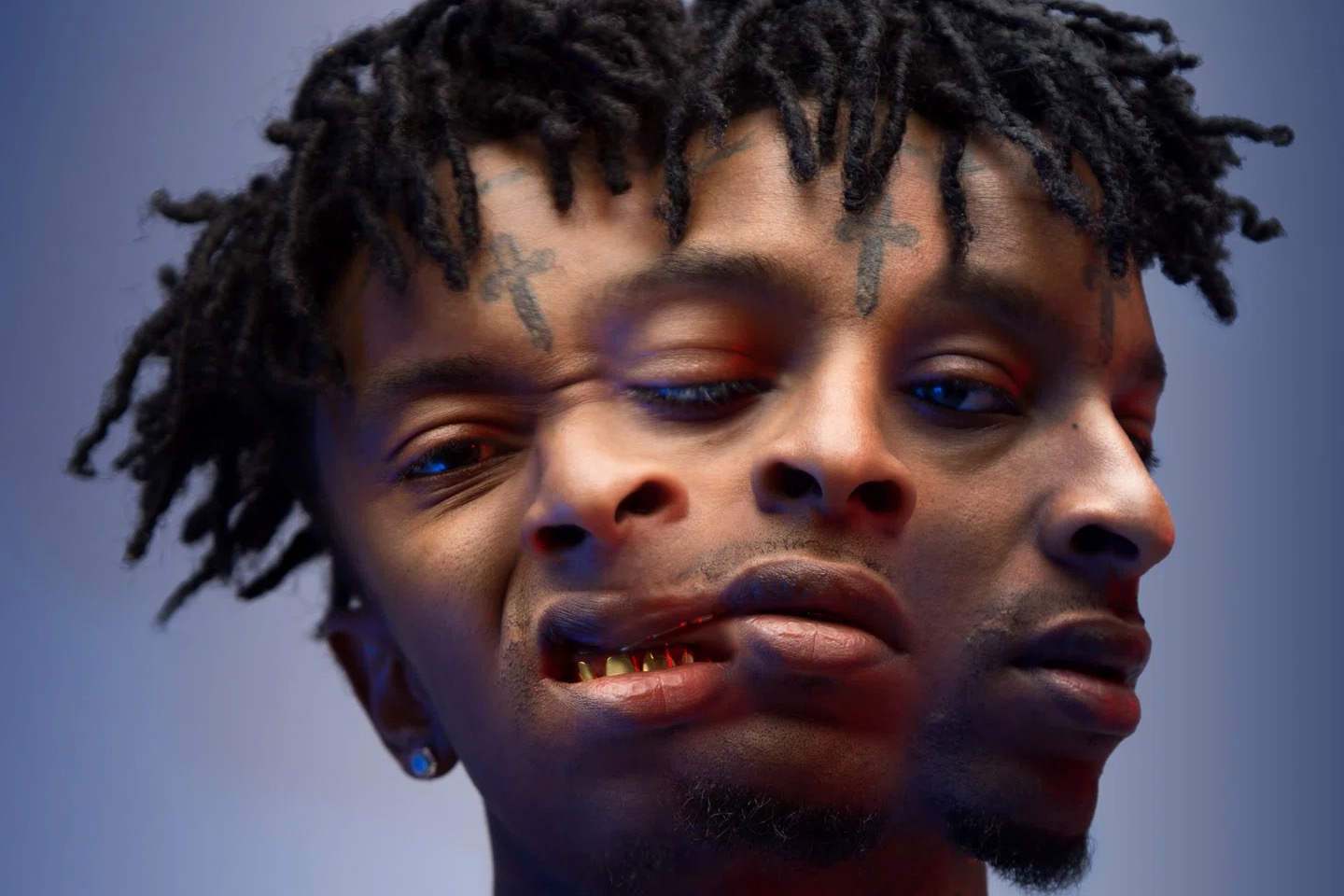 The photographer Tom Keelan, based in New York uses his art to seek a different perspective of his subject, with the distortion and representation of the image her manages to emphasize the fact that at the end of the day, we are all human.

Keelan has done numerous pieces for renowned celebrities, from singers to athletes, we find people of the likes of TNGHT, Danny Brown, 21 Savage, and Playboi Carti among his past clients. 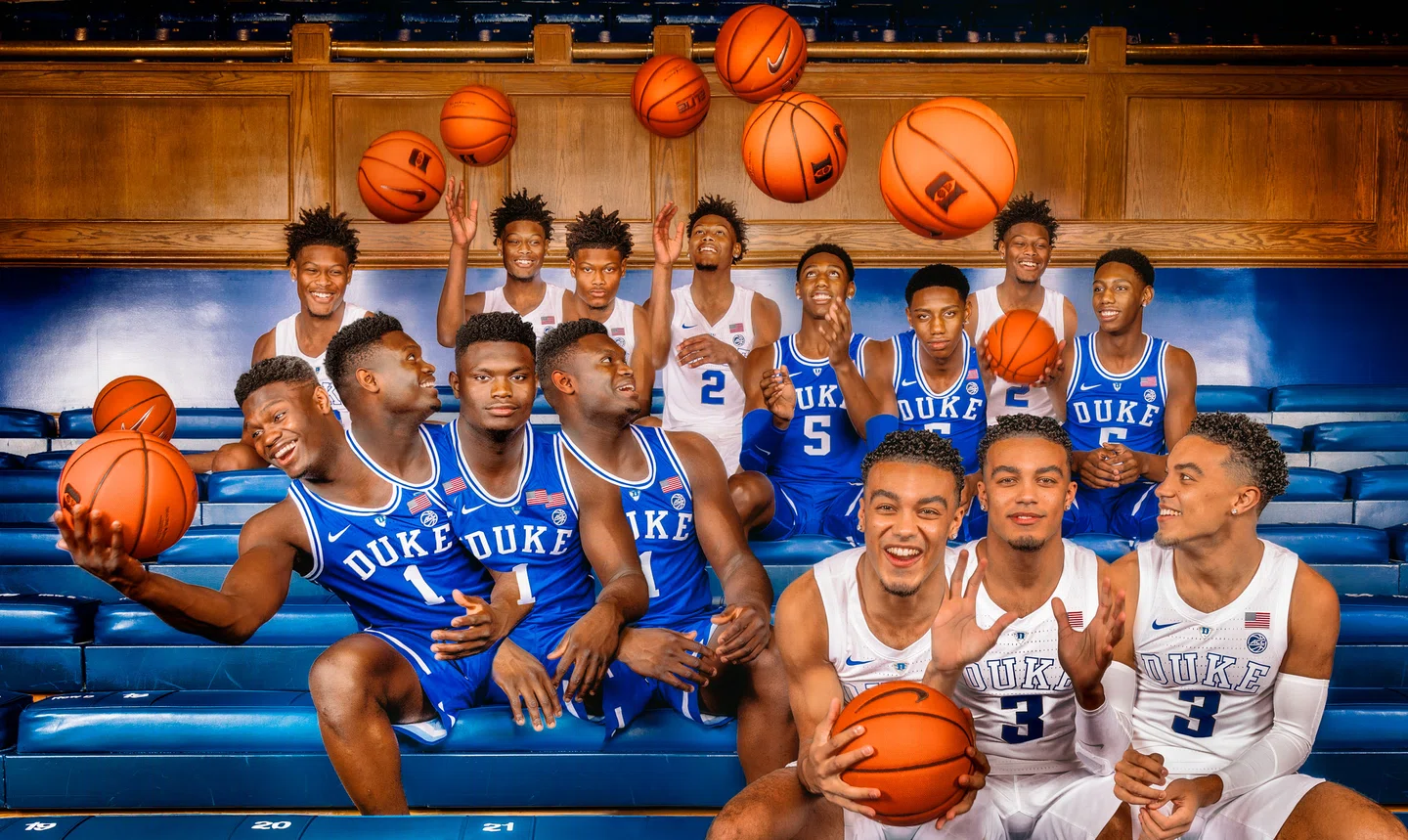 Source: Its Nice That I Duke Basketball for GQ (Copyright © Tom Keelan, 2019)

Early in his career, Tom found himself stuck in the creativity and innovation that his work entailed. Ever since he began to study photography he had seen himself caught up in similar creative blocks. For the photographer, the editing process was undoubtedly the most frustrating for him, it paralyzed him and he ended up cutting negatives and printing and pasting collages, who knew this would end up being the thing that would set him apart from everyone else.

Keelan would witness other creatives and their work change, grow, and evolve over time, and yet when he looked back at his own work, he couldn't identify much progress besides the inevitable gain of skills. And so, he began to imbue more of his personality into his art, and slowly by surely Keelan too, began to flourish as an artist. 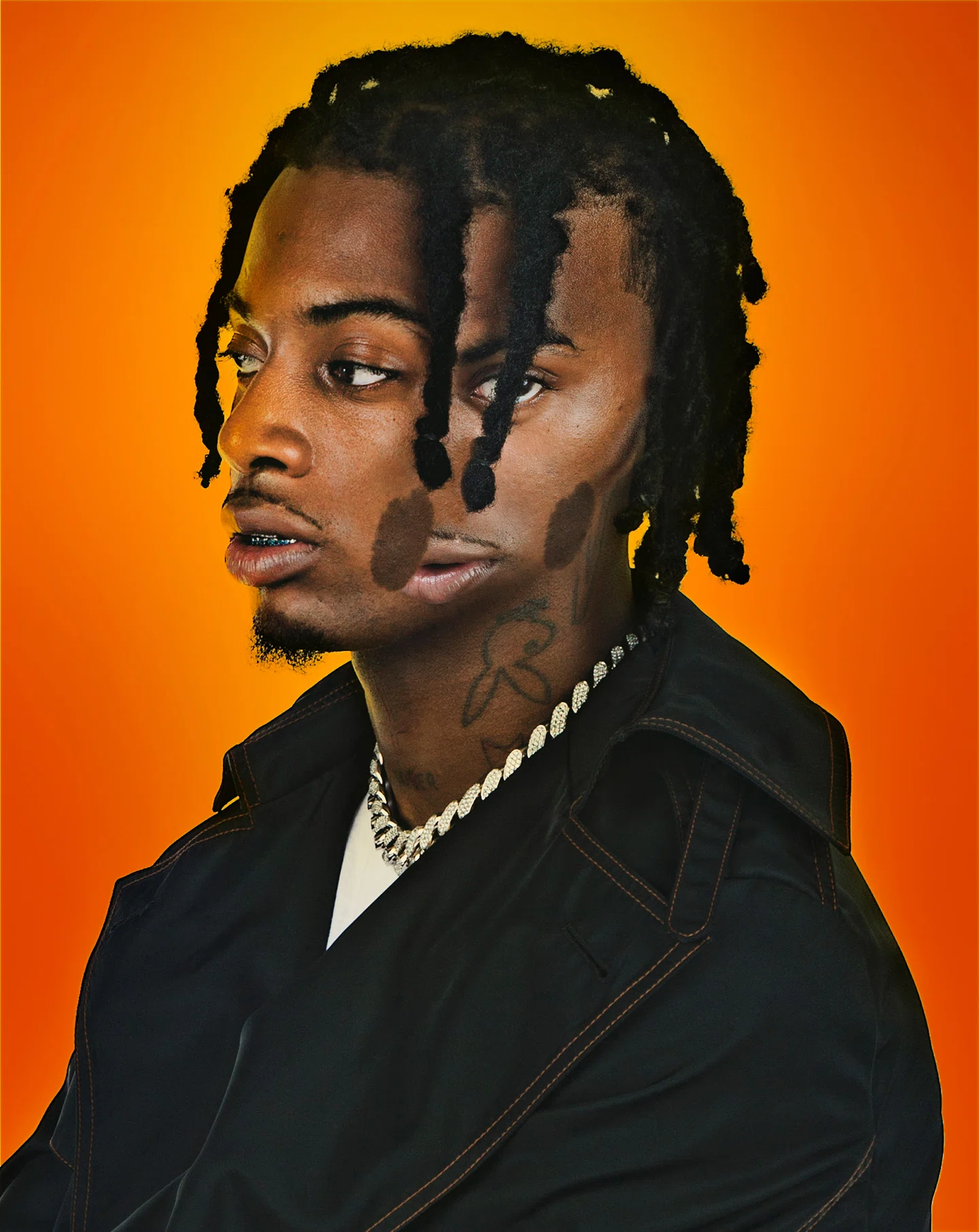 Source: Its Nice That I Playboi Carti for Dazed (Copyright © Tom Keelan, 2018)

The photographer usually works with characters from the music industry and generally always likes to mix both industries, since both have been part of his life.

Unlike most average photographers, Keelan admits he is not able to capture mundane scenes of the city. He does not go down to the street, in order to observe his surroundings and capture it with his camera, his magic takes place in the editing booth. Nonetheless, he has always been fascinated by photographers who have the ability to simply walk around the city, and manage to snap works of art directly through their lens.

Funny thing is, his frustration as a photographer and not being able to capture the atmosphere they way he would like, is what fuels his editing work. 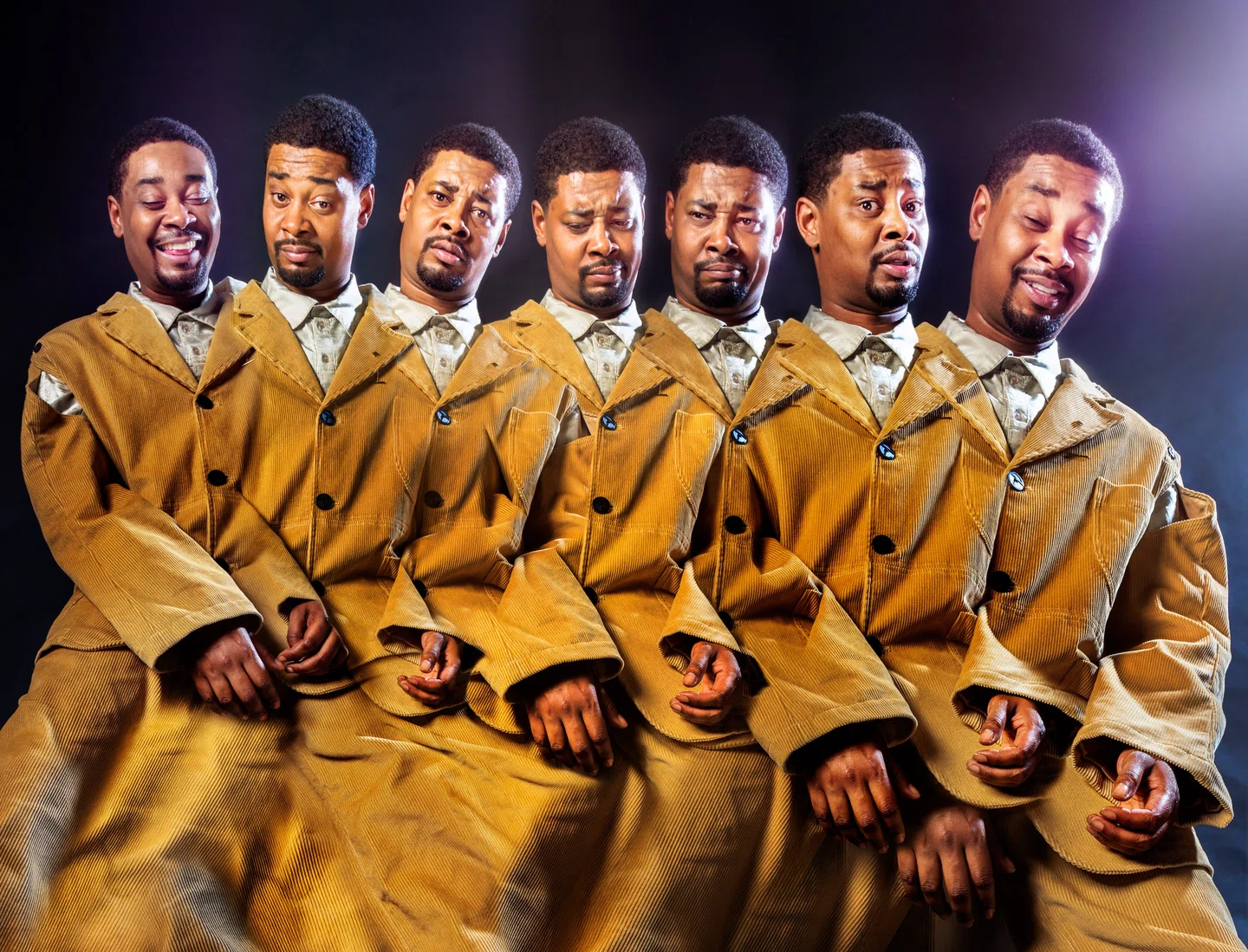 Source: Its Nice That I Danny Brown for Warp Records (Copyright © Tom Keelan, 2019) 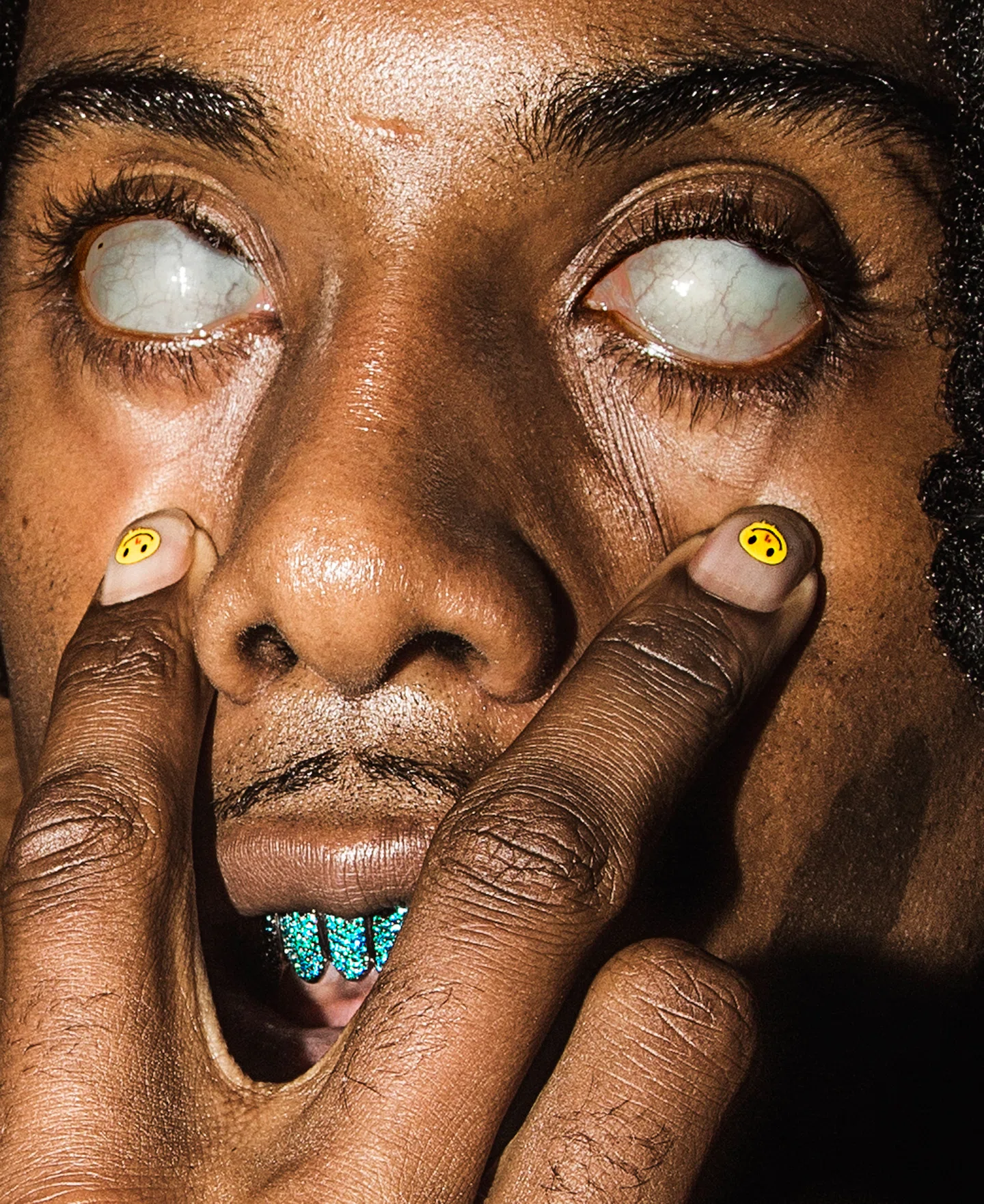 Source: Its Nice That I Playboi Carti for Dazed (Copyright © Tom Keelan, 2018)

The goal of Keelan's edition is to bring his subjects to life despite the limitations of a static image. Highlighting that movement creates dynamism in the subject's expressions, and this brings the subject closer, thus making it appear more real. In part, this concept works so well due to the subjects he photographs, they are musical and sports idols, and like many people Tom is also a fan of theirs. However, at the same time, his portraits attempt to distort the idolized figure that has been imposed on them, or that they are believed to have. In other words, his work seeks to challenge said idealization.

Bringing out the reality of his subjects, of showing them for who they really are, regardless of their work, they are normal people just like you and me, with their perfections and imperfections, their mistakes, their moods, and their process of personal and professional evolution.

This concept that Tom Keelan shows in his work is a great call, to keep our feet on the ground and get rid of that pedestal we where we place our idols, inspiring or motivating and idolizing, are very different concepts. Keelan's works of art are certainly very personal and unique, but most of all, they are real. 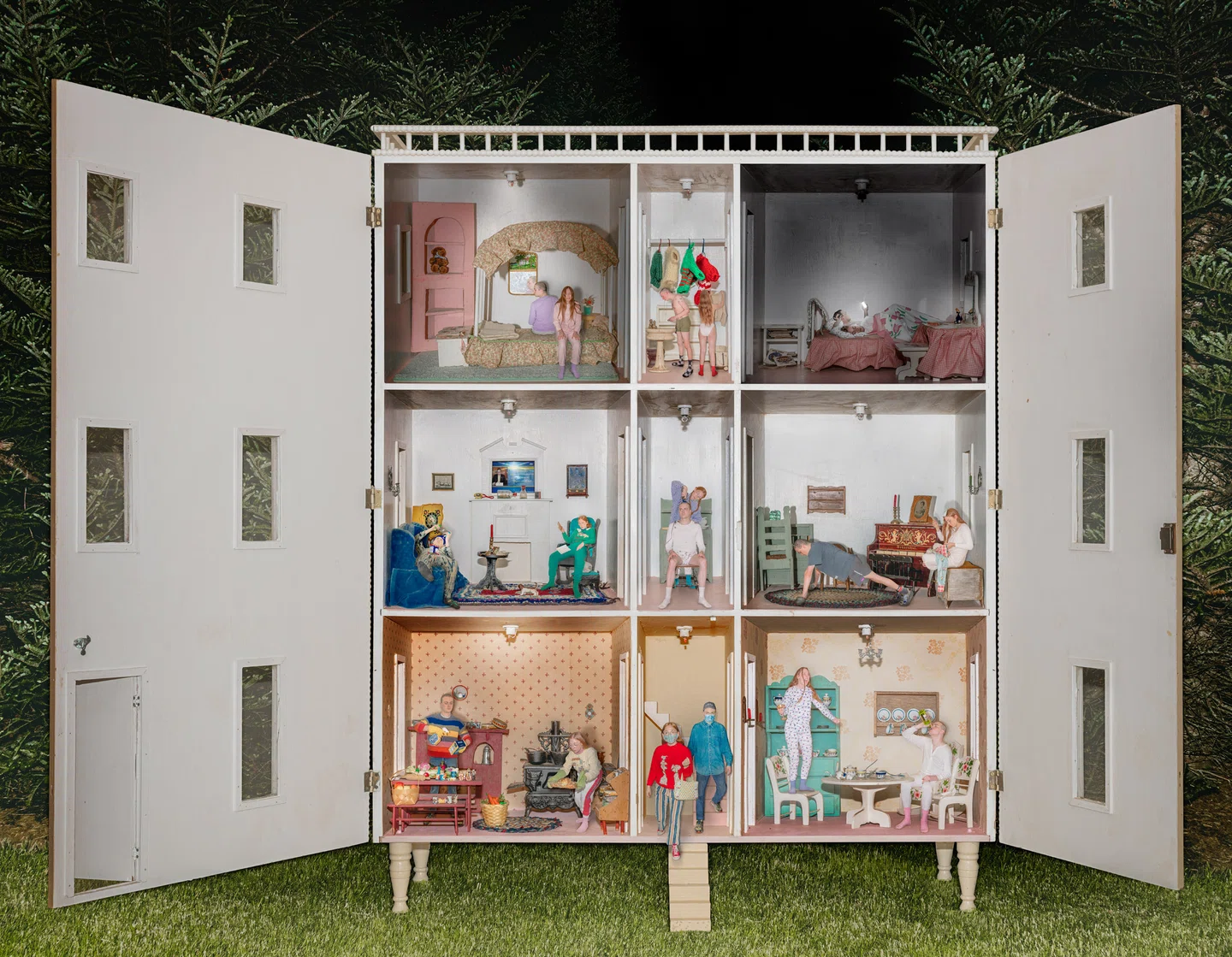 Source: Its Nice That I  Quarantine Doll House for The New York Times (Copyright © Tom Keelan, 2020)