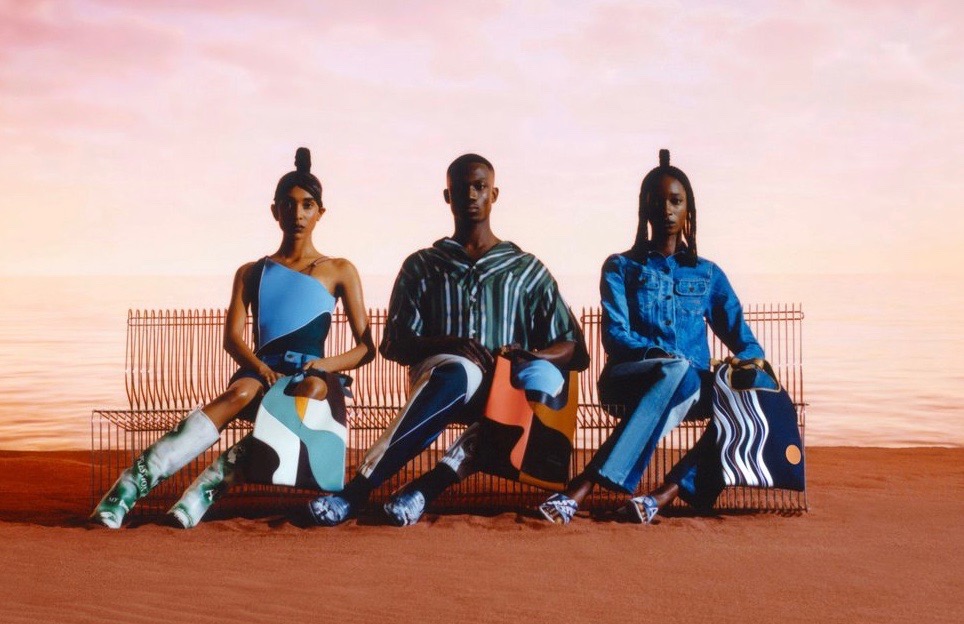 While summer dates are usually synonymous with menswear, this year’s intimate London Fashion Week line-up was opened up to both womenswear and menswear in the BFC’s ongoing efforts to counter the impact of the pandemic.

The ‘digital first’ schedule was not the IRL programming that many had optimistically set their sights on for this summer, but that didn’t stop this cinematographic-heavy programme from creating waves across the industry.

Here are three of The Next Cartel’s favourite designers this season, whose collection-via-film presentations are worthy of everyone’s attention.

Back again this season with more of her signature vibrancy and thoughtful messaging, Ahluwalia has, once again, blown us away.

Ahluwalia’s SS22 collection is her first to feature ready-to-wear womenswear as well as her menswear classics. Her debut womenswear collection comes to London Fashion Week this season after her foray into the domain earlier this year in her Ganni collab.

The collection includes a collaboration with Mulberry as well as her own brand’s SS22 pieces and was presented via the short film ‘Parts Of Me’, directed by Akinola Davis Jr. The subdued, futuristic movie is the perfect juxtaposition to her patterned, denim-clad, vintage-inspired looks.

An exploration of her Nigerian-Indian heritage, the collection draws inspiration from 90s music videos, vintage hair salon posters, and photography by the late JD Okhai Ojekeire who captured hairstyles of Nigerian women.

A celebration of her own cultural identity and Black hair more generally, designer Priya Ahluwalia sought to convey black liberation and joy this season.

“I wanted to do something important and to spark conversation, but there can be joy in doing that, as well – Black hair is so joyful,” she said in an interview.

Designers Jordan Bowen and Luca Marchetto are back again this season and at their best with more countercultural and subversive looks.

Their runway show is filmed in a car scrap yard and as such, the predominantly white collection boldly stands out — a moment of ephemeral beauty amongst ongoing chaos.

With a focus on renewal, this “personal jubilee” for the designers re-imagines the possibilities of masculinity while maintaining their signature focus on British heritage.

The punk-influenced designers have re-birthed this summer in a flurry of tulle roses, dainty knitwear, rich organza and embellished biker jackets. Here, we see masculinity in its most “visceral, jubilant and effervescent” form.

An indisputable highlight of this season’s programme was Nicholas Daley’s film, ‘Return To Slygo’, presented on the final day of the schedule.

Packed with inspiring artists and collaborators, Return To Slygo is an extensively researched, cinematographic “musical conversation on ancestry, culture and resistance”.

Directed by Akinola Davies Jr., the film explores a “musical interchange” between intergenerational Black, British artists in the setting of a London house party.

Packed full of talented and creative people, the camera invites us into this dizzying, summer party, giving the viewer a taste of this fantastical, musical world.

Nicholas Daley’s collection is adorned by each and every guest, the result being a party ‘uniform’ sported by all attendees formed of crochet jumpers, tartan-print trousers and coats, colourful knitted hats and other texturally experimental creations from the designer.

With ‘Return To Slygo’, Daley has proved once again, his technical finesse as a designer and his commitment to exploring social issues and cultural history with his thought-provoking work.