The fashion industry has always been a heterogeneous industry, even before willingly admitting it. It has always been influenced by different cultures and traditions, which then in turn created trends. But in the early days, trends weren’t experienced the way that they are now. Before trends were created and lived thoroughly, they were real. Nowadays we keep reviving those days by inspiring, remembering, and creating through looking back. Throughout the past few decades, we have been able to observe the remarkable influence of a specific culture, the African culture. African culture is a very abundant and diverse culture, from the North African culture to the Central and South African, to the descendants who emigrated to other countries, such as the African American culture.

Each of these particular cultures has made an essential contribution to the artistic scene, in one way or another. Today, we’re diving into how the African-American culture has influenced and inspired contemporary fashion.

Let’s travel for a second to North America in the 70s, to the height of the disco era. A time where the hippie era was in all its splendour, without a doubt a decade of much music and fashion. Donna Summer and her resplendent outfits remain etched in the minds of many, as well as her songs. Another classic trend of the disco era was the wonderful and voluminous afro hairstyle, the mythical afro bob cut is undoubtedly an icon of the time and has been so ever since, embracing the Afro aesthetic. 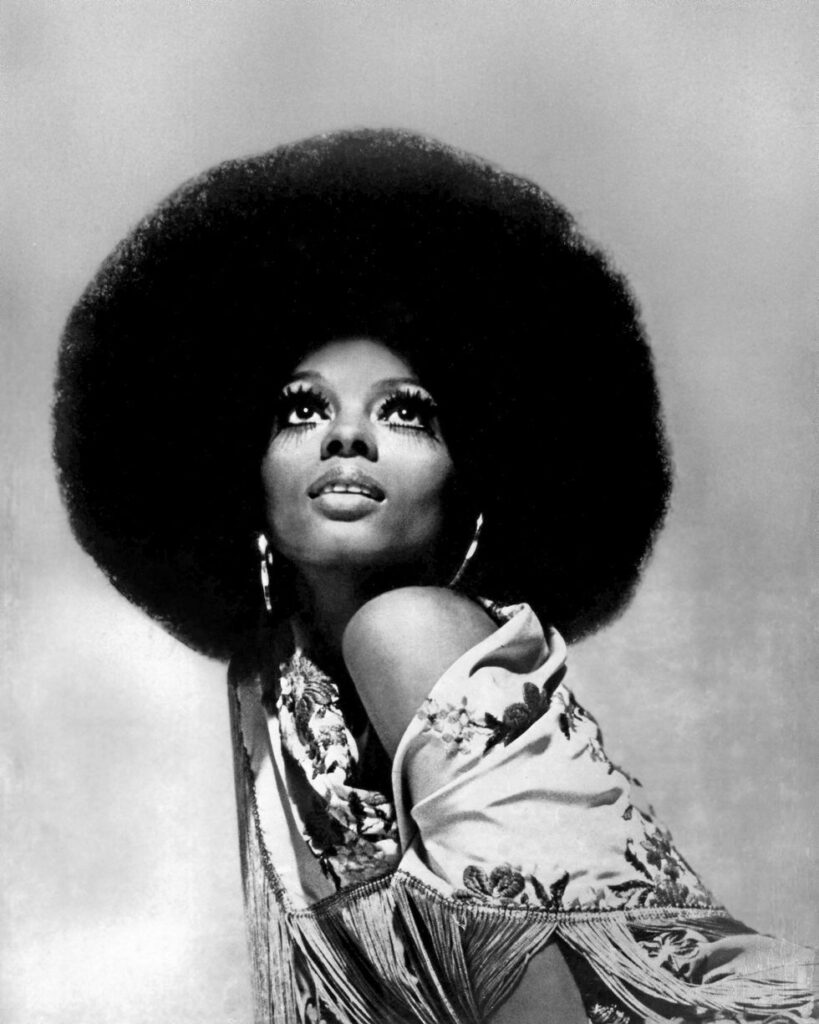 Although the hippie movement was a big part of a North American civilization, the style that the black community opted for is undoubtedly a style that was known to be brought back to life. Following the trend of the moment with flared pants, jacquard effect shirts, and fitted jackets with shoulder pads, we can say that the African American style of the 70s is one of the most impeccable trends that we have seen in the history of fashion. Currently, as you’ll probably have noticed, the 70s has become the trend of the moment, with both its disco and hippie aesthetics being combined in its present-day revived iteration.

This era is also being re-appreciated on the runway, and doesn’t show signs of leaving anytime soon. For example, Gucci’s creative director Alessandro Michelle, has made sure that the Italian fashion giant’s designs are full of 70s references as of late. 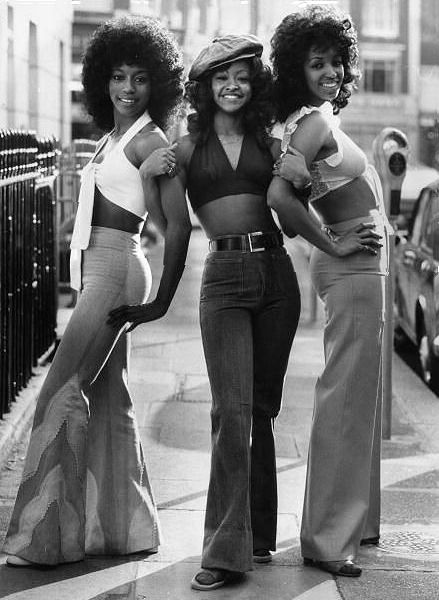 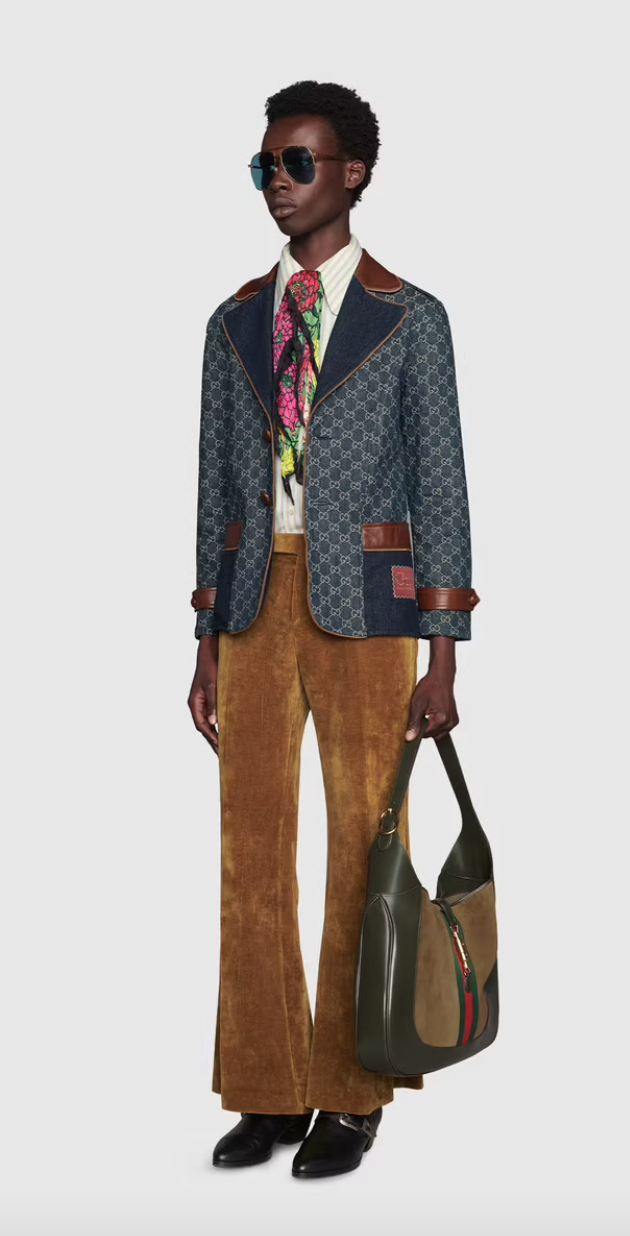 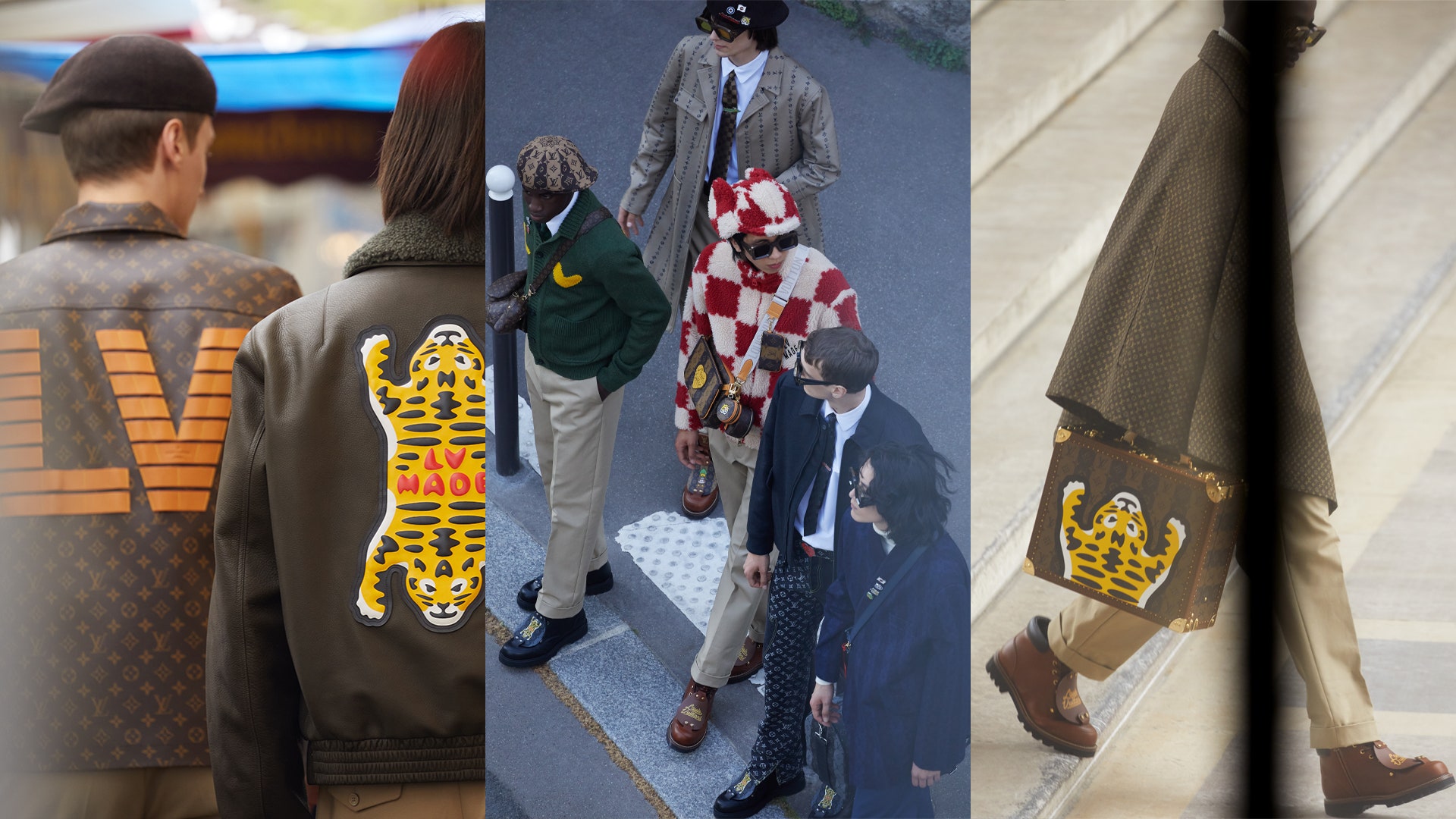 We adore the 70s, that’s for sure, but the 80s & 90s had too much of an impact not to be praised in the same way too. Welcome to the one and only era of Hip Hop. Hip hop has undoubtedly been the most important era of African American culture. This urban era encompassed a large number of artistic currents. On the one hand, the music; where we find rap, a musical milestone claiming for the racial and political injustices of the time, using rhyme and a beat as the main element. On the other hand, dance, where new styles of the so-called “Old School” were born; breakdance, popping, and locking. Another key element was plastic art, where the graffiti revolution became one of the most important street arts from then onwards.

And of course, fashion… The fashion of the 80s / 90s was without a doubt a great social shock, we went from the bells of the 70s and the tight-fitting blazers with shoulder pads to the now loved and adored “oversize” style. The 80s were the beginning of the hip hop era and since it was preceded by the hippie era, we could clearly see its evolution, the bright and homogeneous colours were essential at the time, the iconic bombers packed with colours, which immediately makes us think “The Fresh Prince” starring Will Smith, without a doubt that show is a great perspective on the fashion of the 80s. 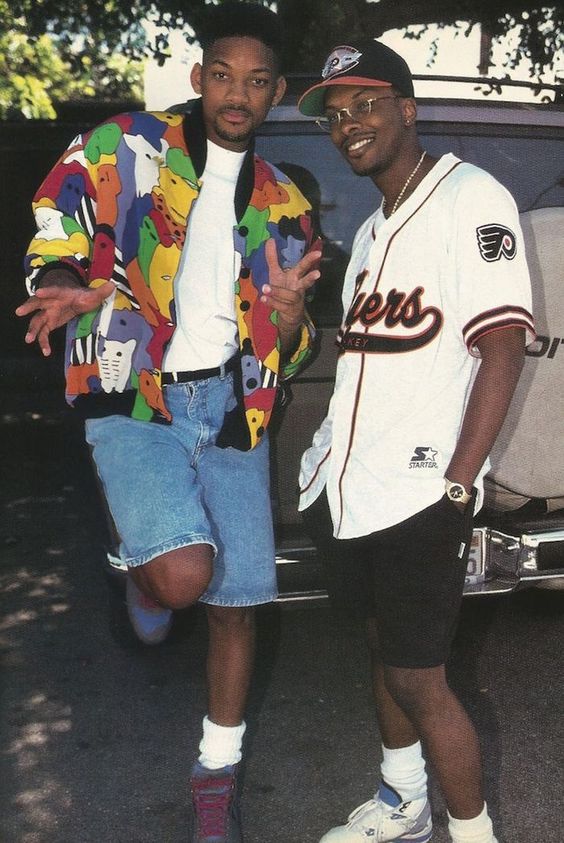 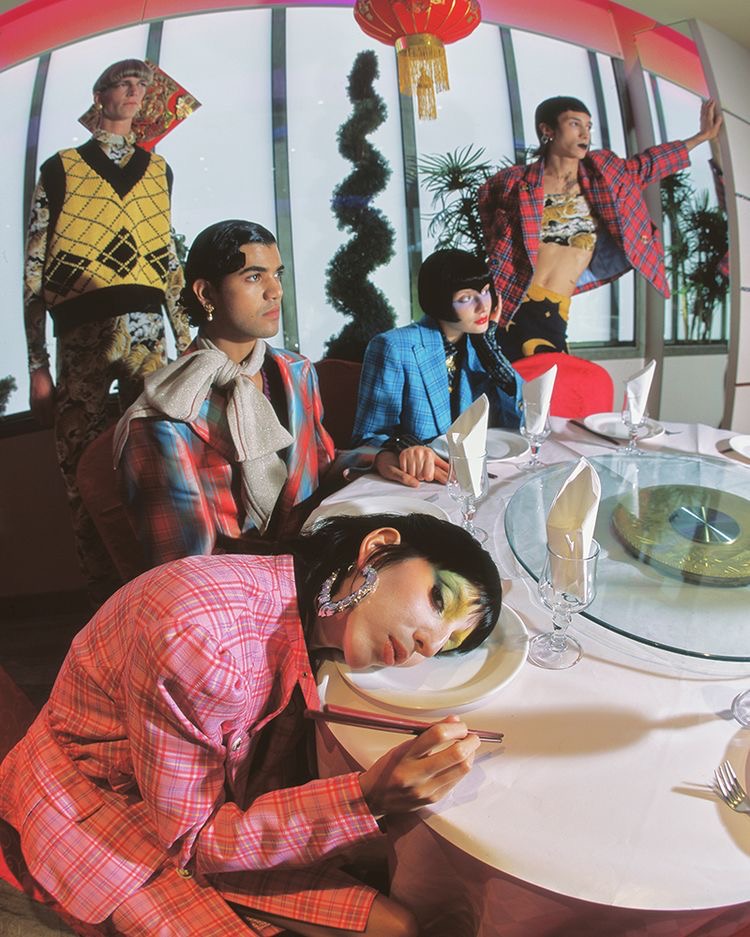 The 90s took a slight turn to a darker vibe in comparison. Hip hop culture became incredibly prominent, socially paramount, and culturally relevant. As a result, this artistic trend became the main focus of the time. Not only did this greatly influence society, but also reached the interest of the highest spheres of haute couture. Gold chains, bombers, low waist, dark and muted tones… All elements that we witnessed being plucked from the street all the way to the 1991 Chanel runway, even trucker hats! Talk about climbing the ladder.

Of course, we cannot ignore one of the chief fashion references of the time. We’re talking, of course, about the one and only Tupac Shakur. 2pac did so much more than revolutionize the history of music. The rap legend was not far behind when it came to creating trends, denim overalls, XXL sweatshirts paired with baggy jeans, timberland boots and the iconic headscarf. We really can’t think of a better way to describe 90s fashion. 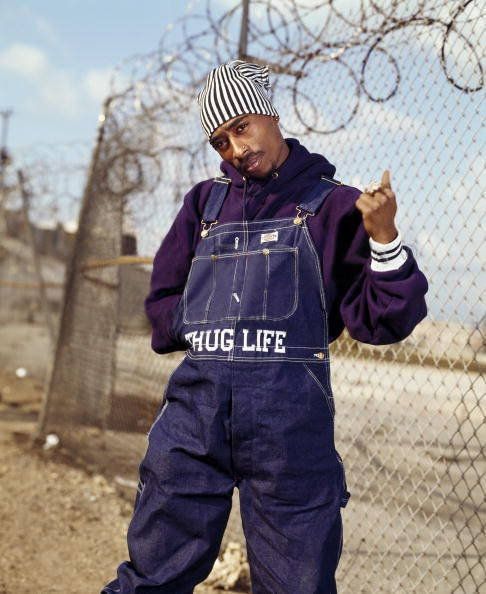 If we’re learned anything at all, it’s that these three decades have been of great importance in advancing the contemporary history of fashion. African American culture and its exceptional contributions have been essential to making current fashion what it is. Without it, who knows if street fashion would have made it to the runways. Merging and creating new elements, breaking the barriers and limits of culture, and, as a consequence, those of fashion too. 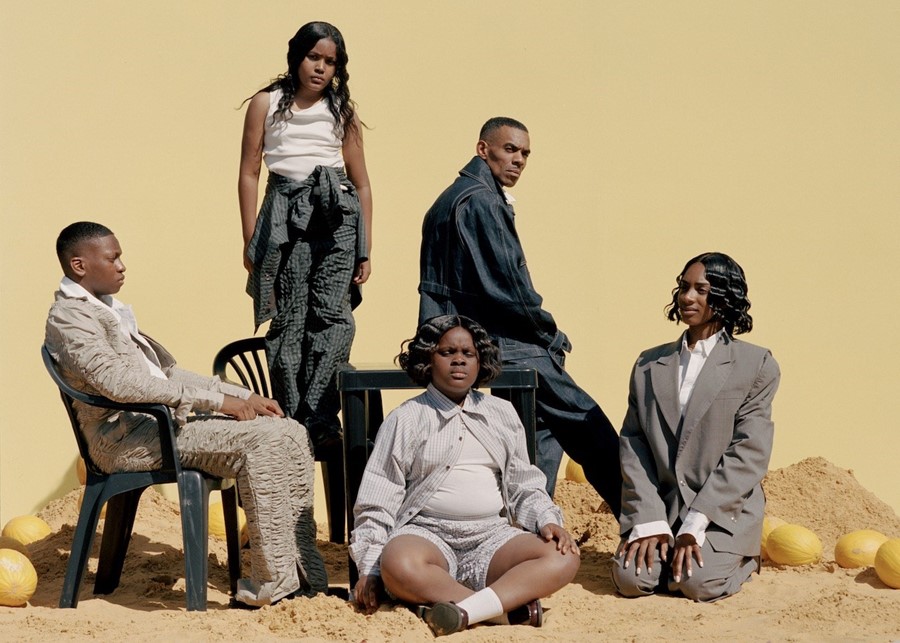