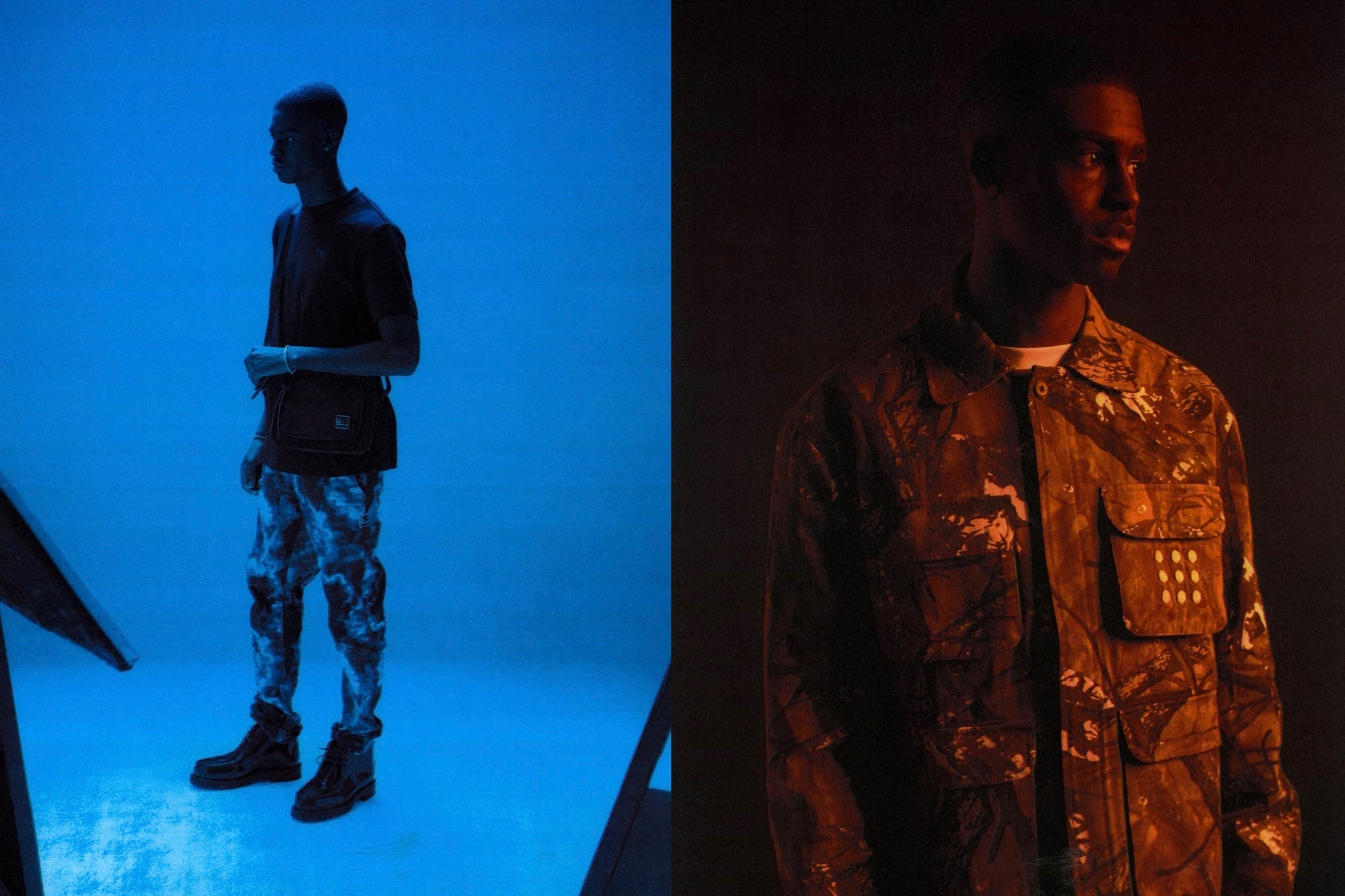 “There are certain areas of feeling and reality—or unreality or innermost yearning, whatever you want to call it—which are notably inaccessible to words. Music can get into these areas. Painting can get into them. Non-verbal forms of expression can. But words are a terrible straitjacket,” Stanley Kubrick

Kubrick’s phrasing in the quote above seems to sum up the downfall of words quite perfectly, which, yes, is a little ironic. But it’s probably Kubrick’s conception of words such as “straitjacket”, that lies behind the enormous success of his ‘show don’t tell’ approach. Specifically, he understands and responds to a human need for mystery in our constant quest for cosmic truth.

Words, for him, are too limiting. Too demonstrative. Too suffocating.

At The Next Cartel, we live for visual and innovative methods of story-telling and are constantly on the search for the most transgressive combinations of artistic mediums. 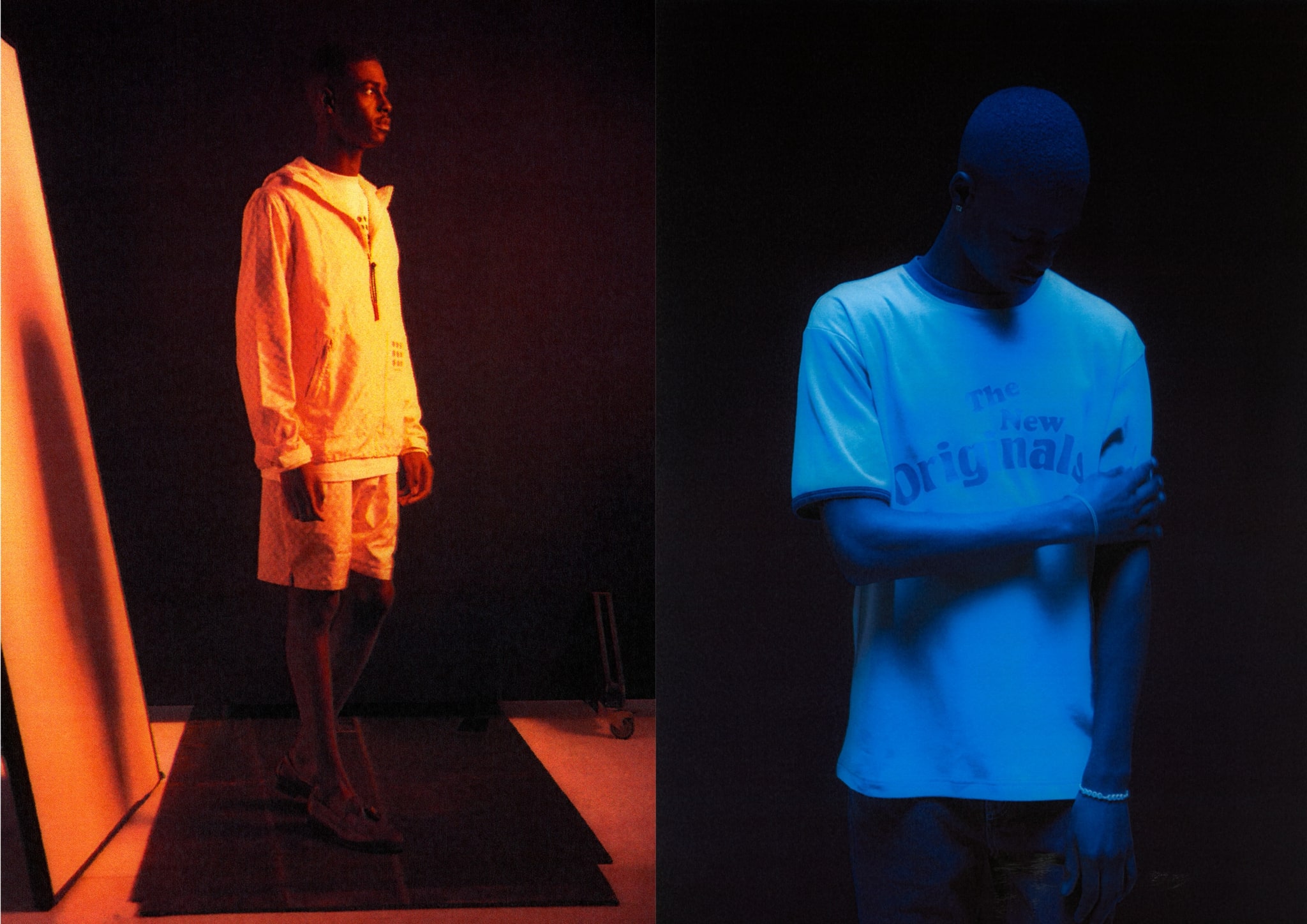 For their SS21 Editorial, The New Originals and photographer Sekyi, took inspiration from the cinematography of sci-fi classics including Blade Runner, and 2001: A Space Odyssey.

Film and fashion are both clear-cut examples of art. Most people wouldn’t have a problem with that statement or, hopefully, even bat an eye-lid. While film is a relatively newer medium, both have the potential to satisfy the three most universally accepted categories for defining art — mimesis, expression, and formalism.

But historically, too often have they been denied the same stature as painting, music, sculpture, and architecture. Perhaps it is this denial of these two mediums as ‘true art forms’ that allows both worlds to be so transgressive and technologically innovative, and for both fashion and film to lend so well to a combination with other mediums of art.

At The New Originals, nothing is quite as it seems. Their pledge to create “performance clothing for creatives”, and always think outside the box, has led them to various portrayals of the unknown, the mind-bending, and the inexpressible to words — told through both their clothes and their editorials.

For their SS21 editorial with Sekyi for their collection ‘Brain Games’, they wanted “to create a fictional, non-existent space in which the light, the scene and the models are elevated to a new plateau.”

The results of the sci-fi-inspired editorial are stunning. Making use of several shots, an entire world is created. An entire story is told.

The new realm that they have managed to create implies an entirely separate world, — a future in which The New Originals stand bravely alone in a landscape devoid of soul — while subtly referencing sci-fi classics.

The blue lights, reflective surfaces, and streaks of darkness are reminiscent of the perpetual night and artificial lights in Blade Runner. Suddenly you are transferred into a sprawling, artificial city, and anonymity is everything. Hence the hoods covering the model’s face. 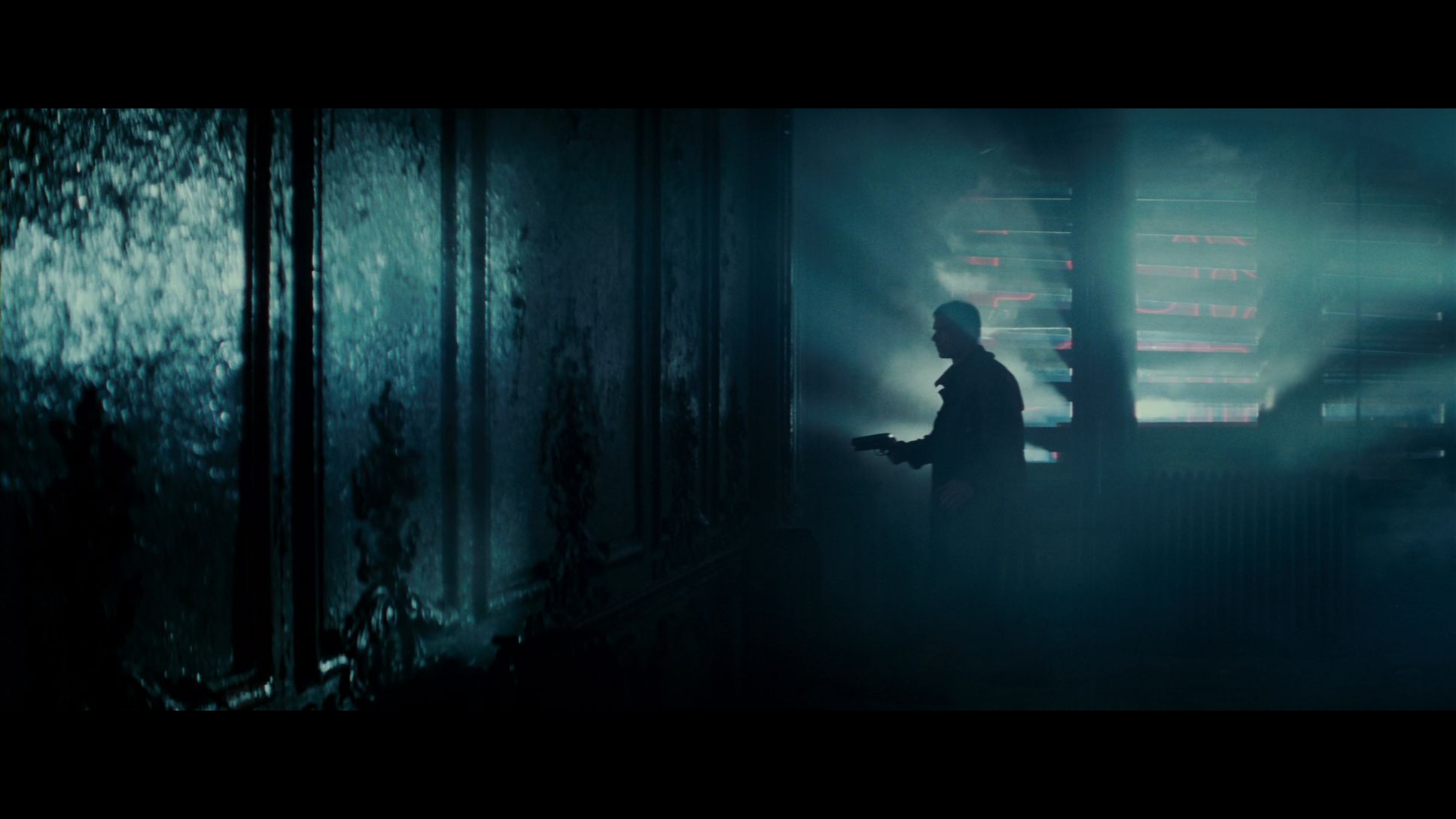 The contrast of the ice-blue colour reflected from the pieces, such as the Workman Long sleeve, is reminiscent of those lighter points used for contrast in Blade Runner, like Roy Batty’s hair, and the rain and glass that Cronenweth used to reflect artificial light.

Then there are those red shots, the vividness of which may conjure images of Kubrick’s work. His relationship with the colour has been described as a “deep and abiding obsession”. And Space Odyssey definitely saw his directorial fascination with this shade bloom. 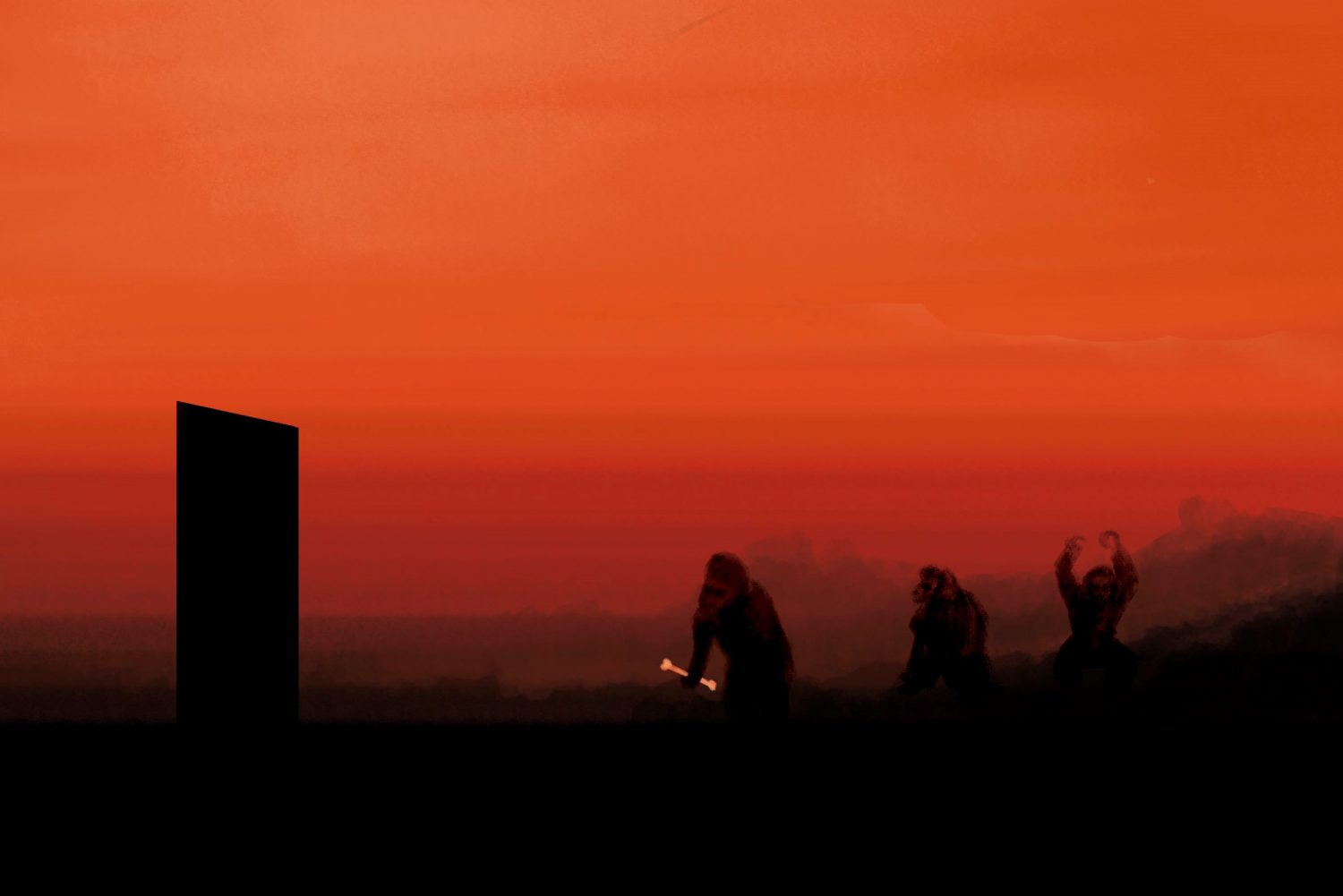 In Sekyi’s shots, there is almost a serenity — which is hard to pull off, given the intense connotations of the colour.  Barron, flat, rocky terrain, perhaps otherworldly, come to mind. Establishing shots of the landscape, and the lone men who walk across it.

The haunting reflection seen in the model’s eyes may, similarly, be a subtle nod to the reflective, emotionless retinas of the replicants in Blade Runner. It gets you thinking, especially with the recent rise of CGI models.

Side by side the blue and red contrast each other beautifully, perhaps bringing into light one of the main features of the cyberpunk genre— thematic and cinematographic contrast. Here, there is an almost Jekyll and Hyde effect, which lends well to the brand’s philosophy — that, “anyone regardless of their background can find and flourish within their creative potential.” 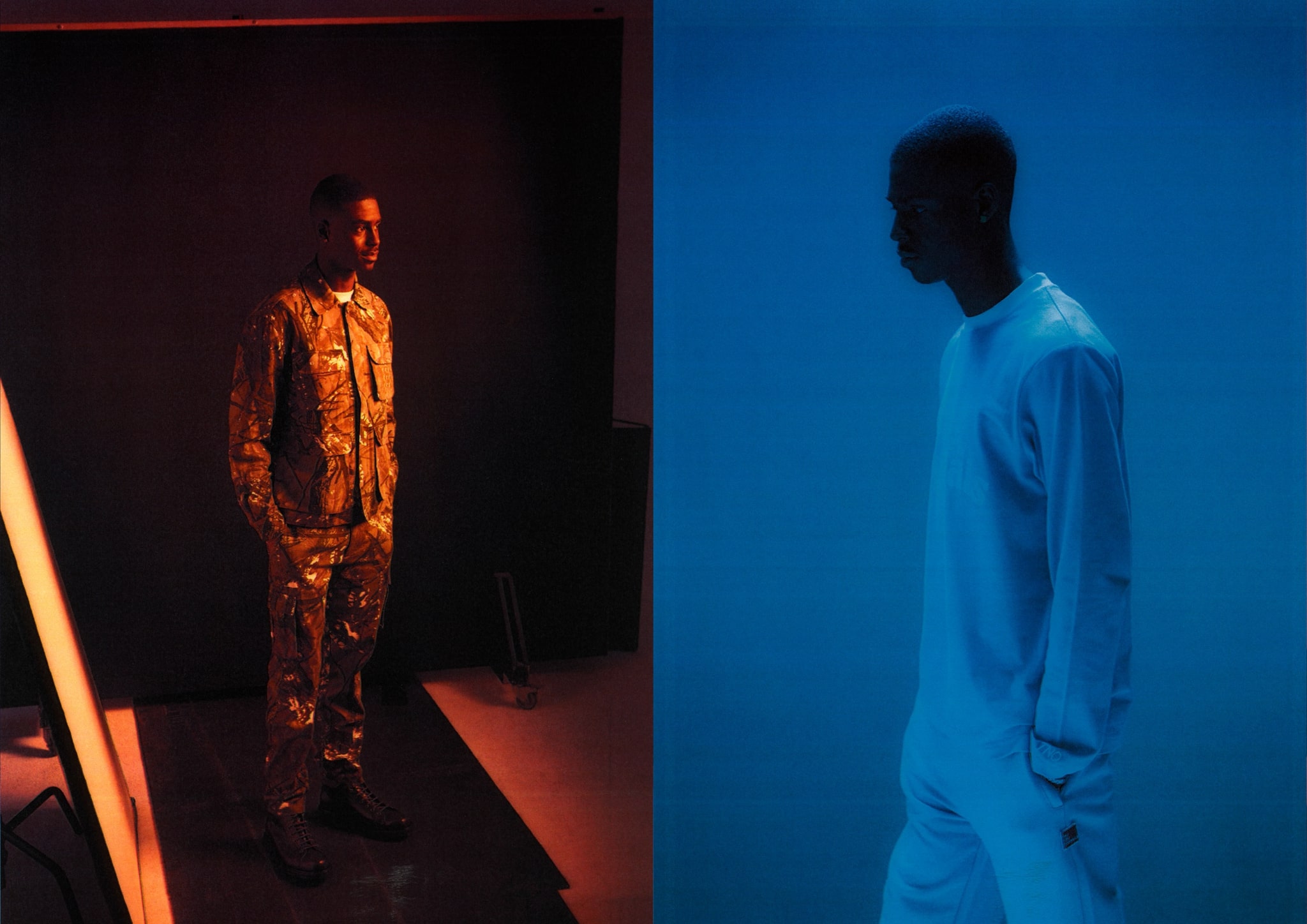 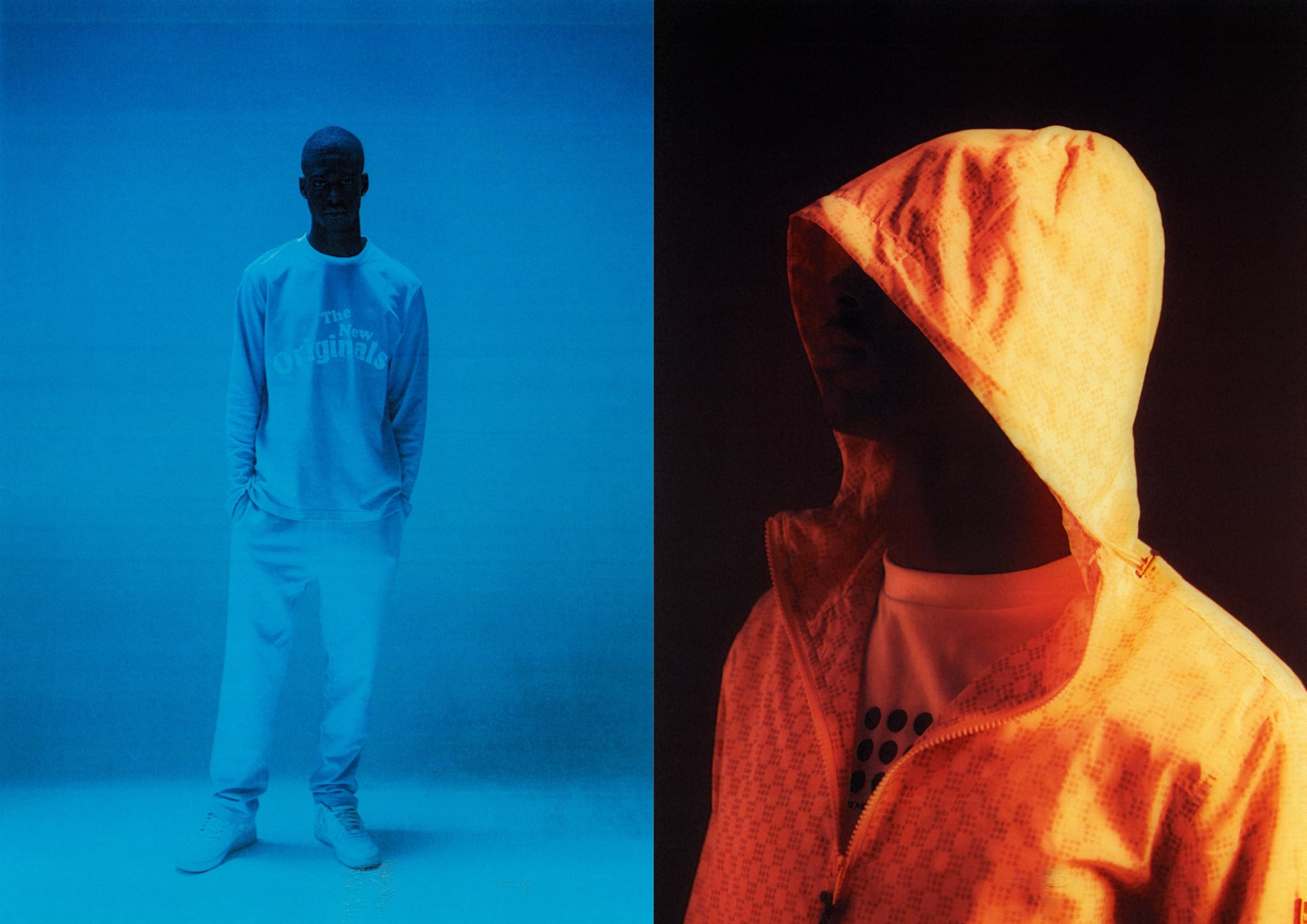 But hey, that’s just one interpretation of the shots. Maybe you thought something entirely different. That’s the beauty of a ‘show don’t tell’ approach. Without the “straitjacket” of words, the potential meanings of art are infinite, and the search for a cosmic truth can go on forever.