The Metaverse Rave That Left Us Wanting Less

Last Thursday, what has been called the first Metaverse rave took place. It has also been called a complete and utter failure, a ‘hell’ to the ‘no’ if you will. So let’s take a quick look at how something so promising, turned into a letdown of epic proportions, to the point of second-hand embarrassment.

The rave was intended as an event to create buzz for the upcoming launch of ‘Lighbulbman’, and NFT. It was hosted by Moss and Melgaard and the line-up included Prins Thomas, Lindstrøm, Might Be Twins, among others. The artists could be seen via a virtual screen positioned in front of the dance floor.

Now, according to some of the (un)lucky attendees, this is more or less what it was like:

All you needed to enter the rave was an internet browser and an email address, you were then made to choose from a limited selection of avatars. You were able to customize your avatar, albeit quite poorly since all you could decide on was one of two genders and an outfit out of very little choice. Once you had your character and your name you could enter the rave where, ironically, movement was pretty limited. This last issue was criticised by many, who questioned whether whoever had organized the event had ever attended a rave, a.k.a dancing is kind of a big part of the whole thing. 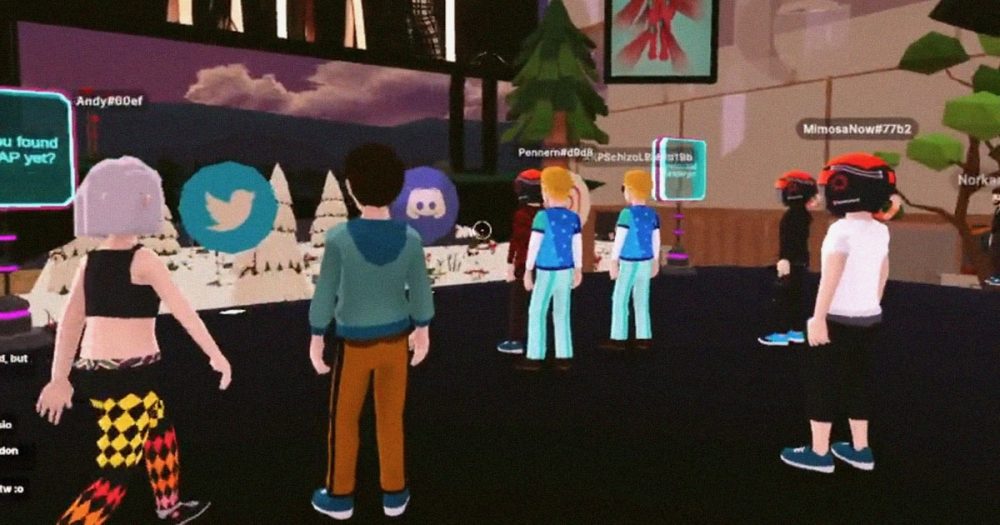 The Decentraland universe didn’t do the Metarave any favours, users recount that the elements were badly rendered, you would fall through a spiral staircase, bump into an invisible wall, and your feet wouldn’t even touch the ground! What has been deemed the worst rave ever, basically consisted of a virtual venue, with a screen to watch artists trying their best to liven up a party consisting of 15 avatar floating a couple of inches off the floor, motionless.

There are those who have come out to criticise the event by saying that the Metaverse, and NFTs, and everything around it, is just a hype machine created by people with money basically. That it is an example of what investing and funding for the sake of investing and funding can do, without there being a genuinely good and useful product. And one an’t help but wonder if this might be true. We have the technology for something so much better already, just take a look at some of the videogames developed. Movement has existed in the digital world for over 20 years, remember “The Dancing Baby”? That was created in 1996. So what’s the excuse here?

Now of course, an 3D rendering of a baby that does the same dance over and over again isn’t the same as a human being’s digital representation, but, videogame characters have been moving quite skilfully for a decade now.

It’s clear that the technology is there, and the concept is there too. Now we just need to put two and two together. Perhaps the hype about the Metaverse and NFTs has skyrocketed to astronomical levels in such a short period of time, that creators and developers and everyone involved basically are rushing this whole thing.

Of course there is a bright future for this technology, and no doubt it will hold a prominent influence over society, but it needs to develop the right way, and that takes time. Integrating new ways of experiencing life is no menial task.

So maybe the Metaverse is happening… But maybe also, not right now?